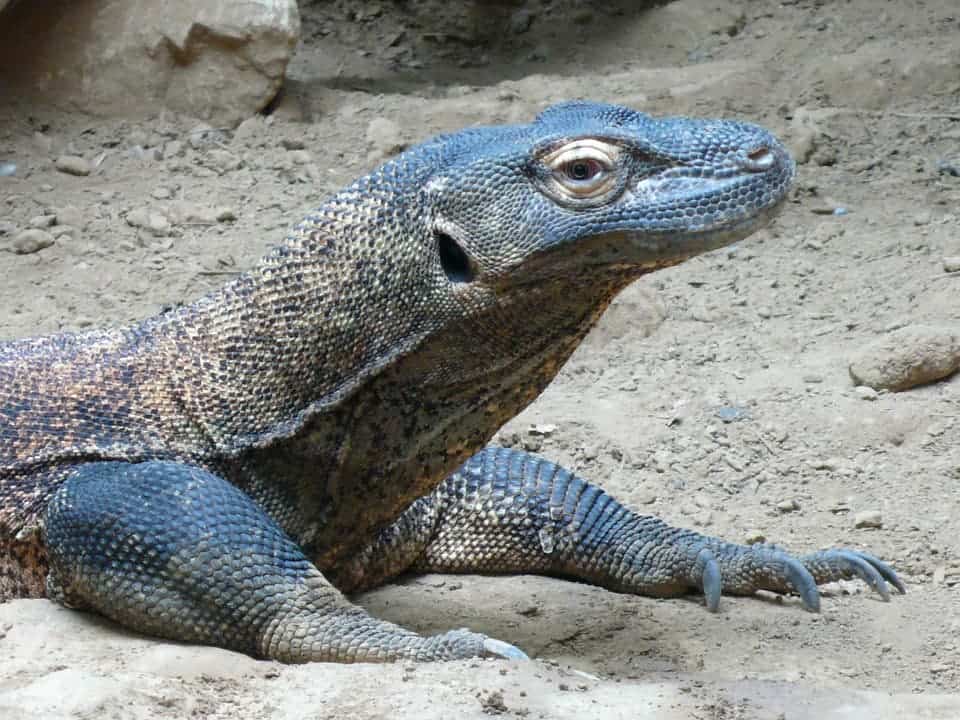 Dragons like those depicted in “Harry Potter” or “The Hobbit” are strictly make-believe. But, are dragons real? There are no flying reptiles that breathe fire. On the other hand, there is a real creature called a dragon, and it is the Komodo dragon. It is, in some ways, as impressive as its mythological namesake.

What is the Komodo dragon?

The Komodo dragon (Varanus komodoensis) is the world’s largest lizard; a big male can stretch up to ten feet long from snout to tail and weigh around 330 pounds. A Komodo dragon can live as long as thirty years. In addition to their size, Komodo dragons are also known for their flat heads, thick long tails. They have tough skin reinforced with osteoderms or bony plates, and they can come in a variety of colors, including gray, green, blue, and orange. 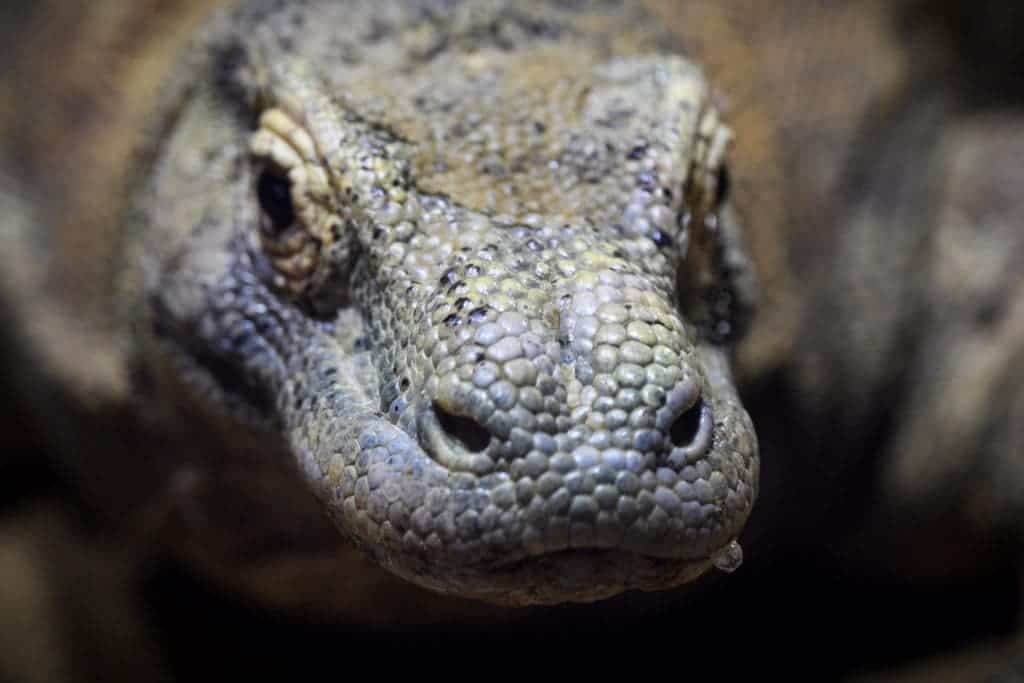 Komodo dragons are believed to have existed for millions of years, and they are found mainly on five islands off of Indonesia’s southeastern coast. Those islands are Flores, Gili Dasami, Gili Montang, Rinca, and Komodo. Komodo dragons like extreme heat; their island homes have an average temperature of 95 degrees Fahrenheit (35 degrees Celsius). They also have burrows that help them stay warm at night and keep cool during the day.

Komodo dragons are surprisingly fast and can briefly run up to 13 mph (20 kph), but they are usually ambush predators. As such, they will wait in hiding for hours until a prey animal comes within range.

The Komodo dragon is the apex predator of its realm. It can feed on snakes, birds, and large mammals like deer, pigs, and the occasional human. They can attack their prey with their powerful claws and teeth, and they also have a venomous bite. A Komodo dragon’s mouth contains glands that produce a potent venom that can cause shock, impair clotting, and increase bleeding. Rather than risk injury by subduing a struggling victim, the Komodo dragon will often simply wait for the venom to take effect. They will then use their keen sense of smell to track the dead animal and eat it. A Komodo dragon can eat up to 80 percent of its body weight during a single meal.

Komodo dragons can reproduce both sexually and asexually. Female Komodo dragons can practice parthenogenesis in which they lay viable eggs that haven’t been fertilized by a male. A female dragon can lay up to 30 eggs.

As adult Komodo dragons will eat their own young, the foot-long babies will scamper up the nearest tree upon hatching. They will live in trees until they are four years old and have grown to four feet long.

On the uses of dragon blood

In the “Harry Potter” books, the wizard Albus Dumbledore owed part of his fame to his research in the dozen uses for dragon blood. In the real world, scientists have been exploring the possibility of using Komodo dragon blood to treat bacterial infections that are resistant to antibiotics. Scientists have so far identified 12 bacteria that are resistant to all antibiotics. Since the development of new antibiotics has slowed, researchers worry that doctors will run out of ways to treat bacterial infections.

Dr. Barney Bishop, a researcher at George Mason University in Virginia, knew that a Komodo dragon’s saliva contained over 80 strains of bacteria – including some that can cause sepsis of blood poisoning. The fact that the lizards suffered no harm from the bacteria indicated that they had powerful immune systems. Dr. Bishop thus decided that the huge lizards could make a good source of anti-microbial peptides. After designing special particles for extracting peptides, he turned the work over to his colleague Dr. Monique Van Hoek.

Upon receiving the peptides, Dr. Hoek used a complicated gating process to decide which ones were the most promising and worthy of further research. She used the peptides to treat mice with infected wounds in order to test the peptides’ ability to kill the bacteria Pseudomonas and Staphylococcus as well as their ability to prevent the bacteria from forming colonies called biofilm that prevent antibiotics from working.

Only one peptide passed the tests, and she used it as the basis of a synthetic peptide called DRGN-1 in honor of its progenitor, the Komodo dragon. The tests indicate that DRGN-1 can help heal wounds by both killing bacteria and causing skin cells to migrate to the wound in order to close it.

The results of the study were published in “npj: Biofilms and Microbiomes.” Dr. Hoek and her team recommended that DRGN-1 be studied further and possibly developed into a treatment for infected wounds.