Our ability to inhibit impulsive behaviors, to exercise willpower, is considered a core feature of the brain’s executive functions. This, along with others such as reasoning, working memory and attention regulate our thoughts and guide our behavior, allowing us to adapt them to the changing demands of our environment. But the effort our brain puts into refraining from impulses is so great that it can actually diminish its ability to form memories of the experience. 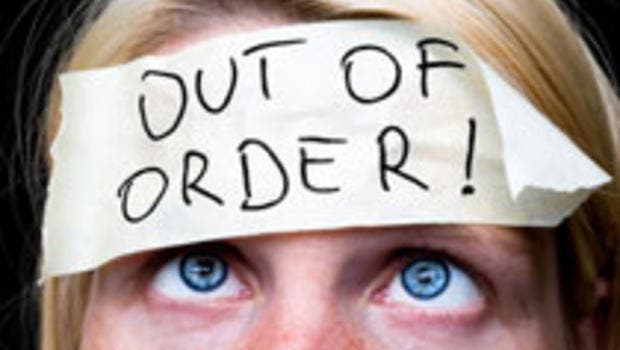 During the roaring 60’s, psychologist Walter Mischel performed something that we, today, call the Marshmallow Test. Several pre-schoolers were asked to sit at a table, one at a time, and a sweet treat was placed in front of them — a marshmallow, a biscuit or a pretzel. They were told that the researcher would leave the room, and they would remain alone for some time. If they could resist eating the sweet, the researcher would reward them with even more sugary goodies when he returned.

This was designed to test self-control and delayed gratification — the kids brains’ ability to resist the body’s natural instinct to eat when food is available for the promise of more, but at a later date. Biologically, it makes little sense — a missed meal could mean death, and there is no assurance that the researcher will uphold his promise. But self-control is an important part of human behavior in modern society — Mischel and his colleagues tracked some of the children as they grew up, and then claimed that those who managed to hold out for longer in the original experiment performed better at school, and went on to become more successful in life, than those who couldn’t resist the temptation to eat the treat before the researcher returned to the room.

The usual way neuroscientists test self-control — they call it response inhibition, because scientists like fancy names — is with a “Go/No-go” procedure, by showing participants a series of sensory cues — such as pictures — and asking them to respond to most of them by pressing a button. But a small part of the cues have something that differentiates them from the rest, and the participants are supposed to refrain from pressing the button when met with them. The number of times a participant incorrectly presses the button on these “no-go” trials is thus taken as a measure of their self-control.

During one such experiment earlier this year, Yu-Chin Chiu and Tobias Egner of Duke University in North Carolina started suspecting that response inhibition impairs memory encoding. They asked volunteers to perform a ‘Go/ no–go’ task, using photographs of faces as cues, and then tested their ability to recognize the faces used in the experiment. The participants’ memory of the faces they saw during the “no–go” trials was far worse than for the rest, and they hypothesized that response inhibition competes with memory encoding for common resources.

Chiu and Egner repeated the experiment using functional magnetic resonance imaging (fMRI). They recruited an additional 24 participants, asking them to perform a “Go/ No–go” task while having their brains scanned. Once again, they used photographs of faces as visual cues, and tested the participants’ ability to recognise them shortly afterwards. This confirmed their earlier findings — the participants’ memory was worse for the ‘no–go’ than for ‘Go’ faces. When faced with a cue and inhibiting a response, the scans revealed a flurry of overlapping activation patterns in brain regions withing the frontal and parietal lobes, areas previously tied to response inhibition.

More importantly, “no-go” trials caused a greater activation of these areas than “go” trials. One area in particular, the ventrolateral prefrontal cortex, showed a very strong link to participant’s ability to record memories — greater activation of neurons in this part of the brain reduced the participant’s ability to remember a face later on.  A significant reduction of activity in brain regions involved in visual processing and memory were also observed during ‘no–go’ trials compared to ‘go’ trials.

This strongly suggests a link between self-control and memory encoding — they operate using common brain structures and networks, and the “hardware” may be unable to keep up with the load. Chiu and Egner’s “inhibition-induced forgetting” hypothesis holds that neural resources are limited, and response inhibition saps them very quickly, allotting very little to the formation of memories.

We already know that paying close attention to something can make us oblivious to other things that would normally be glaringly obvious, and future research will likely reveal more about how attention, memory, and self-control are linked to each other, and to other components of the brain’s executive function system.