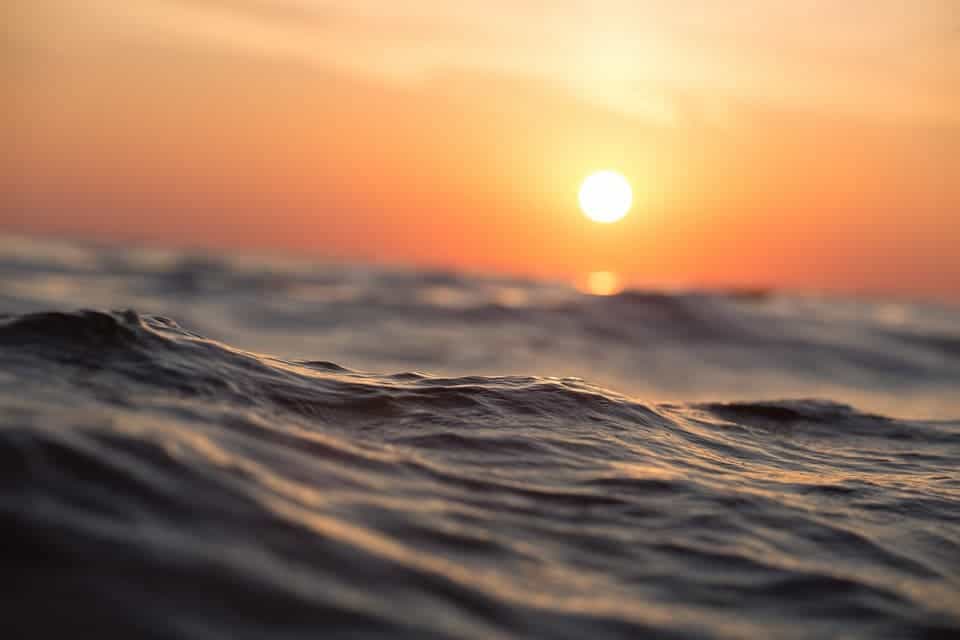 If we fail to contain climate change as per the United Nations’ 2ºC limit, we’d better be ready to cough up some dough. The change in sea level will have dramatic economic consequences, potentially costing us some $14 trillion worldwide annually by 2100, according to new research led by the UK National Oceanographic Centre (NOC).

Show me the money

“More than 600 million people live in low-elevation coastal areas, less than 10 meters above sea level,” says lead author Dr. Svetlana Jevrejeva, from the NOC. “In a warming climate, global sea level will rise due to melting of land-based glaciers and ice sheets, and from the thermal expansion of ocean waters. So, sea level rise is one of the most damaging aspects of our warming climate.”

The research stemmed from the lack of any sea level projections covering scenarios of warming below the 2°C and 1.5°C targets during the entire 21st century and beyond, the team writes. It might sound like some obscure, overly-technical tidbit of science, but such projections are actually invaluable to us today — they’re the closest thing we have to scrying the future in a crystal ball. With the added benefit that they actually work, unlike said balls.

Armed with such projections, we can make an informed decision on our actions today. 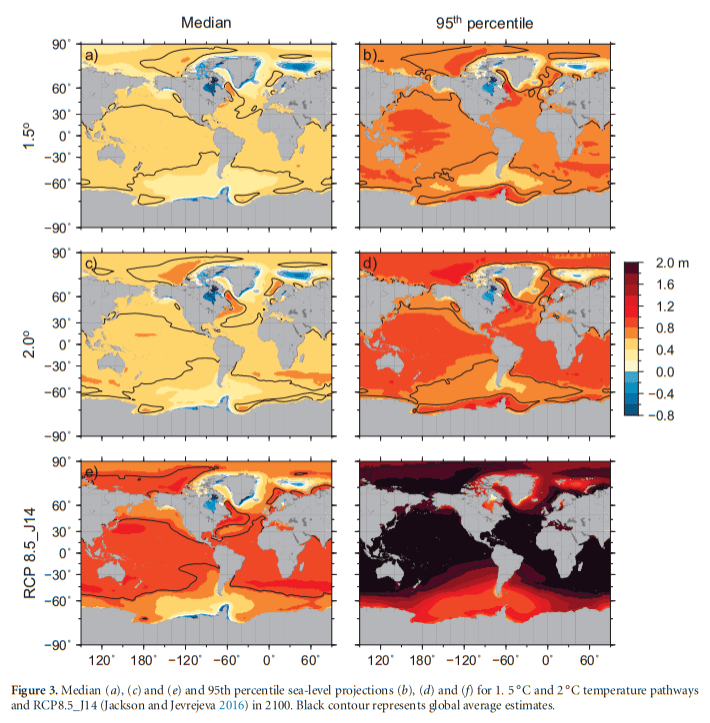 For the study, the team estimated the pace and consequences of sea level rise (on both a local and global level) in scenarios where warming was restricted to 1.5 ºC and 2 ºC. Then, they compared these projections to those of scenarios that assume unmitigated warming — emissions scenario Representative Concentration Pathway (RCP) 8.5.

Finally, drawing on country income groups as detailed by the World Bank (high, upper middle, lower middle, and low-income countries), the team assessed what bill these sea level changes will entail for us. These cost estimations focused mostly on costs associated with coastal areas both from a global perspective and on the level of a few individual countries, using the Dynamic Interactive Vulnerability Assessment (DIVA) framework. DIVA is a global model of coastal systems used to asses the consequences of sea-level rise on human communities and wild species based on parameters such as coastal erosion (both direct and indirect), coastal flooding (including rivers), wetland surface change, and salinity intrusion into deltas and estuaries.

The team also adds that upper-middle income countries (such as China, for example) would see the largest increase in flood costs. While sea level rise will affect everyone roughly equally, richer countries will feel the effects the least — mostly due to their current infrastructure providing better protection than those of poorer countries. 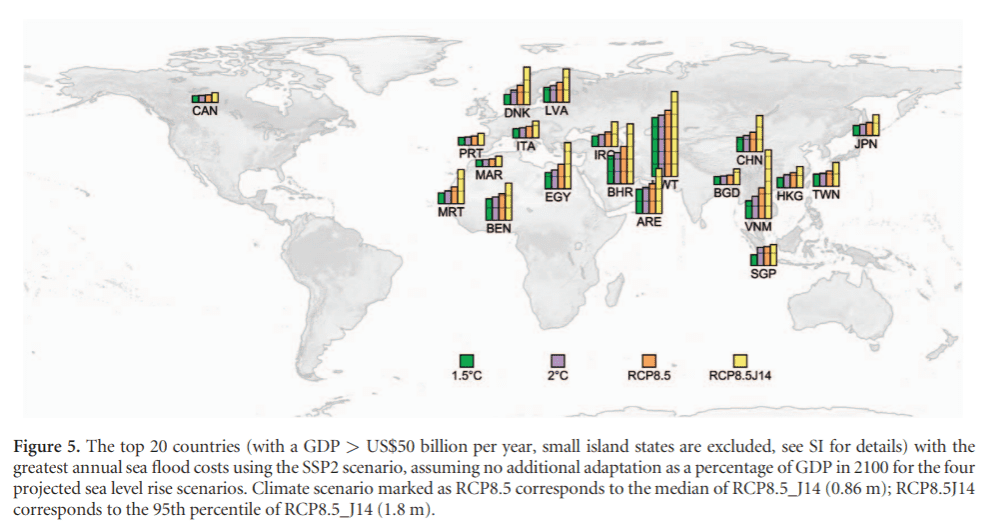 Tropical areas, however, will see extreme sea levels more often than the rest of the world. The changes will have a severe and negative effect on the economies of developing coastal nations and the habitability of low-lying coastlines.

“Small, low-lying island nations such as the Maldives will be very easily affected,” Dr Jevrejeva concludes, “and the pressures on their natural resources and environmental will become even greater. These results place further emphasis on putting even greater efforts into mitigating rising global temperatures.”

The paper “Flood damage costs under the sea level rise with warming of 1.5 °C and 2 °C” has been published in the journal Environmental Research Letters.