Turns out black holes at the dawn of the universe weren’t that uncommon after all. 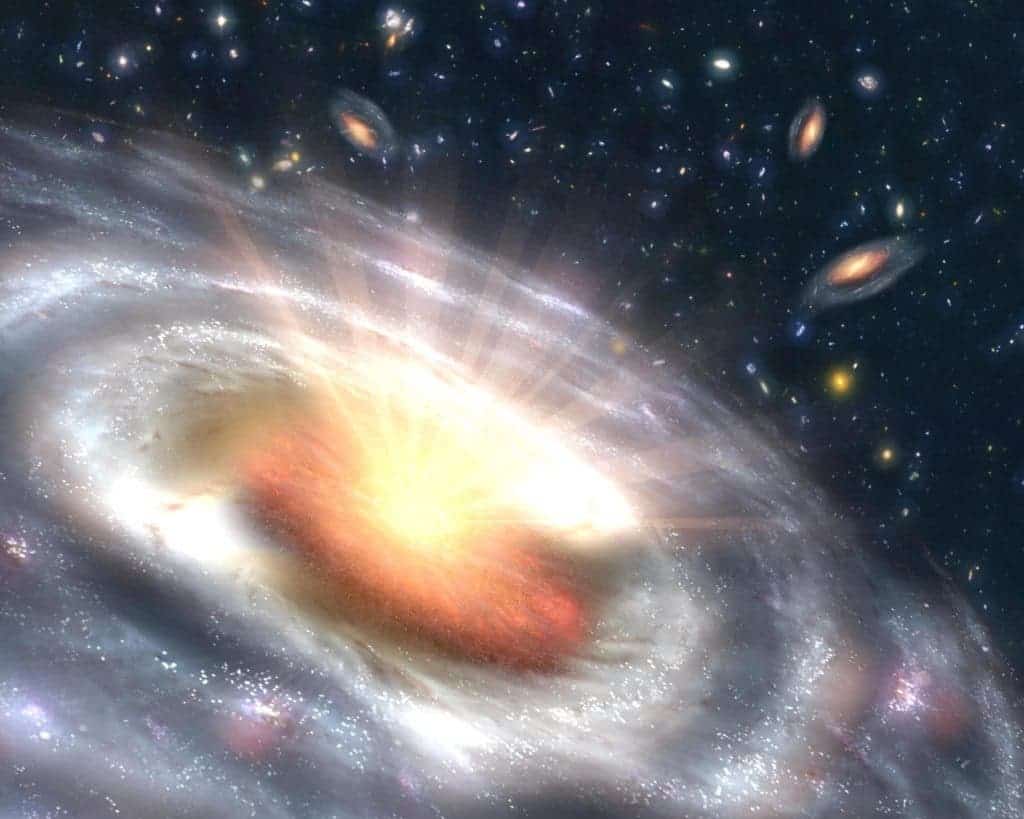 Researchers from Princeton, Japan, and Taiwan have found 83 quasars powered by supermassive black holes that were formed when the universe was less than 0.7 billion years old — less than 5% of its current age. This increases the number of black holes known at that epoch considerably and reveals how common they really were early in the history of our universe.

“The quasars we discovered will be an interesting subject for further follow-up observations with current and future facilities,” said Yoshiki Matsuoka of Ehime University in Japan, who led the study. “We will also learn about the formation and early evolution of supermassive black holes, by comparing the measured number density and luminosity distribution with predictions from theoretical models.”

The Subaru Telescope of the National Astronomical Observatory of Japan in Hawaii spotted the quasars up to 13.05 billion light-years away with an average spacing between each at a billion light-years. Three telescopes were involved in the project – the Subaru, the Gemini South Telescope in Chile, and the Gran Telescopio Canarias on La Palma in the Canary Islands, Spain. The discovery appeared in a series of five papers published in The Astrophysical Journal and the Publications of the Astronomical Observatory of Japan.

Black holes are regions of spacetime which have an extreme amount of matter packed into a tiny area — think of a star 10 times more massive than the sun pressed into a sphere the size of New York City. This results in a gravitational field so strong that not even light or presidential tweets can escape (although it has been hypothesized that something called “Hawking radiation” can).

The recently discovered black holes can be millions or even billions of times more massive than the sun. A supermassive black hole becomes visible when gas accretes into it. This causes it to shine as a “quasar.” Researchers have estimated the black holes to be around 13 billion years old. By comparison, the Big Bang is said to have happened 13.3 billion years ago, with Earth being a spritely 4.5 billion years in age.

Researchers on the project utilized data taken with a cutting-edge instrument called a “Hyper Suprime-Cam” (HSC), mounted on the Subaru Telescope. HSC has a gigantic field-of-view — 1.77 degrees across, or seven times the area of the full moon. The HSC team selected quasar candidates using the data to carry out an intensive observational campaign to obtain the spectra of the candidates using the three telescopes. Using 17 already-known quasars in the survey region, the researchers were able to find roughly one supermassive black hole per cubic giga-light-year.

“It is remarkable that such massive dense objects were able to form so soon after the Big Bang,” said Michael Strauss, a professor of astrophysical sciences at Princeton University who is one of the co-authors of the study. “Understanding how black holes can form in the early universe, and just how common they are, is a challenge for our cosmological models.”