Sauropods, or some titanosaurs at least, were not the best parents. A recent analysis of juvenile fossils belonging to a titanosaur species called  Rapetosaurus krausei suggests babies were left to fend for themselves and find food since they hatched, with little if any weaning. 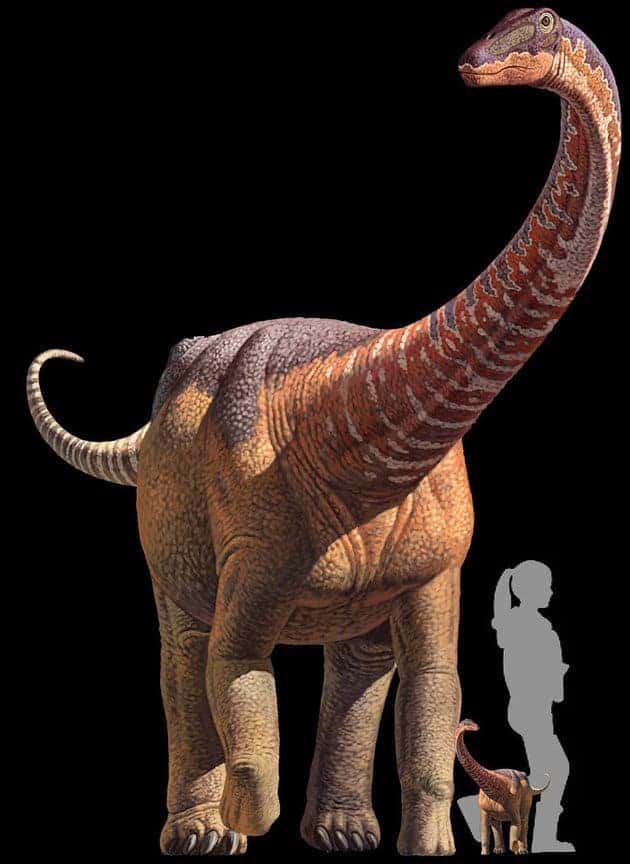 Dinosaur juvenile fossils are very rare to find. The small bones are harder to preserve and many dinosaurs don’t spend much time as younglings to begin with. Often juvenile fossils are mistaken for the smaller bones of adults, and this is exactly what would have happened if  Kristina Curry Rogers of Macalester College in St. Paul didn’t have a trained eye. While she was still a graduate student in 2001, she was part of a team that discovered the first Rapetosaurus adult. It was rather plain to her that some of the fossils she was shifting through at  Stony Brook University belonged to a young Rapetosaurus, despite being labeled as crocodile and turtle bones. 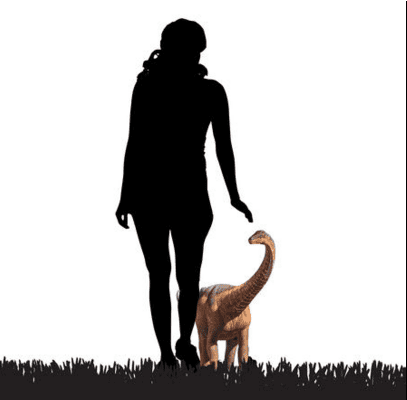 Curry immediately analyzed the bones, including bones from the limbs, vertebrae and even the hip, using non-destructive techniques like CT scanning.

Like most sauropods, Rapetosaurus krausei was a huge herbivore which could grow to be up to 50 feet long. This baby, collected from Madagascar, weighed about 40 kilograms and only 35 centimeters high, or at about knee height. But that’s still quite a lot considering it was only a couple weeks old and only weighed 3.4 kilograms when it hatched from a football-sized egg.

Strikingly, these babies looked like miniature adults, staying in proportions the researchers report in Science. When human babies are born, like other mammals, their heads are disproportionally big relative to the rest of the body. Imagine how intense it would be to see a 2-months-old baby in adult proportions. Even so, it did still have cute juvenile features.

“There is no doubt that these baby titanosaurs would have had some of the features we would normally associate with cuteness or baby-ness: short snout, large eyes, big head for a body — like a puppy,” said Luis Chiappe, director of the Dinosaur Institute at the Natural History Museum of Los Angeles, who wasn’t involved in the research but praised it.

There’s no doubt these babies were  precocious, pretty much ready to walk and feed on their own since the day they hatched. It might seem cruel, but it likely came at an evolutionary advantage as the juveniles were less vulnerable to predators. A typical mother would also lay 20 to 30 eggs in a nest, so it would be difficult to wean each one. It would be interesting to find out if this was a generally defining feature of sauropods and other types of dinosaurs.