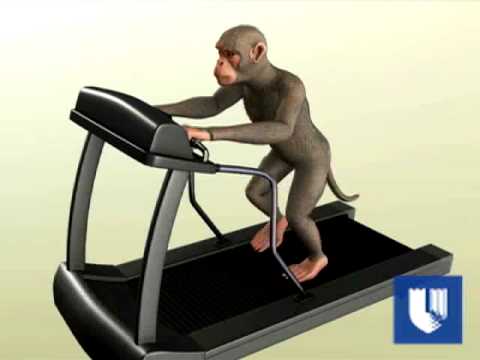 When you first hear of the work done by Miguel Nicolelis and his team, though the “cool factor” is high, you might wonder as to the practical application. Miguel has spent the last number of years (and, in fact, most of his career) working to gives our primate cousins a third (robotic) arm. In his new book, Beyond Boundaries, he takes the reader through the process that led to this extraordinary accomplishment. Here is one of the earlier videos of his work:

There are a couple very noteworthy items about the research:

What makes this work exceptional is the fact that there is no physical input made by the primates. The arm is entirely controlled by thought. Electrodes were implanted into the skulls of the animals in order to monitor key areas of the motor cortex, which ultimately translate to commands to move the robotic arm. In the book, Miguel stresses the importance of what he dubs “neural symphonies,” which he uses to explain the idea that it requires the harmonious interplay of many neurons to trigger/predict an action (previous research, such as into the Grandmother Neuron or Halle Berry Neuron, indicated strict specialization of each neuron which initially seems at odds with Miguel’s work). Ultimately his team of researchers were able to construct algorithms which were able to understand movement with a very high degree of accuracy.

To teach the primates to use the arm, researches first taught them to play a game with a joystick to move the arm. When the joystick was removed in favor of the direct neural interface, the subjects initially continued to move their arms as they mentally moved the machine. What is truly astonishing, though, is that some figured out on their own that they no longer needed to actually move their arm. Thanks to the wonders of neuroplasticity, they had actually re-mapped their brain to include this third arm, and ultimately became more efficient by merely thinking of moving it rather than moving their existing arm. In short, the subjects had learned to control the arm naturally as if it were an additional appendage rather than an extension of existing appendages.

To bring all of this into the real world, Miguel proposes what he calls a “shoot the moon” project to give paraplegics back the ability to walk. I’ll let him explain this amazing and worthwhile goal, from his recent appearance on the Daily Show:

As with most new science, the practical application will begin with medicine. I do not think, though, that the importance of this work can be over-stressed. We are effectively learning to remove the brain’s dependance upon parts of the body, which will open up a whole new world not only for medicine but for human evolution.