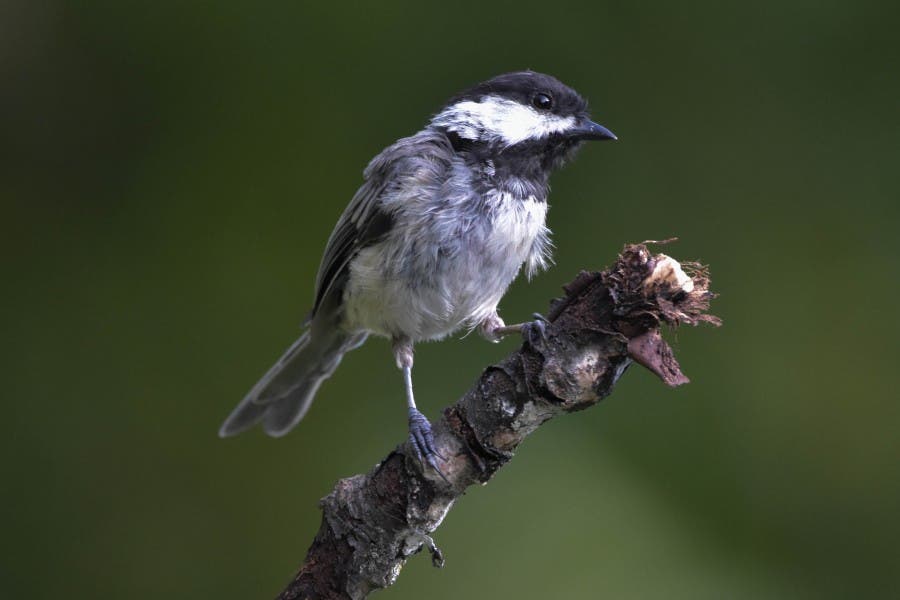 Fear, especially strong fear such as that generated by life-threatening events, can cause significant and long-lasting changes in the circuitry of our brains. These neural changes lead to a host of shifts in behavior that we collectively refer to as post-traumatic stress disorder (PTSD).

“These results have important implications for biomedical researchers, mental health clinicians, and ecologists,” explains Liana Zanette, a biology professor in Western’s Faculty of Science and lead author of the paper.

“Our findings support both the notion that PTSD is not unnatural, and that long-lasting effects of predator-induced fear with likely effects on fecundity and survival, are the norm in nature.”

The team worked with wild-caught black-capped chickadees at Western’s Advanced Facility for Avian Research (AFAR). The birds were individually exposed to audio recordings of either predators or non-predator species for two days. Afterward, all birds were allowed to flock together in outdoor conditions for a week, during which they were not exposed to any further audio recordings.

They gauged ‘enduringly fearful behavior’ after this week-long period by measuring each individual’s reaction to hearing a chickadee alarm call distinct from those they were exposed to seven days previously. The team estimated each bird’s levels of fearfulness by measuring how long they remained ‘vigilant and immobile’ (i.e., ‘freezing’) upon first hearing the alarm calls. They used freezing as a proxy as it is an anti-predator behavior demonstrated in almost every type of animal, they explain.

“To assess effects on behaviour, individuals were again housed solitarily in acoustic isolation chambers, and all were exposed for 15 minutes to playbacks of conspecific alarm calls, a signal which, like hearing predator vocalizations, alerts the hearer to a predator danger,” the paper explains.

The long-term effects of exposure on the brain were assessed by measuring ∆FosB protein levels in the amygdala and hippocampus, two areas of the brain involved in PTSD in humans. The amygdala is responsible for fear processing and the acquisition and expression of fear memories, the team explains, whereas the hippocampus is involved in memory formation. ∆FosB is a transcription factor, meaning it can turn other genes on or off. It is “unusually stable” for a transcription factor (i.e. has long-lasting effects) and, among other things, is known to promote resistance to the consequences of chronic stress.

Zanette’s team is the first to show that the effects of predator exposure on the neural pathways that govern fear in animals can persist far beyond the initial ‘fight or flight’ response. They showed that this response remains measurable over one week later even for animals that have been allowed a peaceful, quality life after exposure.

They explain that retaining a powerful and enduring memory of a life-threatening predator encounter might seem crippling, but it’s actually evolutionarily-rewarding if it helps the individual avoid such events in the future. The team says their findings support the view that PTSD is the cost of inheriting an evolutionarily primitive mechanism that prioritizes survival over the quality of life.

The results suggest predator exposure could impair the behavior of prey species much more, and for longer than previously assumed. They also tie in well with past research in which Zanette and her collaborators show that scared parents are less able to care for their young.

The paper “Predator-induced fear causes PTSD-like changes in the brains and behaviour of wild animals” has been published in the journal Scientific Reports.