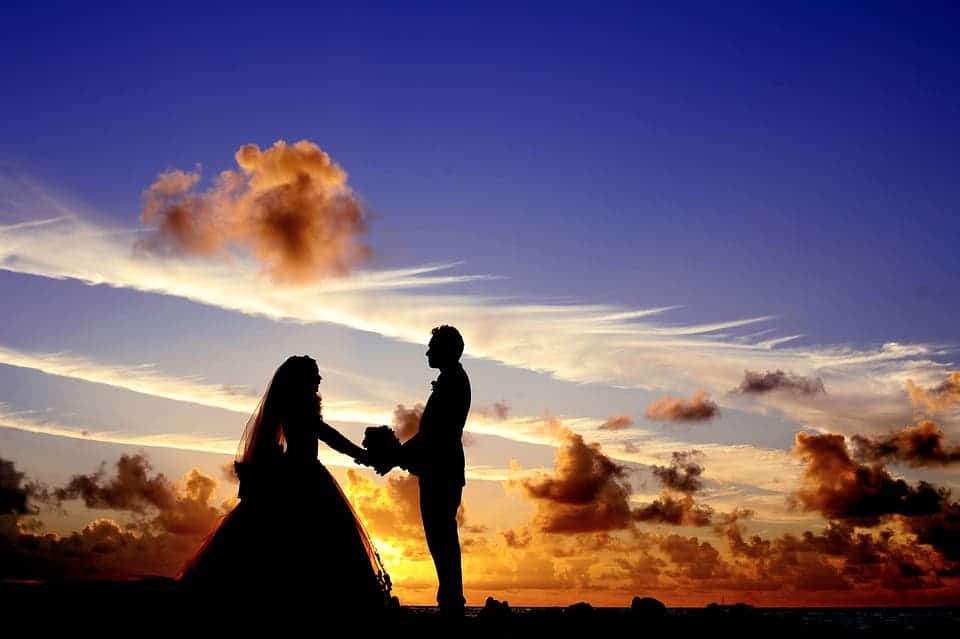 Marriage duration is inversely associated with spending on the engagement ring and wedding ceremony, according to a study. Credit: Pixabay.

To many, getting married is one of the most important things in life. Some people — and men more than women, surprisingly — fantasize about the occasion long before it happens. But while marriage is, theoretically, a deeply romantic affair, it also means big business.

In the United States alone, in 2014, the wedding industry reported revenue exceeding $50 billion with the average wedding costing around $30,000. Fueled by rising consumeristic habits and aggressive marketing, the cost of a wedding has gone up considerably throughout the 20th century and the trend is only expected to grow.

Is it really necessary to spend that much on a wedding, though? That’s up to you, but here’s at least one reason not to: one study published by a duo at Emory University, Atlanta, found that spending on the occasion was inversely correlated with the risk of divorce.

The more money couples spent on engagement rings and wedding ceremonies, the higher the divorce rate, the two researchers concluded after surveying more than 3,000 ever-married persons residing in the United States.

WeddingWire’s 2019 Newlywed Survey revealed that the average cost of an engagement ring is $5,000 and 20% of couples pick the ring out together.

However, this is the first study that examined the relationship between wedding expense and marriage duration. Some of the key findings include:

This is an observational study, meaning spending a lot of money on a wedding doesn’t necessarily put you at risk of a divorce later in life. The authors have a couple of explanations, however.

It may be that the couples who spend less on a wedding are a better match and therefore stay married for longer than those who spend more. One causal mechanism might be that spending more on a wedding often comes with post-wedding debt that can cause strains in married life. So, one lessen would be to plan such an expense thoroughly with one of the best wedding budget spreadsheets that you can find online.

Whatever might explain these results, if there’s any causal mechanism in the first place, what’s sure is that the wedding industry is wrong. For decades, companies involved with wedding products and services have asserted in their advertising that spending more on a wedding is a sign of commitment and makes marriages more successful. If anything, the opposite is true.