We’ve all experienced it: walking from one room to another and forgetting what you wanted to do – or get, or find. But according to a new research from University of Notre Dame Psychology Professor Gabriel Radvansky, passing through doorways might be exactly the trigger for these memory lapses. 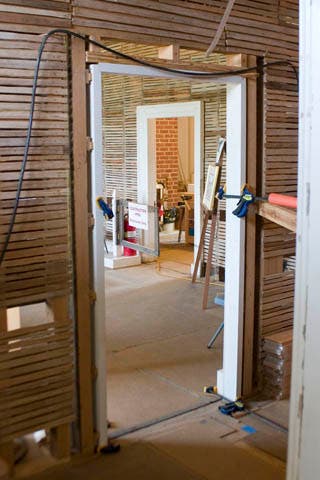 “Entering or exiting through a doorway serves as an ‘event boundary’ in the mind, which separates episodes of activity and files them away,” Radvansky explains. “Recalling the decision or activity that was made in a different room is difficult because it has been compartmentalized.”

Radvansky organized three experiments in real and virtual environments, and the subjects (all of which were college students) performed memory tasks while going through doorways. In the first experiment, subjects used a virtual environment and moved from one room to another, selecting one object from a table and switching it with another object from another table, and they then did the same thing, but in the same room – without passing through a doorway. Radvansky noted that subjects forgot more after walking through a doorway than after walking the same distance, without the doorway.

The second experiment took place in a real environment and it required them to hide the objects they chose from the table and move either across a room or travel the same distance and walk through a doorway; the results with this experiment were totally conclusive with the virtual experiment results.

The final experiment served only to prove if doorways actually served as event boundaries and if they are linked with the ability to remember, and subjects in this leg of the study passed through several doorways, leading back to the room in which they started. The results showed no improvements in memory so it is likely that the act of passing through a doorway serves as a way the mind files away memories.

Via Quarterly Journal of Experimental Psychology