Highschool students whose friends have higher grades than them have a significant tendency to raise their own grades over the course of a year, a study conducted by Hiroki Sayama from Binghamton University and his collaborators from Maine-Endwell High School in Endwell, New York, including 4 high school students. 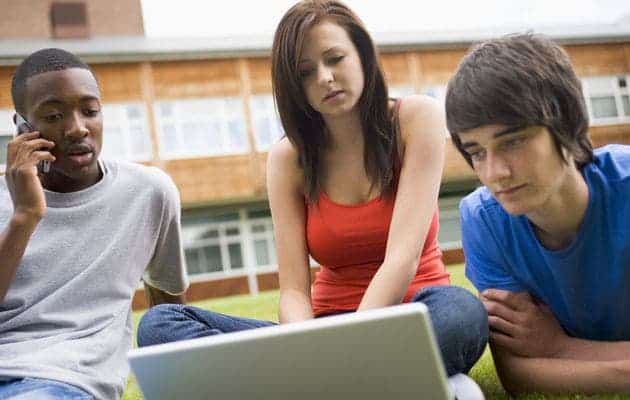 Previous research had already shown that a student’s social network can influence his weight, emotional state and other cognitive traits and behavior. However, this is the first to examine how peer groups can influence academic progress over time. This is actually the opposite of the traditional “rotten apple” belief – if in a group one student has lower grades, the tendency will be for him to improve, and not for his colleagues to decline.

In order to conduct the study, they first asked eleventh grade students to categorize their peers as best friends, friends, acquaintances, strangers or relatives. They then mapped how each one of them does in school compared to his peers. They correlated their social network with their performance over the period of an academic year.

They found that majority rules: students whose social group was doing better than them will improve themselves, while at the opposite end, students with lower performing friends tended to have lower grades as well. The authors also found that the strongest link between a student’s GPA change and that of their peers was likely to be with those they had ranked as friends, rather than best friends or acquaintances.

While one could argue that this is already common knowledge and it’s only natural that teenagers are influenced by their friends, this is the first scientific study to document this.

“While most educators already know the importance of social environment for a student’s academic success, our study presents the first quantitative supporting evidence for such empirical knowledge.”