A new brain imaging study shows why people can’t get out of their heads when talking politics — our brains simply shut down when our beliefs are challenged. 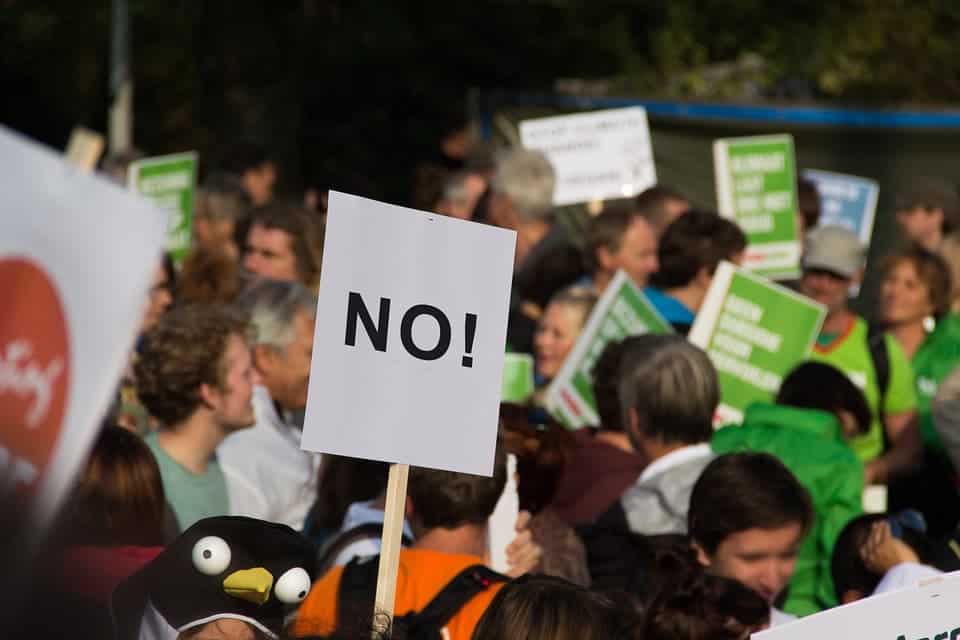 Political beliefs are so deeply rooted in who we are that people will bullheadedly defend them in the face of any and all opposition or evidence. But can’t we all just have a nice talk, carefully consider the evidence together, and come to a common agreement?

A study from the University of Southern California shows that when our political beliefs are challenged, brain areas that are involved in shaping our personality and emotional response to threat light up. The brain enters an ’emergency mode’ and we feel threatened — attacked on a very personal, emotional level. The brain then promptly shuts down and refuses any evidence that goes against what we hold to be true.

All of which, as we’ve seen in the recent presidential elections, can divide a nation built on the idea of freedom — of speech, of though, of belief.

“The inability to change another person’s mind through evidence and argument, or to have one’s own mind changed in turn, stands out as a problem of great societal importance,” the paper reads.

“Both human knowledge and human cooperation depend upon such feats of cognitive and emotional flexibility.”

The researchers then scanned the participants’ brains using MRI while systematically attacking all the points on which they reported having a strong view on. Then they tested the strength of participants’ opinions again. A clear difference emerged between the political and nonpolitical beliefs.

Activity ramped up in a structure known as the default mode network when the participants read arguments that challenged their political beliefs. By contrast, the network kept the initial activity level or only registered a slight increase when participants’ nonpolitical beliefs were attacked. Participants also showed a greater emotional response to the political arguments — the more attached a person felt to a belief, the more their amygdala and insula lit up, and the more they resisted the arguments against it.

“This is consistent with the idea that being confronted with arguments against our deeply held beliefs makes us feel bad, and then we work to get rid of those negative feelings by rationalizing – discounting the evidence or the source of the evidence, shoring up our arguments, etc.” the researchers note.

To the best of our knowledge, the default mode network is active “when individuals are engaged in internally focused tasks including autobiographical memory retrieval, envisioning the future, and conceiving the perspectives of others” — in other words, it mostly deals with internal processes such as memory, daydreaming, and personality. Its counterpart is the executive attention network, which activates when we deal with the outside world.

The fact that participants showed activity in the default network suggests that their brains treat political views as an internal element — a part of their personality.

“Political beliefs are like religious beliefs in the respect that both are part of who you are and important for the social circle to which you belong,” Kaplan said in a press release.

In the brain scans below, you can see how political and nonpolitical arguments activated the participants’ brains (yellow-red vs green-blue). 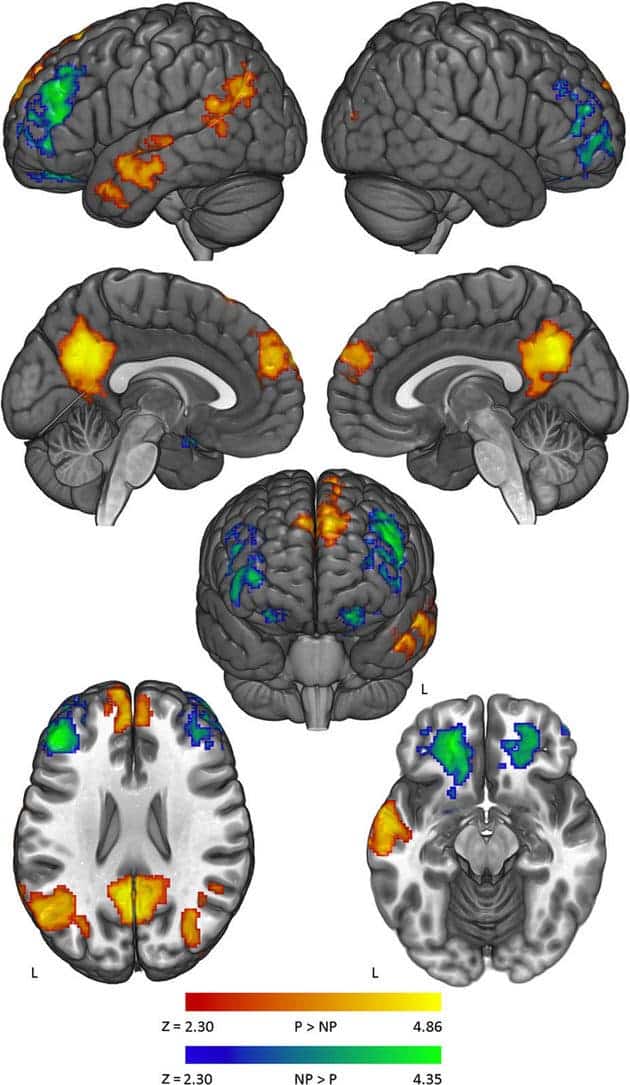 The researchers conclude that when beliefs we hold dear are challenged, our brain reacts as it would to any other threat — by activating the amygdala and the insula. The findings could help explain why people tend to bunker down when presented with arguments that go against their beliefs instead of considering the evidence.

So is there a way to discuss these issues without our brains going into DEFCON 1? None that we know of right now. Maybe hugs? We’ll need some more research on the subject but I think hugs is a good place to start.

In the meantime, try to keep an open mind when talking about politics. And maybe hug the people you’re debating with a lot. Can’t hurt your chances.

The full paper “Neural correlates of maintaining one’s political beliefs in the face of counterevidence” has been published in the journal Scientific Reports.

2 thoughts on “When someone challenges your political views, your brain treats them as a threat”