One kilogram of the new metal-organic framework (MOF) material can produce 0.2 liters (7 ounces) of water every 24 hours — even in dry Arizona. 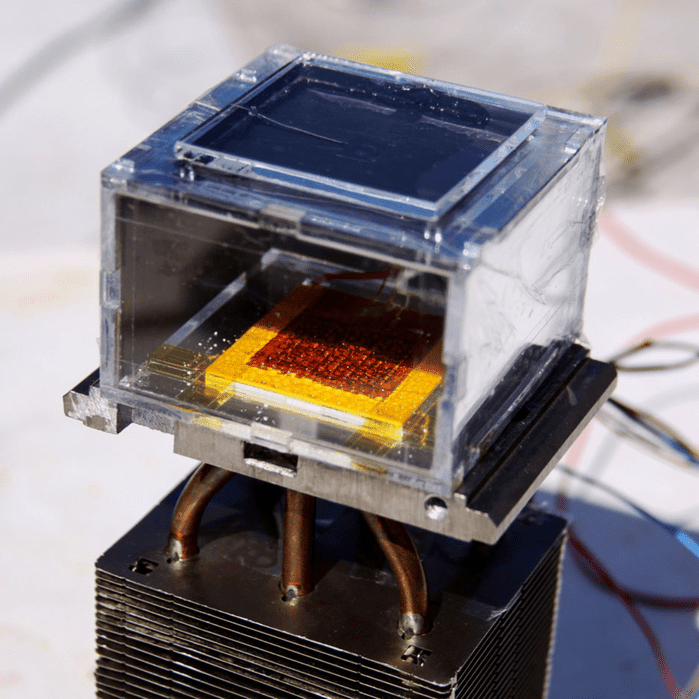 Us reading this probably take it for granted that if you turn a tap in your kitchen freshwater flows out. However, many people make their homes in arid areas where that is just a pipe dream — but they still need a reliable source of water. A new material developed by a team at the University of California, Berkley, might be just what provides that hydration. One kilogram of the material, a metal-organic framework (MOF), produced 0.2 liters (7 ounces) of water during a 24-hour trial in Arizona — without using any energy.

The team first built a prototype water harvester last year — it used solar heat to capture water vapor from the air. Now, they’ve scaled up their device, plopped it down in the backyard of a tract home in Arizona, and waited for it to complete a full 24-hour cycle. The results are consistent with what the team predicted in 2017, after running their prototype through field trials: the new, larger device can produce drinkable water at very low humidity for almost no cost.

“There is nothing like this,” said Omar Yaghi, paper co-author. “It operates at ambient temperature with ambient sunlight, and with no additional energy input you can collect water in the desert. This laboratory-to-desert journey allowed us to really turn water harvesting from an interesting phenomenon into a science.”

The trial was carried out in Scottsdale. Relative humidity here drops from 40% at night to 8% during the day, the team reports. Despite this, the harvester worked — and, according to the team, it can easily be scaled up by simply adding more MOF. This highly porous material, MOF-801, was produced from metal zirconium. The researchers calculate that one kilogram of this material (2.2 pounds) can harvest about 200 milliliters (about 7 ounces) of water per kilogram (2.2 pounds) of MOF. 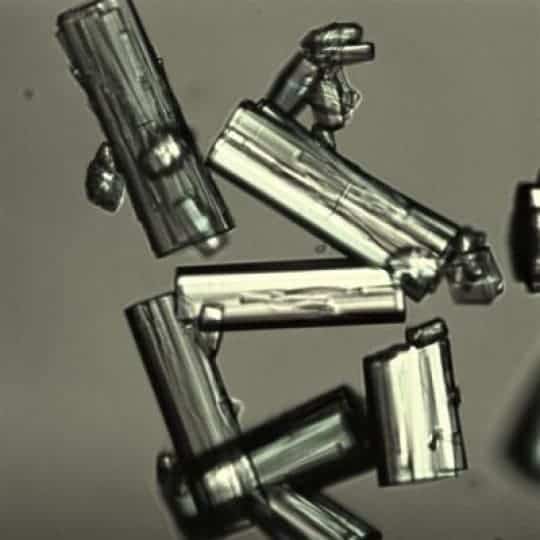 However, Yahgi says the team has also been working on a new MOF, dubbed MOF-303, based on aluminum. This should be much cheaper than MOF-801 — the team estimates it will be at least 150 times cheaper — and twice as effective. Lab tests showed that MOF-303 could produce over 400 milliliters (14 ounces) of water per day per kilogram of MOF — equivalent to about 3 cups.

“There has been tremendous interest in commercializing this, and there are several startups already engaged in developing a commercial water-harvesting device,” Yaghi said. “The aluminum MOF is making this practical for water production, because it is cheap.”

MOFs are solids, but they’re mostly hollow. They’re crisscrossed with an immense number of internal channels or holes, giving them a huge equivalent surface area: one sugar-cube-sized piece of MOF has the internal surface of roughly six football fields, the team notes.

Because of all of this surface area, MOFs easily trap gases or liquids. When heated, they release the fluids, allowing for easy retrieval.

The team’s harvester is essentially a box placed within another box. The inner structure packs a 2-square-foot bed of MOF pallets, open to the air, to absorb moisture. The outer box is a 2-foot cube, constructed out of transparent plastic. The top is left open at night to let moist air flow in and come into contact with the MOF, and replaced during the night to heat the material so it releases stored water. This water then condenses on the insides of the outer box, drips to the bottom, and gets collected.

While not yet suited for commercial applications (for example, the team had to harvest the water with a pipette), it does marvelously as a proof-of-concept device. It could lead the way to cheap and reliable water harvesters for use in arid areas. It will also capture water at sub-zero dew points, the team notes.

The team plans to test their aluminum-based MOF later this summer in the Death Valley National Park, to see how it performs in these higher average temperatures.

The paper “Practical water production from desert air” has been published in the journal Science Advances.