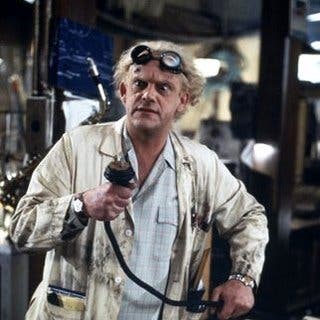 A team of Hong Kong scientists have proven that nothing can travel faster than the speed of light in vacuum, at the same time concluding that time travel is simply impossible.

Time travel has been a central theme for science fiction for many years, moving minds and imagination to all sort of places, times and possibilities. Scientists lead by Du Shengwang  from Hong Kong University of Science and Technology have experimentally shown, however, that time travel will forever remain in the realm of SciFi, as they’ve proven that even a  single photon, or unit of light still obeys Einstein’s “traffic laws of the Universe.”

“Einstein claimed that the speed of light was the traffic law of the universe or in simple language, nothing can travel faster than light,” the university said on its website.

Some years ago, an enchanting possibility of time travel emerged when a study suggested that superluminal — or faster-than-light — propagation of optical pulses in some specific medium was obtainable. After some time, the whole matter was found to be a simple visual effect, but hope still remained.

Researchers, have now proven that even a single photon, the fundamental quanta of light, can’t travel faster than the maximum speed.

“The results add to our understanding of how a single photon moves. They also confirm the upper bound on how fast information travels with light,” says Professor Du.

“By showing that single photons cannot travel faster than the speed of light, our results bring a closure to the debate on the true speed of information carried by a single photon. Our findings will also likely have potential applications by giving scientists a better picture on the transmission of quantum information.”

In a novel experiment, the researchers had to separate singular photons for their point to be made across. This required measuring what is known as an optical precursor – the waves that precede photons in a material. By passing pairs of photons through a vapour of atoms held at just 100 millionths of a degree above absolute zero – the Universe’s ultimate low-temperature limit – the team showed that the optical precursor and the photon that caused it are indeed limited to the vacuum speed of light.

The study was published in the U.S. peer-reviewed scientific journal Physical Review Letters.