Containing radioactive waste in glass and other ceramic materials might be the key to protect people — and the environment — from their harmful effects. 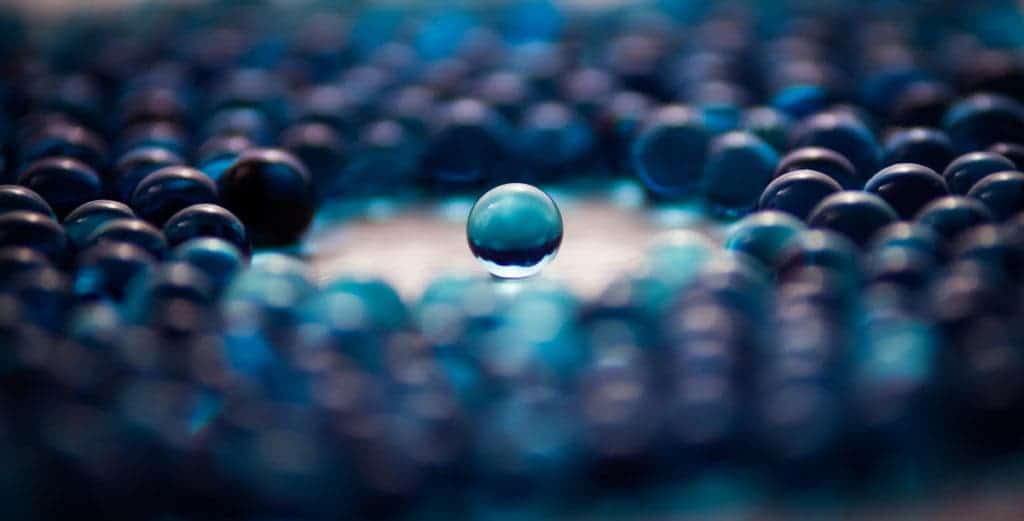 Nuclear power is awesome. Splitting the atom can yield huge amounts of energy for no greenhouse gas emissions. The downside, however, is that you’re left with piles of radioactive by-product (waste) that is really, really harmful for people, animals, plants, pretty much everything. The good news is that radioactivity naturally decays over time — usually a few million years.

The bad news is that the waste is chemically mobile in water (it gets carried around by rain or rivers) and in air — so you have to keep it well isolated and locked up until that time passes. Which is quite a hassle. The way we go about it now is geological disposal — a fancy way of saying “we bury it really deep” — in disused mines, ocean floor disposal, or (planned) specialized deep-storage.

Rutgers University researcher and assistant professor in the Department of Materials Science and Engineering Ashutosh Goel thinks he’s found a better way to go about it, by immobilizing radioactive waste in glass and ceramic materials. Goel is the principal investigator (PI) or co-PI for six glass or glass-related waste containment projects. His work may help to one-day safely dispose of highly radioactive waste, now stored at commercial nuclear power plants.

“Glass is a perfect material for immobilizing the radioactive wastes with excellent chemical durability,” said Goel.

One of his projects involves mass-producing apatite glasses to immobilize iodine-129 atoms in a chemically-stable form. This isotope of iodine has a half-life of 15.7 million years and is highly mobile in water and air according to the EPA. Exposure to iodine-129 affects the thyroid gland and increases the risk of cancer. Another one of his projects developed a way to synthesize apatite minerals from silver iodide particles. Goel is also studying how to capture sodium and aluminum atoms from highly radioactive wastes in borosilicate glasses which resist crystallization. 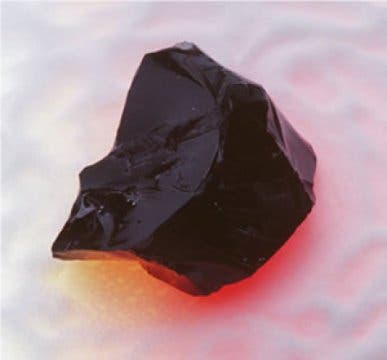 Containing waste in glass might provide us with a safe way to dispose of them in the future. And it will look like this.
Image credits Albert Kruger / U.S. Department of Energy.

Among Goel’s major founders is the U.S. Department of Energy (DOE), which currently oversees one of the most wide-scale nuclear cleanup programs in the world, following the U.S.’s 45 year-long nuclear weapon development and production program. This project once included 16 major facilities throughout Idaho, Nevada, South Carolina, Tennessee and Washington state, according to the DOE. The site in Washington state, Hanford, is one of the biggest clean-up challenges the department faces. This complex manufactured more than 20 million pieces of uranium metal fuel, processing around 110,000 tons of fuel from nine reactors on the Columbia River.

Around 56 million gallons of radioactive waste from the Hanford plants went to underground storage in 177 tanks. It’s estimated that 67 of these tanks — more than a third — have leaked part of the waste, the DOE says. In 1989, clean-up efforts started at the site. The liquids have been pumped out of the tanks, leaving behind mostly-dry waste. Work began on a radioactive liquid waste treatment plant in 1999, which is nearing completion.

“What we’re talking about here is highly complex, multicomponent radioactive waste which contains almost everything in the periodic table,” Goel said. “What we’re focusing on is underground and has to be immobilized.”

The DOE hopes to start churning out radioactive-waste-glass by 2022 or 2023 at Hanford, Goel said.

“The implications of our research will be much more visible by that time.”

“[The process] depends on its [the waste material’s] composition, how complex it is and what it contains,” Goel added. “If we know the chemical composition of the nuclear waste coming out from those plants, we can definitely work on it.”

The full paper “Can radioactive waste be immobilized in glass for millions of years?” is still awaiting publication. Materials provided by Rutgers University can be found here.