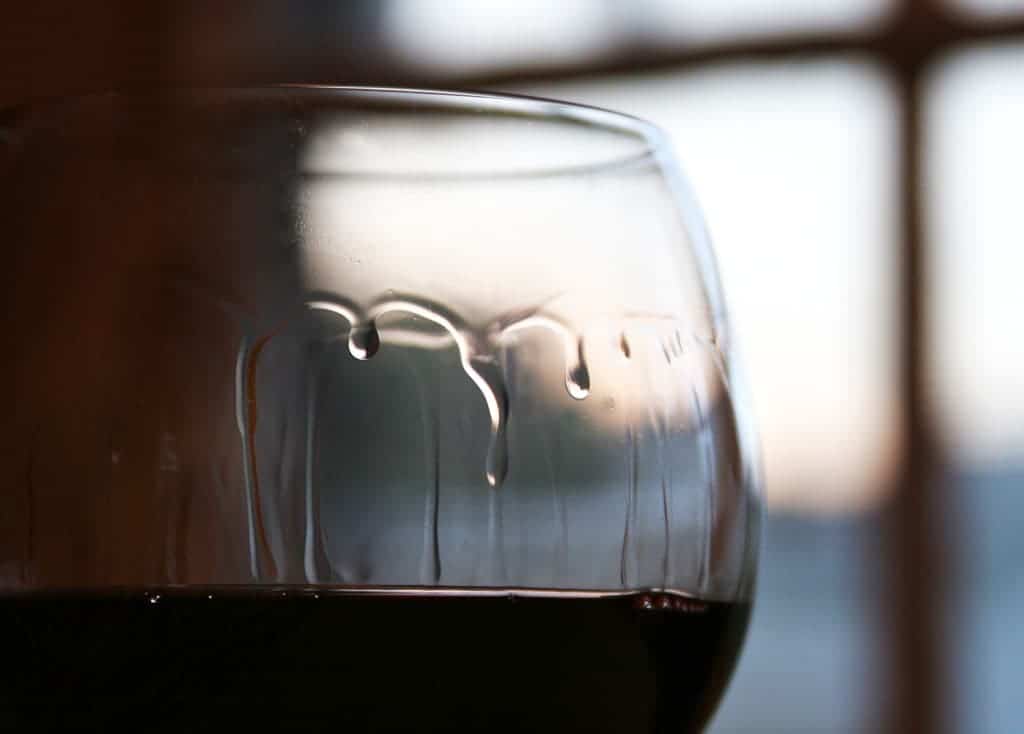 Ever heard of “tears of wine” or the phrase “the wine caught legs”? It’s common when you pour wine in a glass to see  a ring of clear liquid that forms near the top the glass above the surface of wine. These drops continuously form and fall in rivulets back into the liquid and are influenced by a physical phenomenon called  Marangoni convection, or flow.

Marangoni convection is the tendency for heat and mass to travel to areas of higher surface tension within a liquid. Surface tension is a property of a liquid that causes the surface portion of liquid to be attracted to another surface, such as a drop of mercury that forms a cohesive ball in a thermometer or droplets of water on a well-waxed car.

Confused, yet? Here’s a simple experiment you can do at home really quick that will demonstrate surface tension: pour milk (higher fat content is better) and food coloring in a shallow container. Next, add a drop of soap or alcohol and prepare for a really cool and colourful spectacle. If you’re too lazy, though, feel free to watch the video below of the experiment.