In recent years, the scientific community has closely followed the evolution of the Earth’s magnetic field, with some scientists finding clues of a sign of an incoming magnetic pole reversal (something which also spurred a hodgepodge of conspiracy theories). However, a new study reports that what we’re seeing now is probably not a precursor of a magnetic pole reversal. 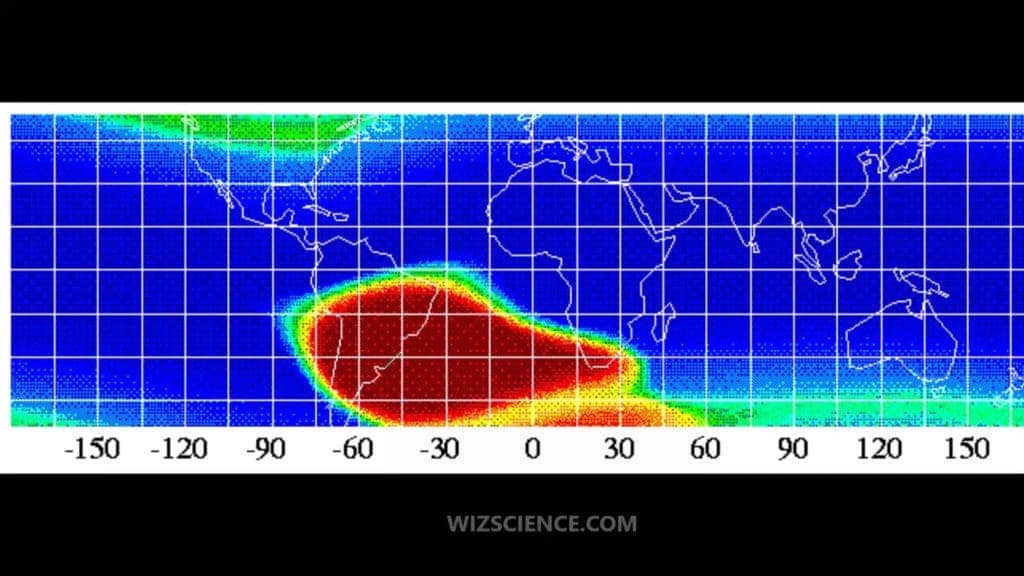 The Earth’s magnetic field is crucial for life on the planet, serving as a shield against hazardous radiation from space, especially coming from the Sun. Since 1840, scientists have been consistently monitoring this magnetic field, and since then, the global strength of the magnetic field has decayed at a rate of about five percent per century. Following this continuous decrease, a significant anomaly has emerged, called the South Atlantic Anomaly.

This anomaly represents an area of an abnormally weak magnetic field — think of it as a dip in the Earth’s magnetic defenses. Here, protection from harmful radiation from space is reduced, which has several unfortunate consequences (for instance, satellites in the area are more likely to suffer from communication blackouts and passengers on flights around the area are subjected to more radiation).

Within the research community, some have interpreted this anomaly as a sign of an incoming pole reversal. If this were the case, it wouldn’t really be surprising — the Earth’s magnetic field is constantly changing, and the way which it changes also changes. As a result, in the Earth’s geological history, magnetic pole reversals have been quite common, and we know this by studying geological proxies — magnetic minerals in the rocks and sediments “record” the orientation and strength of the Earth’s magnetic field at the time of rock formation. By dating the rocks, we can know how the magnetic field evolved, and we have a pretty good idea on how this field evolved through the ages. However, we don’t really know when the next reversal will come.

[panel style=”panel-default” title=”Chrons” footer=””]The Earth’s field has alternated between periods of normal polarity, in which the predominant direction of the field was the same as the present direction, and reverse polarity, in which it was the opposite. These periods are called chrons. The duration of chrons isn’t fixed, though the average time seems to be 450,000 years. The reversals themselves typically take between 1,000 and 10,000 years. However, the last one, which happened 780,000 years ago, happened very quickly — quite possibly in less than 100 years. It’s not really possible to predict these shifts.[/panel] 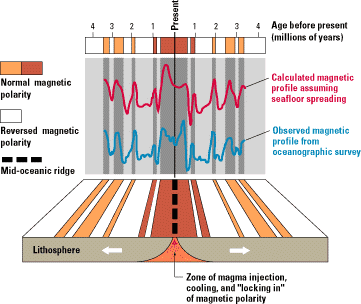 Within their new study, scientists have reconstructed past changes in Earth’s magnetic field using paleomagnetic data from sediment cores and volcanic rocks from across the globe. They found a specifically good record for the time interval of 50,000 to 30,000 years before the present, including two magnetic dips that are similar to the South Atlantic Anomaly.

“Based on our observations of the past 50,000 years we conclude that the South Atlantic Anomaly cannot be interpreted as a sign for the beginning of a reversal of the poles. Times of the past that, unlike the beginning of the Laschamp excursion, showed patterns of the magnetic field like today were not followed by a pole reversal. After some time the anomalies disappeared.”

Richard Holme, Professor of Geomagnetism at the University of Liverpool and co-author, concludes:

“There has been speculation that we are about to experience a magnetic polar reversal or excursion. However, by studying the two most recent excursion events, we show that neither bear resemblance to current changes in the geomagnetic field and therefore it is probably unlikely that such an event is about to happen.

“Our research suggests instead that the current weakened field will recover without such an extreme event, and therefore is unlikely to reverse.”

The paper, `Earth’s magnetic field is probably not reversing’ has been published in Proceedings of the National Academy of Sciences (PNAS) doi:/10.1073/pnas.1722110115.