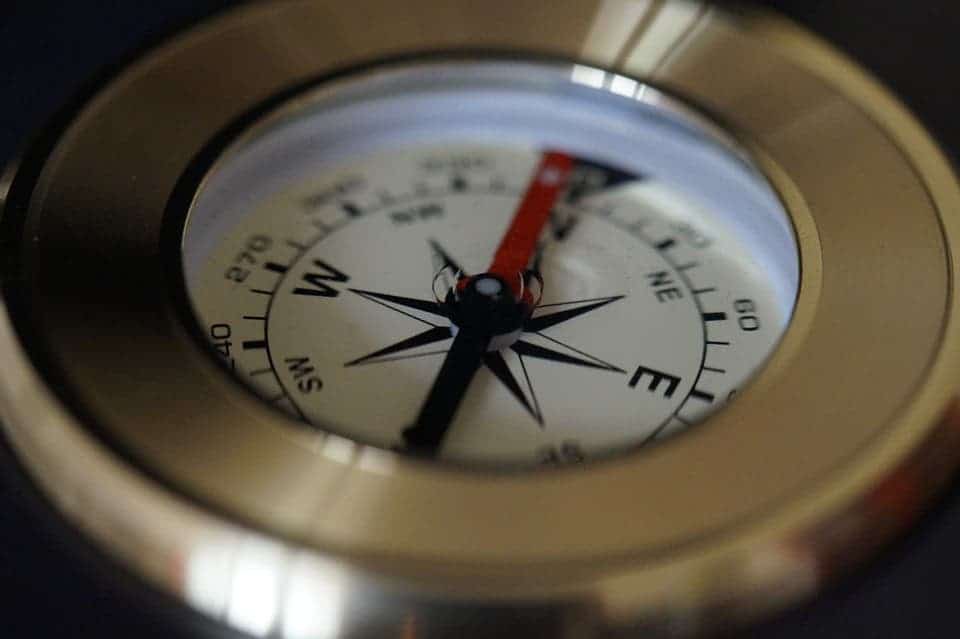 The ability to sense Earth’s magnetic field is essential for many animals that use the magnetic field as a sort of a heads-up display to help them navigate the globe. But do humans also have this capacity? Seems so, claim the researchers of a new study which found that at least some humans have a magnetic ‘sixth sense’, albeit on a subconscious level.

The vestigial compass inside our heads

Hundreds of miles beneath our feet, floating molten liquid is churning away, driving the planet’s magnetic field like a huge electromagnet. The magnetic field serves to deflect most of the solar wind, whose charged particles would otherwise strip away the ozone layer that protects the Earth from harmful ultraviolet radiation. The magnetic field is also what causes a compass to point north. Interestingly, some creatures have an internal compass that enables them to “see” the magnetic field — an ability called magnetoreception.

So far, researchers have identified this ability in quite a number of animals, both vertebrate and invertebrates, from fish and turtle to cows, even bacteria. One of the oddest examples of magnetoreception is dogs, who apparently always poop while facing either north or south.

In 2018, researchers found that European robins (Erithacus rubecula) and zebra finches (Taeniopygia guttata) both have a protein in their eyes’ retina, aptly called CRY4, which specifically evolved to detect magnetic fields.  Humans do not have this protein inside their eyes but other studies have suggested that some animals are capable of magnetoreception as a result of complex neurological processes. This intrigued Caltech geophysicist Joseph Kirschvink and neuroscientist Shin Shimojo who embarked on a new study which solely focused on studying brain waves alone.

For their study, 34 participants had their brain’s electrical activity recorded with electroencephalography (EEG) while they seated inside a custom-built chamber fitted with coils and wires. The researchers varied the current which ran through the wires, with it varying the magnetic field inside the enclosure. The ‘Faraday Cage’ also insulated the participants seated inside from any external magnetic fields. 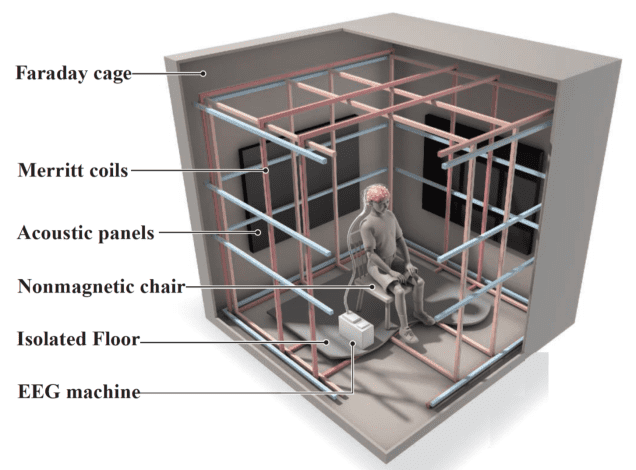 Illustration of the Faraday Cage used in the present experiment. Credit: Bickel.

“The brains were “concerned” with the unexpected change in the magnetic field direction, and this triggered the alpha-wave reduction. That we saw such alpha-ERD patterns in response to simple magnetic rotations is powerful evidence for human magnetoreception,” the authors wrote.

“Our participants’ brains only responded when the vertical component of the field was pointing downwards at about 60 degrees (while horizontally rotating), as it does naturally here in Pasadena, California. They did not respond to unnatural directions of the magnetic field – such as when it pointed upwards.”

“We suggest the response is tuned to natural stimuli, reflecting a biological mechanism that has been shaped by natural selection.”

For decades researchers have been testing humans’ ability to detect magnetic fields with conflicting results. The authors of the new study highlight how birds stop guiding themselves after the geomagnetic field if the strength is more than 25% different from what they’re used to. This tendency might also happen in humans, which may explain why previous efforts to detect magnetoreception came out empty handed — by cranking up the magnetic field to enable subjects to clearly detect it, the practice would only ensure the subjects’ brain ignored it.

The authors believe that this subconscious ability in humans, as in other species, is due to magnetoreceptor cells which contain the ferromagnetic mineral magnetite. In the future, the researchers plan on studying the biophysics of the process in greater detail. They would also like to bring magnetoreception into conscious awareness.

The findings appeared in the journal eNeuro.