We’ve never shun away from praising the almost miraculous properties of graphene, the wonder material set to become even more paradigm shifting than plastic. Graphene has found been found to have the potential to revolutionize a myriad of scientific fields, from genetics, to electronics, to nanotech, to security, to just about anything you could think of. The energy sector, however, might be one of the most gifted out of all by graphene’s Midas touch. 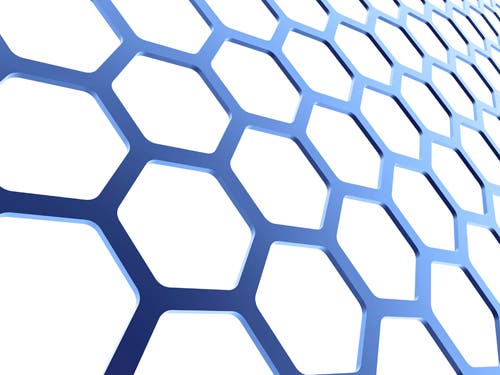 Recent findings by researchers at the Institute of Photonic Science (ICFO), in collaboration with other scientists from Universities in Germany, USA and Spain, have found that graphene is capable of converting a single photon that it absorbs into multiple electrons that could drive electric current. The implications of these findings are enormous, as it would make graphene as the most viable solution for light detection and harvesting applications.

Let’s talk a bit about solar cells, since these are the first to come to mind for most of us. It’s rather unfortunate that solar cells today are so inefficient, where typically the materials employed in their fabrication convert one electron for every absorbed photon. Now with graphene, however, multiple excited electrons can be produced from one single photon, which translates in a significant electrical signal amplification. Solar cells made out of graphene would thus be able to harvest light energy from the full solar spectrum with lower loss.

To reach their conclusions, the researchers devised an experiment in which a known number of photons were emitted with different energies or colors onto a monolayer of graphene.

“We have seen that high energy photons (e.g. violet) are converted into a larger number of excited electrons than low energy photons (e.g. infrared). The observed relation between the photon energy and the number of generated excited electrons shows that graphene converts light into electricity with very high efficiency. Even though it was already speculated that graphene holds potential for light-to-electricity conversion, it now turns out that it is even more suitable than expected!” explains Tielrooij, researcher at ICFO.

There are some issues to tackle before this particular application of graphene can be made truly viable. Scientists have found that graphene has a rather low absorption, which keeps it from being useful for end-user commercial applications – for now, that is. Expect semiconductor technology to be taken afoot by graphene in merely a decade from now. Numerous governments and universities think so, as well, which is why most recently the European Commission awarded  two billion euros ($2.68 billion) in funding – the largest research grant in official, recorded history – for the reserach into the new wondermaterial graphene and the neurochemistry of the human brain.

“It was known that graphene is able to absorb a very large spectrum of light colors. However now we know that once the material has absorbed light, the energy conversion efficiency is very high. Our next challenge will be to find ways of extracting the electrical current and enhance the absorption of graphene. Then we will be able to design graphene devices that detect light more efficiently and could potentially even lead to more efficient solar cells.” concludes Frank Koppens, group leader at ICFO.