Researchers from the University of Illinois made a discovery that left the scientific world positively excited. They discovered a new form of matter postulated over 50 years ago, consisting of a boson, a composite material that can allow it to act as a superfluid, superconductor, and an insulating electronic crystal. If that sounds bizarre… well, it kind of is. 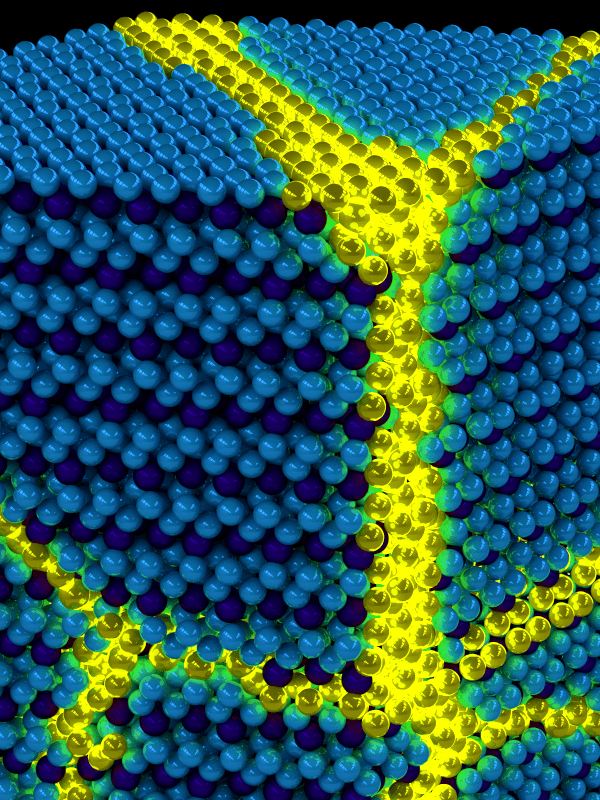 Artist’s depiction of the collective excitons of an excitonic solid. These excitations can be thought of as propagating domain walls (yellow) in an otherwise ordered solid exciton background (blue). Image courtesy of Peter Abbamonte, U. of I. Department of Physics and Frederick Seitz Materials Research Laboratory.

The more you dive into the world of particle physics, the stranger things get. The laws of physics themselves start to change if you go down to a small enough scale, with quantum mechanics taking over the more familiar laws of macroscopic physics. A form of matter called a Bose-Einstein condensate (BEC) somewhat bridges the gap between the two. BECs are basically a state of matter in which extremely cold atoms clump up together and behave as a single entity, called a boson. Photons, for instance, are a type of boson, as are some more complex quasiparticles such as plasmons, and phonons.

Excitonium is a type of a condensate made up of excitons — a type of quasiparticles formed in a quantum mechanical pairing from an escaped electron and the hole it left behind. It all starts with a semiconductor, a material with electrical properties somewhere in the middle, between those of a conductor and an insulator. Basically, when an electron on the edge of a semiconductor’s valence band gets excited, it moves on to the conduction side, which is empty. Since all electrons have a negative charge, this leaves behind a “hole” in the valence band, which acts as a positively charged entity. The negative electron and the positive hole are drawn to each other, forming a type of boson called an exciton. The fact that the hole acts as a particle itself can be attributed to the surrounding crowd of electrons. But that understanding makes the pairing no less strange and wonderful, researchers say.

Excitonium was first proposed half a century ago and was hotly debated by particle physicists. But now, researchers have finally managed to prove its existence and create it. When a largely theoretical particle is proven to also physically exist, the result can only be, well, exciting.

“Ever since the term ‘excitonium’ was coined in the 1960s by Harvard theoretical physicist Bert Halperin, physicists have sought to demonstrate its existence,” says Peter Abbamonte, lead researcher on the new study. “Theorists have debated whether it would be an insulator, a perfect conductor, or a superfluid – with some convincing arguments on all sides. Since the 1970s, many experimentalists have published evidence of the existence of excitonium, but their findings weren’t definitive proof and could equally have been explained by a conventional structural phase transition.” 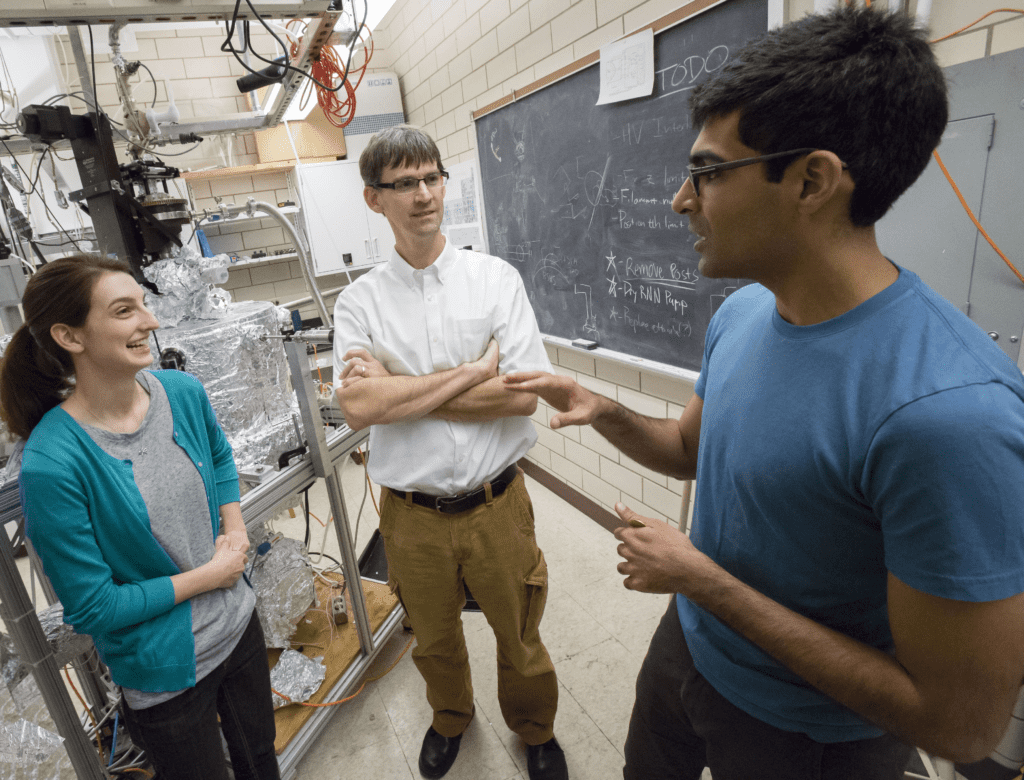 U of I Professor of Physics Peter Abbamonte (center) works with graduate students Anshul Kogar (right) and Mindy Rak (left) in his laboratory at the Frederick Seitz Materials Research Laboratory. Photo by L. Brian Stauffer, University of Illinois at Urbana-Champaign.

The finding could have important ramifications. Excitonium exhibits macroscopic properties of a superconductor, or superfluid, or insulating electronic crystal. These properties make the finding significant not only from a scientific point of view but also from a practical one. It’s not clear yet what the applications of excitonium could be, but it exhibits some enviable properties. Still, for now, it sheds some much-needed light on the often counterintuitive world of quantum mechanics. The study is also a testament to how much research technology has progressed — until only a few years ago, we just didn’t have the necessary tools to create such materials.

“This result is of cosmic significance,” Abbamonte concluded.

The research was published in the journal Science.