After 10 years of research and development, one company has now unveiled the first-ever color X-ray scanner.

The boring old black-and-white X-ray slides are a thing of the past — after 10 years spent in development, MARS Bioimaging has unveiled the first-ever color X-ray scanner. The device offers physicians an unprecedented tool to peer into the bodies of patients, with potential applications ranging from research to diagnostics.

X-ray imaging works by pushing high-energy radiation through your body onto a recording plate (or ‘film’). The denser bits inside you, most notably bone, block or absorb these rays. Your more fleshy bits — such as muscle, organs, and other soft tissues — generally allow X-rays to pass straight through. Radiation enters a particular area, exits the body, and reacts with the recording plate. Soft tissue, which lets a lot of this radiation pass, will appear dark on the recording. Areas that allowed relatively little radiation to pass through will show up as white.

It’s a really nifty way of looking inside the body. It only produces black and white images, and often with blurry contours — but it’s typically accurate enough for what we need it to do. A doctor can still tell if one of your bones is broken by looking at an X-ray. It doesn’t matter very much if the image only shows two colors without crisp lines, as bones tend to be quite obvious.

With the new technology, the ‘X-ray’ part of the new device works largely the same way. The real advance is what it does with the readings. 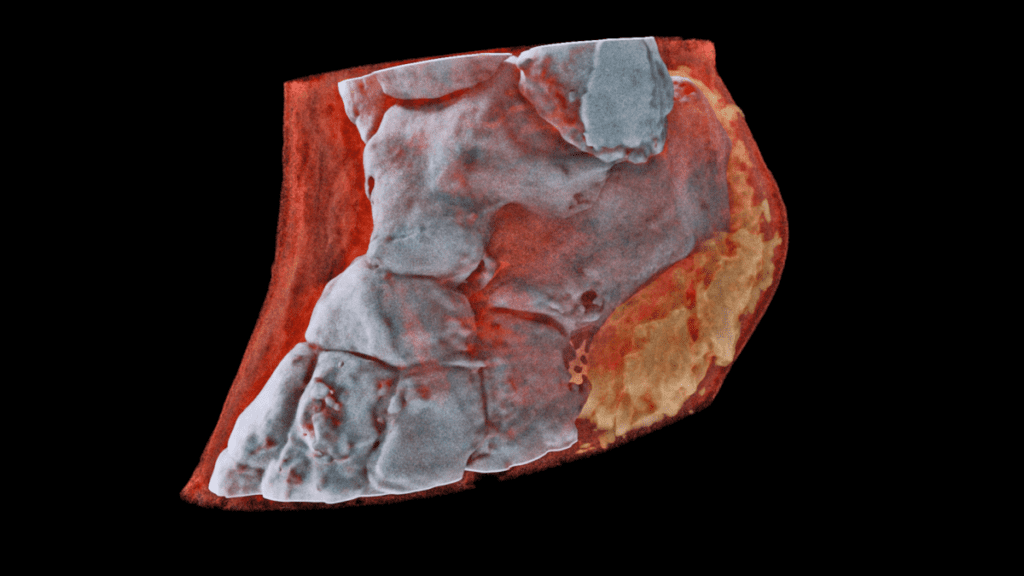 Strictly speaking, the scanner itself doesn’t produce the colors — they’re generated after the readings are completed. The device draws on a combination of Medipix technology. “Medipix is a family of read-out chips for particle imaging and detection,” Cristina Agrigoroae wrote for CERN (the European Organization for Nuclear Research). It works like a camera, detecting and counting each individual particle hitting the pixels when its electronic shutter is open.

Medipix was first developed to help CERN researchers track particles in the Large Hadron Collider — and computer algorithms to ‘gauge’ the color of your tissues.

Essentially, it all boils down to how the device records radiation after it passes through a patient’s body. Traditional X-ray devices record whether these waves pass through bone or soft tissue; meanwhile, MARS Bioimaging’s device records the intensity of the outcoming radiation. Based on these values, which are contingent on the make-up of the tissues they pass through, the algorithm fills in colors to represent your bones, muscles, and other tissues. 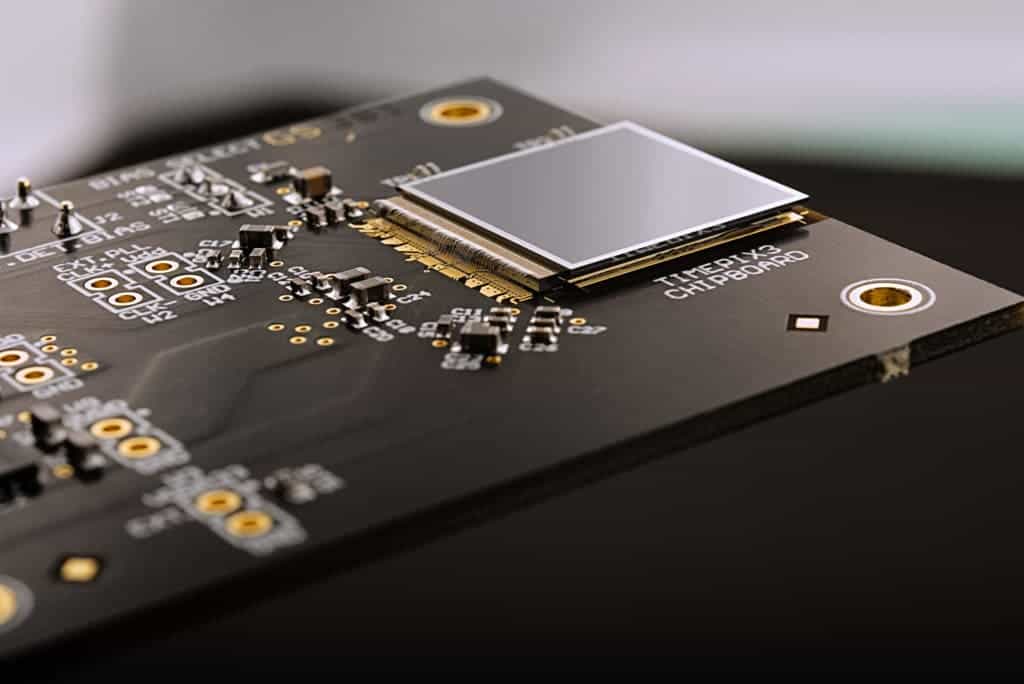 Timepix3, one of the read-out chips of Medipix.
Image credits CERN.

But, if traditional X-rays are just good enough to spot broken bones, why do we even need all these colors? Won’t just they confuse our doctors? Well, not really.

The main benefits of the new technology are much better resolution (crisp images) and the ability to spot issues with both the bones and their surrounding tissues.

“This technology sets the machine apart diagnostically because its small pixels and accurate energy resolution mean that this new imaging tool is able to get images that no other imaging tool can achieve,” says Phil Butler — a physics professr, co-founder of MARS Bioimaging, and one of the researchers behind the device — in a CERN news release.

For example, Phil and his partner Anthony Butler (Phil’s son and a bioengineering professor) have already made the device available for a number of studies in areas that typically had little use for X-ray scanners — such as cancer or stroke research.

“In all of these studies, promising early results suggest that when spectral imaging is routinely used in clinics it will enable more accurate diagnosis and personalization of treatment,” Anthony Butler explains.

The duo plans to test their scanner in a New Zealand trial focused on orthopedic and rheumatology patients. However, they caution that even if the trial goes swimmingly, it might still take years for the technology to get all the regulatory approval it requires before it can be used on a wide scale.