The vast oceanic gyres (large systems of rotating currents) are thought to be stable and barren. Caused by the Coriolis effect produced by the Earth’s rotation, they cover around a third of the Earth’s surface. They’re also regarded biological deserts, with stratified, nutrient-poor water that just doesn’t favor a thriving ecosystem.

But there’s an exception.

The North Pacific Subtropical Gyre ecosystem features an anomaly which has puzzled oceanographers for years: it changes its chemistry with no clear cause. The new study focused on the North Pacific Subtropical Gyre, using three decades of observation data from Station ALOHA by the Hawaii Ocean Time-series program to characterize this surprising area. 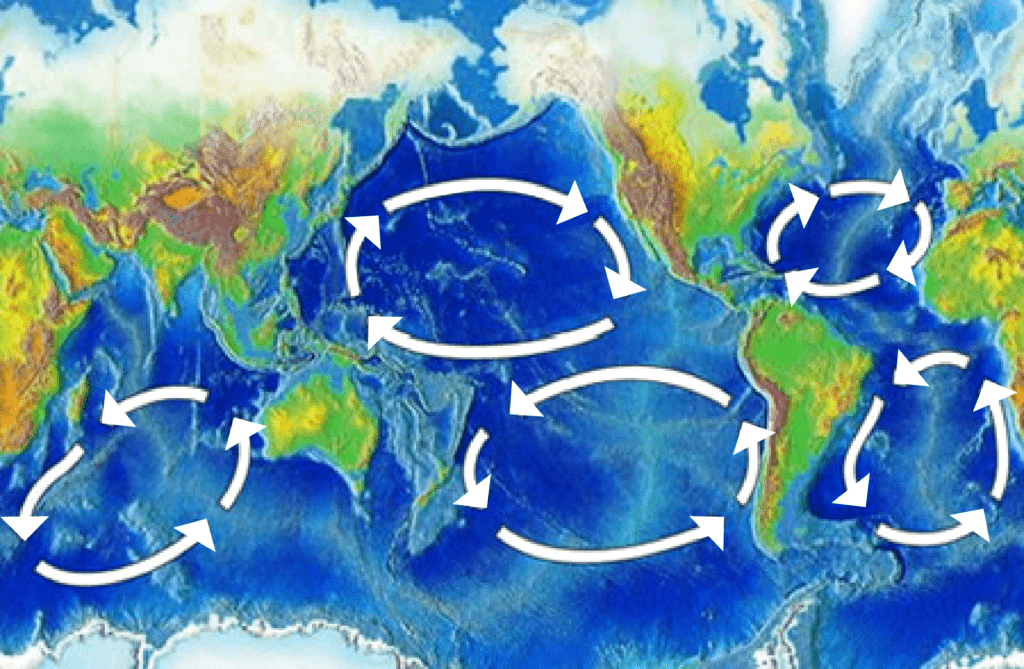 Generally speaking, the more mixing takes place in an oceanic environment, the better it is for life. Sunlight passes through the surface parts of the water column, allowing photosynthetic creatures to do their thing, while nutrient-rich layers from the bottom of the sea are brought to the surface as a fertilizer. In the North Pacific gyre, however, that’s not really the case.

The water is strongly stratified because there’s no real mixing taking place. This means that without deeper murky waters brought in the mix, the surface water is exceptionally clear, supporting photosynthetic activity below 100 meters (or 328 feet). But in order for marine life to thrive, it would need elements such as phosphorous and iron, which are lacking in the area.

Or so we thought.

Over the course of three decades, researchers noticed a surprising variation in the chemistry of these waters, as if something was fertilizing them with phosphorous and iron. They traced the source back to Asian dust, coming from small desert particles, forest fires, and even factory output. These particles are carried over large distances by strong winds, ultimately spreading around the gyre and providing nutrients necessary to sustain life.

The supply of nutrients is a fundamental regulator of oceanic wildlife (and carbon sequestration). These ecosystems are governed by nutrient sources and nutrient sinks, and any change in these parameters could have cascading effects on biodiversity. Researchers were surprised to see just how much of an impact the Asian dust has, and how dynamic and unpredictable its input is.

“We now know that these areas that were thought to be barren and stable are actually quite dynamic,” said Ricardo Letelier, an Oregon State University biogeochemist and ecologist, who in collaboration with David Karl at the University of Hawaii led this study. “Since these areas cover so much of the Earth’s surface, we need to know more about how they work in order to better predict how the system will respond to climate variations in the future.” 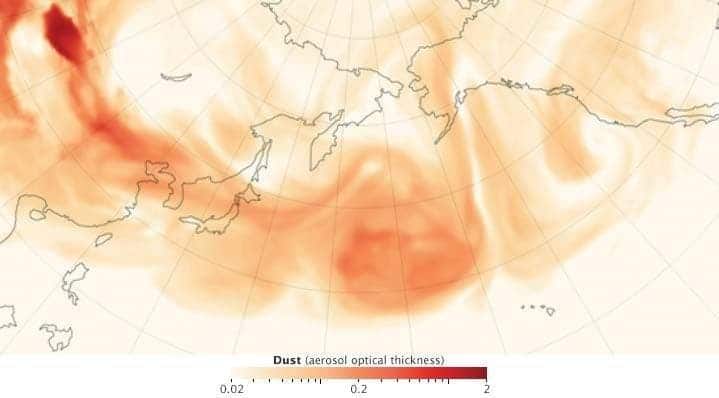 This pattern isn’t regular, researchers stress, and it’s not exactly clear how the ecosystem copes with this irregularity.

There’s another creeping issue affecting this process: human influence. Rising temperatures (which are especially prevalent in the Arctic) mean that global wind circulation will also change, with consequences that are as of now unforeseen. Additionally, pollution is also an unpredictable factor in the mix. How these aspects will affect the transport of iron- and phosphorous-rich dust from Asia to the Pacific remains a question to be answered by further research.

The study has been published in PNAS.