Studying ants could help us reduce or even eliminate traffic jams, but only if we let go of our ego. Physicist Apoorva Nagar at the Indian Institute of Space Science and Technology found that ants don’t have traffic jams, and we have much to learn from them when it comes to using a road. 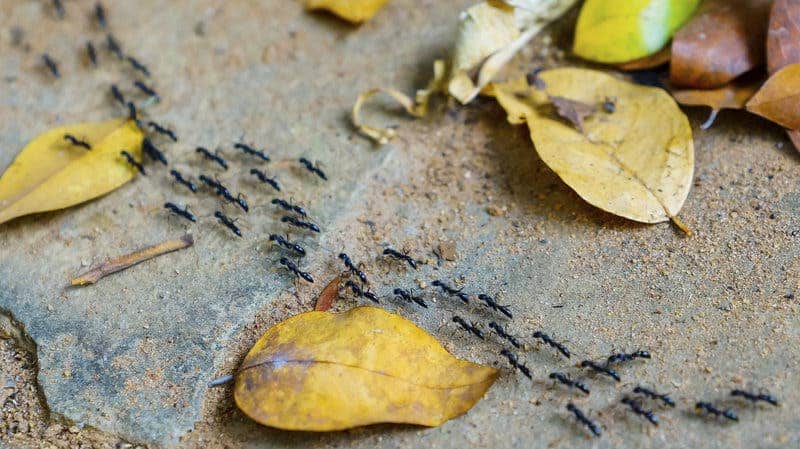 Unless there’s a serious pileup, ants in traffic tend to bypass a collision and just keep going. A physicist has found a way to model this behavior with a mathematical equation.
Image via iStockphoto

Nagar became interested in this topic when he read a study by German and Indian researchers showing that ants running along a path are able to maintain a steady speed even when there’s a crowd – something which humans are notoriously bad at. This is actually one of the main reasons which prompted more investments in driverless cars.

There are three main reasons why this happens. First of all, ants don’t have egos – they don’t want to impress others, they don’t show off by zooming past other ants, they just walk. Humans on the other hand have a much more erratic behaviour, prompted by our egos.

“The second thing is, they do not mind a few accidents or collisions,” say Nagar. So unless there’s a serious pileup, they just keep going.

This would be much more difficult to implement for us – people do mind accidents and collisions, and this is not going to change anytime soon.

The third reason however is more intriguing – when it gets crowded, ants get more discipline. They vary their speed less and walk in a straighter line, without making any sudden or unexpected moves. However, as it gets more and more crowded, ants start walking faster. The insects hit the gas instead of the brakes as it got more crowded, upping their speed by about 25% as their density doubled.

Nagar set up his experiment and study and published it in the journal Physical Review E. However, he is not so sure how relevant this will be for human drivers.