Just like Treebeard the Ent claims to be the oldest creature in Middle Earth, trees are among the oldest living beings on real Earth. The oldest tree depends on what you count as a “tree” but ranges from 5,000 to 80,000 years. Now that’s a long time!

Trees have been around for such a long time because a long life means that there is more opportunity to reproduce. Therefore a longer life has been evolutionarily selected for, and trees have unique abilities such as being able to replace organs, part of the tree being able to survive even if the whole is damaged, and their array of defense compounds.

Single trees can be measured directly for how old they are. Usually, researchers count tree rings or estimate their age from the tree’s size and growth rate. The trunk shows how old the whole tree is (this might sound obvious, but we will see later that it isn’t). 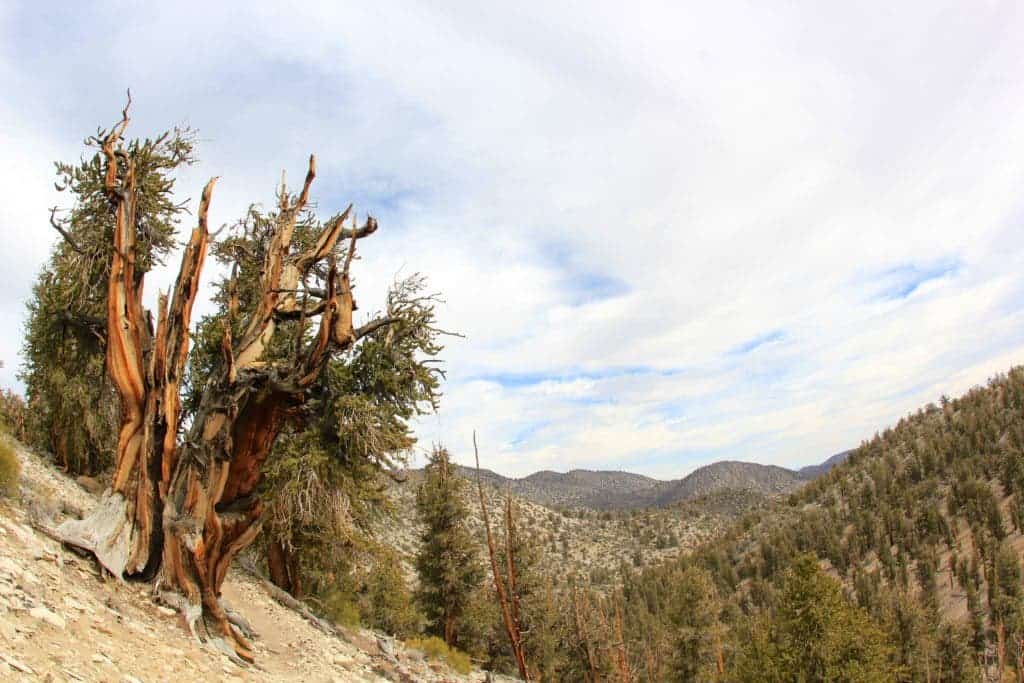 The oldest tree in the world is this species, a bristlecone pine. Image credits: daveynin.

Great Basin bristlecone pine trees (Pinus longaeva) from California and Nevada top the list of the oldest trees. There are several that are around 5,000 years old. The oldest is 5,066 years old and located in the White Mountains of California. The second oldest, called Methuselah, is 4,849 and also in California. Their exact locations are kept a secret to protect them. Prometheus, which would be the third oldest was cut down in 1964 by a researcher who wasn’t aware how old it was.

These pines aren’t the only trees that can live a long time; cypress, olive trees, and yew tree have also been found to be over 3000 years old. There could be other really old trees, but they haven’t been measured yet.

Clonal colonies are composed of genetically identical trees that are connected by a root system. Though the trees themselves might not actually be so old, the root system and the whole organism could be much older than any individual tree. So if you aged a single tree then you would think that the tree isn’t so old, but if you aged the root system, such as with radiocarbon dating, it can be much, much older. 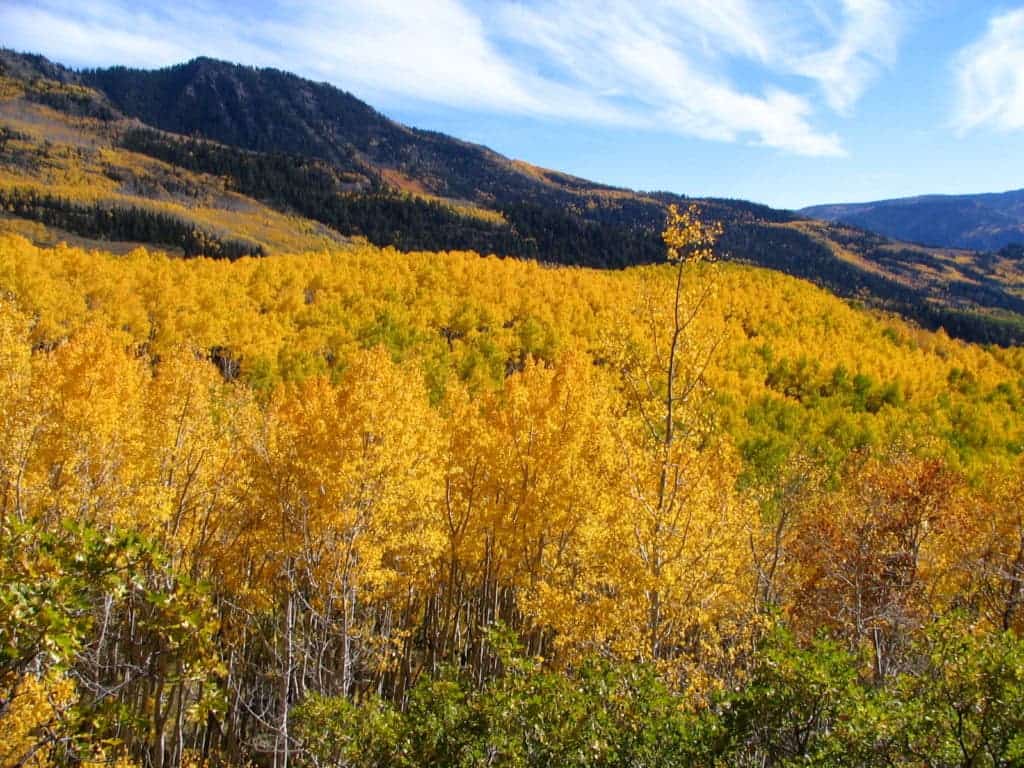 Pando is one of the largest, oldest living organisms in the world. Image credits: Mark Muir.

Here are a few examples of very old clonal tree colonies. A colony of quaking aspen trees (Populus tremuloides) in Utah called Pando is believed to be one of the oldest and largest organisms in the world. It covers 106 acres (43 hectares), contains around 40,000 trees, and it is at least 80,000 years old. It has been cloning itself for that period of time. However, the individual trees in Pando are only about 130 years old. The Jurupa Oak in California is the second oldest at about 13,000 years old.

Old Tjikko, a Norway Spruce (Picea abies), in Norway is often called the world’s oldest tree. However, the distinction needs to be made that it is actually a clonal tree, and if you compare it to Pando then it’s still a baby colony. The tree lives to be about 100 but Old Tjikko’s root system is 9,550 years old. It is likely the only living trunk left from a former colony which started growing in the last Ice Age. Four generations of remains were found at the site, all genetically the same. 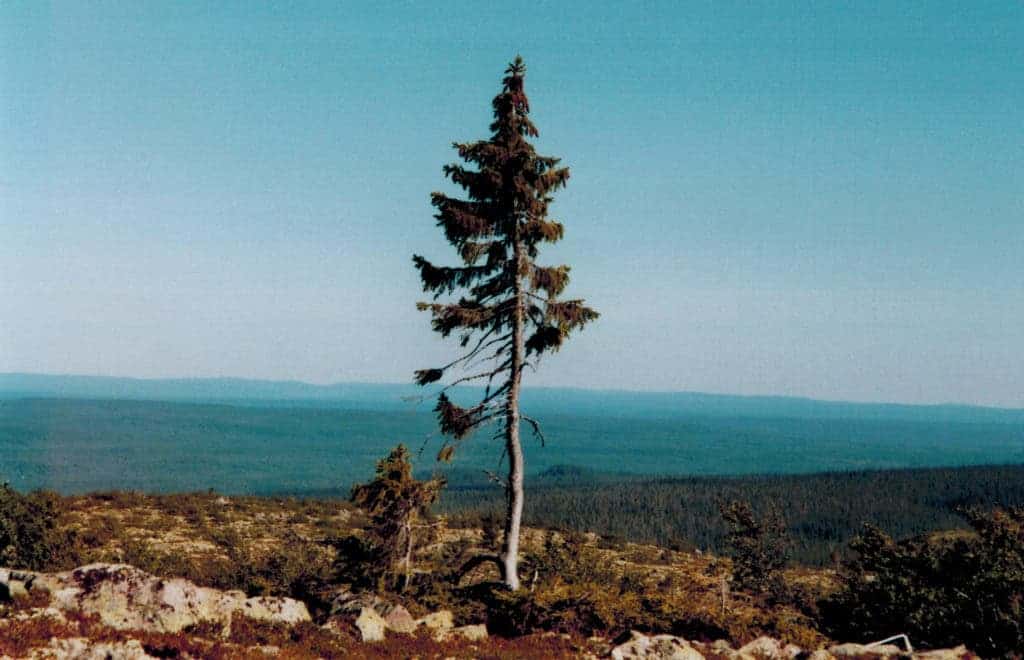 Old Tjikko, the stem itself isn’t so old (about 100 years), but the as a whole it is about 9,550 years old. Image credits: Karl Brodowsky.

All in all, these trees are very old. When Pando started growing, modern humans were just spreading to Asia from Africa. The oldest individual tree started growing at about the same time as the Stonehenge was first built, Troy was founded, and the first pharaohs reigned. These trees still stand as a remnant from a time long past.