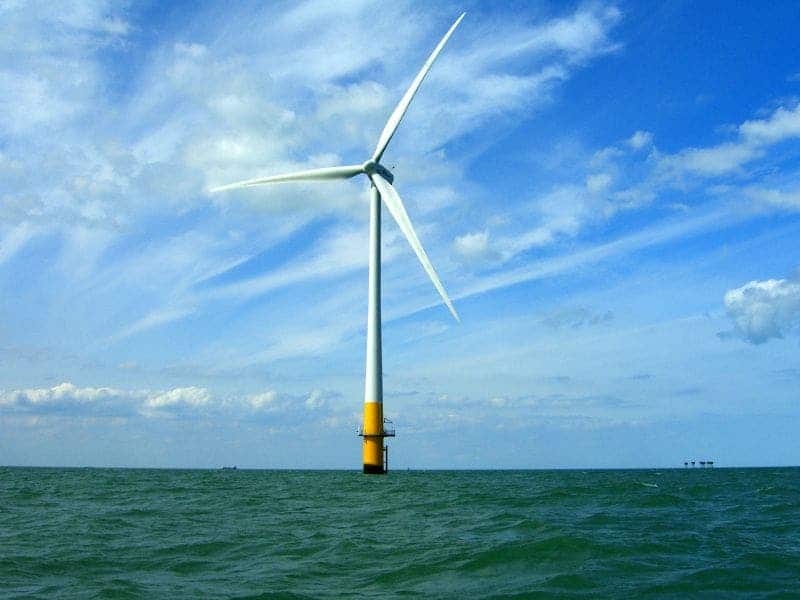 It has only five turbines and can power an estimated 17,000 homes — which isn’t much for a power plant of this type. But the inconspicuous Block Island Wind Farm is a U.S-first, and many hope that its example will lead to the creation of a new, cleaner energy industry in the country.

We’ve seen several European countries invest heavily in off-shore wind farms over the past few years, and for good reasons. Installing the turbines offshore is more expensive, but they can harvest the energy of the sea’s strong, steady winds. This means they can produce more power, and produce it more reliably, than their land-locked counterparts. There’s also the advantage of taking the turbines away from populated areas, limiting noise pollution and the risk of accidents.

But the U.S. never got its hands on a piece of this very profitable pie. While European countries were installing these machines by the thousands, proposals in the U.S. faltered due to a lack of expertise in the field (which drove installation costs up), opposition from locals who didn’t want their view of the ocean ruined by the turbines, and a murky legislation about the use of seafloor.

“People have been talking about offshore wind for decades in the United States, and I’ve seen the reaction — eyes roll,” said Jeffrey Grybowski in an interview on Block Island. “The attitude was, ‘It’s not going to happen; you guys can’t do it.’”

Jeffrey Grybowski, CEO of Deepwater Wind of Providence, R.I., has now proved that they can. With backing from the political leadership of Rhode Island, which took up the torch for this newly born industry ahead of bigger states like New York of Massachusetts, the company set up the Block Island Wind Farm.

They’ve also been helped by improving legislative conditions — starting from a law passed by Congress in 2005 and signed by President George W. Bush, the Obama administration has been clarifying the ground rules for off-shore turbine farms. They’ve also been leasing out large patches of ocean floor for wind-power development, so there are nearly two dozen such projects currently in development — setting the stage for the United States to dramatically expand on offshore wind.

Even at state level governments have begun making big pushes towards renewable power, driven by a growing sense of urgency regarding climate change. Gov. Andrew M. Cuomo of New York set a goal of drawing 50 percent of the state’s power from renewables by 2030, and the state will probably need large offshore wind farms to help achieve that. Gov. Charlie Baker of Massachusetts also signed a bill ordering the state’s utilities to develop contracts with offshore wind farms for an immense amount of power — 50 times the expected output of the Block Island Wind Farm. Other states, too, are looking to cash in on wind power and the Department of Energy believes that many thousands of these turbines could one day circle the United States coastline.

Right now, the focus in on the Northeast. There are a lot of power-hungry cities here so energy sells well, but there’s fierce opposition to building new power plants on land — thankfully, its coastlines have some of the world’s fiercest winds and the water stays relatively shallow for miles off shore so turbines can be installed where they won’t be seen from the beaches.

The Unites States might also have to profit from the extensive expertise others have on offshore wind turbines. The technology has been proved in Europe, with each turbine now costing up to $30 million to build, install and connect to the power grid. It’s a billion dollar industry, and the companies that install them have developed accordingly. Where European nations once used to promote wind farm by agreeing to sell the power at a premium price, they now use competitive bidding to drive down the cost of the projects. While installation will still be pricier than in Europe because local companies don’t have the technical base and the same know-how, the U.S. will still save a lot of money off of these falling costs — the Block Island turbines were built overseas by a division of General Electric and were installed by a ship from Norway, brought over at a cost of millions of dollars, with help from an American vessel. 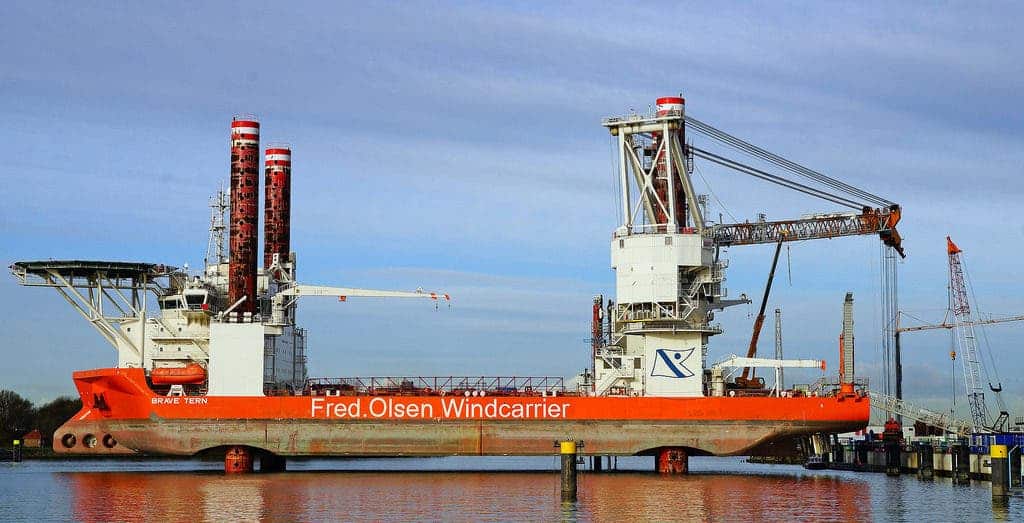 However, if the plans laid down right now follow through, the costs will fall dramatically as domestic industry groups scale up to meet the demand. For the Block Island project, a company in Houma, La., won the contract to build the metal foundations in the water, and several Gulf Coast businesses specialized in offshore oil structures see wind power in the Northeast as a potential new market.

A future being decided right now, with the 5-strong Block Island Wind Farm sending a clear message: the U.S. can be powered without choking our air with smog.

“I do believe that starting small has made sense,” said Bryan Martin, Deepwater Wind’s chairman and D. E. Shaw’s head of United States private equity investment. “I would say that the next projects are going to be substantially bigger.”

Initial financing for the $300 million project came from the D. E. Shaw Group, a big investment firm based in Manhattan. The turbines are locked for now, but they will be turned on sometime in October and after a few weeks of testing and fine-tuning, America’s first offshore wind farm will begin pumping power into the New England electric grid.