Ancient volcanism offers a glimpse into the future effects of climate change. 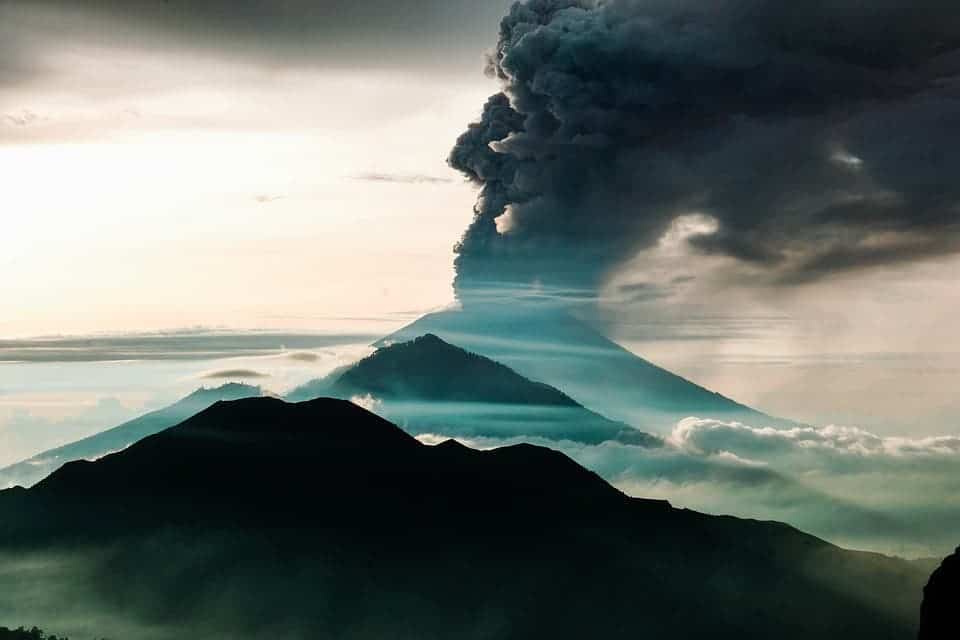 Right now, global climate patterns are swinging wildly (in geological terms), powered by all the greenhouse gases we’re pumping in the atmosphere. We have some broad idea of what these changes will entail, but we don’t know the details — and not knowing what to expect in such circumstances is quite scary. One thing we do know for sure right now is that the high concentrations of carbon dioxide in the atmosphere are draining oceans of oxygen. It’s happening faster than anything similar we’ve ever seen and has researchers worried and scrambling to find solutions.

For that, however, we’ll need to know what to expect. One team of researchers from Florida State University (FSU) dredged the geological record for similar events to use as a guideline. The magnitude and sheer destructiveness of what they found suggests that we were right to worry.

The team used ancient volcanism as a proxy for today’s anthropic emissions. Millions of years ago, during the Toarcian Oceanic Anoxic Event (T-OAE, during the Early Jurassic), powerful eruptions belched large quantities of carbon dioxide into the atmosphere. Oxygen levels in ocean waters soon plummeted. Most marine life followed suit, leading to a devastating mass extinction.

“We want to understand how volcanism, which can be related to modern anthropogenic carbon dioxide release, manifests itself in ocean chemistry and extinction events,” said study co-author Jeremy Owens.

“Could this be a precursor to what we’re seeing today with oxygen loss in our oceans? Will we experience something as catastrophic as this mass extinction event?”

The team set out to reconstruct ocean oxygen levels during the Early Jurassic in order to better understand the mass extinction event during the T-OAE. Their research reinforces previous findings regarding the (bad) effects of increased ocean temperature and acidification on marine life. However, it also revealed the importance of a third factor, oxygen level change, in leading to such an event. 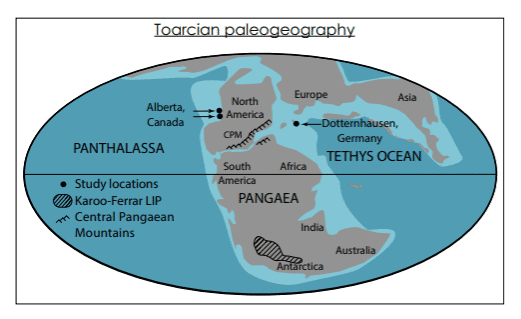 For the study, the team retrieved samples of ancient rock formations from North America and Europe. Thallium isotope analysis performed at the FSU-based National High Magnetic Field Laboratory revealed that oxygen levels in the oceans started to drop several hundred thousands of years before the interval we ascribe to the T-OAE. This initial drop was caused by massive bouts of volcanic activity, they explain, adding that it’s not that different a process from modern anthropic emissions of CO2.

“Over the past 50 years, we’ve seen that a significant amount of oxygen has been lost from our modern oceans,” says Theodore Them, a postdoctoral researcher at FSU who led the study. “While the timescales are different, past volcanism and carbon dioxide increases could very well be an analog for present events.”

“As a community, we’ve suggested that sediments deposited during the T-OAE were indicative of widespread oxygen loss in the oceans, but we’ve never had the data until now.”

High atmospheric levels of carbon dioxide increase average temperatures on the planet. This sets into motion multiple chains of events (chemical, biological, as well as hydrological) that compound to remove oxygen from ocean water. Ultimately, this process resulted in severe oceanic deoxygenation and mass extinction of marine life, which we see in the geological record as the T-OAE. 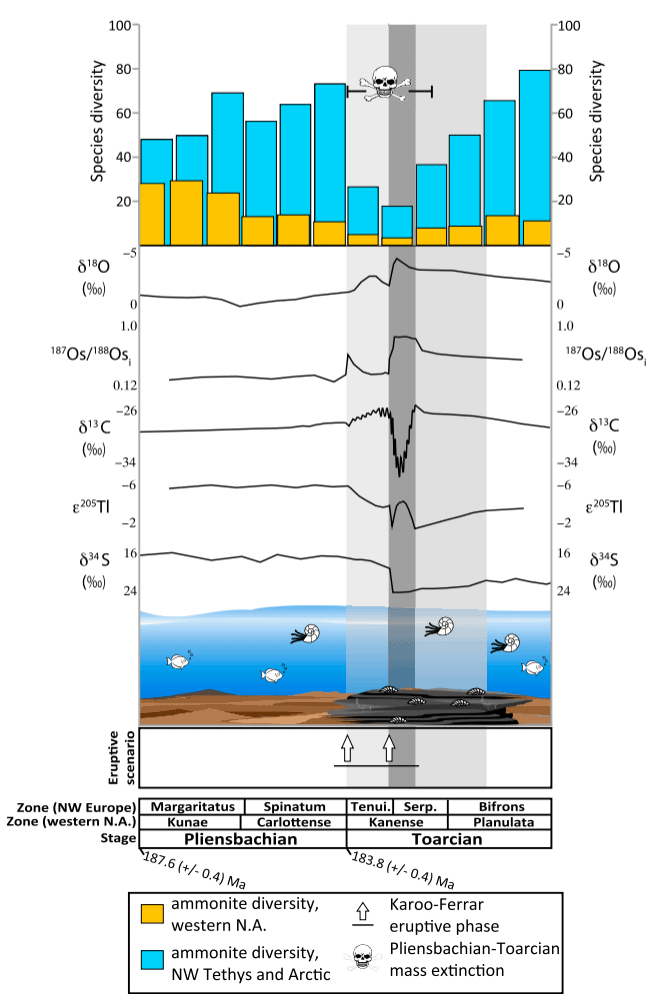 The findings help flesh out our understanding of how Earth’s systems function. But they also point to a worrying precedent. We’re already seeing signs of ocean acidification, increased average temperatures, and of falling levels of oxygen in ocean water. It’s safe to assume that the interplay between these events will have the same results as in the Early Jurassic. Should we continue pumping greenhouse gases such as CO2 in the atmosphere, we might just usher in an ocean mass extinction upon ourselves — one that will likely take society as we know it down, too.

“It’s extremely important to study these past events,” Them said. “It seems that no matter what event we observe in Earth’s history, when we see carbon dioxide concentrations increasing rapidly, the result tends to be very similar: a major or mass extinction event. This is another situation where we can unequivocally link widespread oceanic deoxygenation to a mass extinction.”

Not all is lost, however. All out tech and know-how put us in this position, that’s true, but it also offers the way out. There are steps we can take to stop or at least slow down the rate of oxygen loss in our oceans, the team notes. For example, maintaining environments that absorb and store carbon dioxide (such as wetlands or estuaries) could help reduce the effect of our emissions. The single biggest change we can make, however, is to de-couple our industries and economies from fossil fuels — efforts are already underway, but it never hurts to double down.

Personal efforts also help. Many of the things you can do to reduce your impact on the planet are also quite healthy and beneficial choices on an individual level: drive less, to reduce the level of emissions you put in the air and get some exercise, too. Eat more veggies, cut out as much meat and dairy as you’re comfortable too, or just be more selective about what type of animal protein you eat — good for your health, your wallet, and the planet! Finally, waste not — it helps to reduce emissions from industry, reduces trash, and will give you a mood boost.

The paper “Thallium isotopes reveal protracted anoxia during the Toarcian (Early Jurassic) associated with volcanism, carbon burial, and mass extinction” has been published in the journal Proceedings of the National Academy of Sciences.