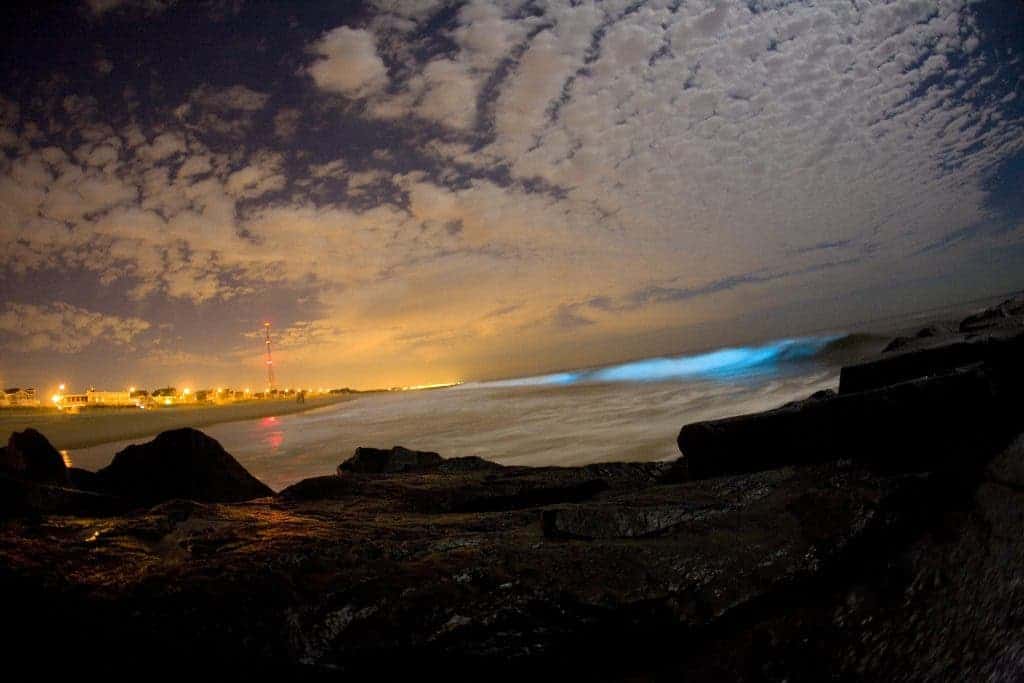 Strollers along the San Diego shoreline experienced their own kind of Northern Lights these past few days, only the western coast equivalent is less about skyline astral projections, and more about a grand neon blue light show luminating from within the ocean’s waves. And less cold.

The event is actually a bioluminescence  phenomenon and is caused by a algae bloom called the “red tide.” The organism,  a phytoplankton called Lingulodinium polyedrum, has bloomed since late August, turning the water a brownish-red color in the daytime. In the night time, however, the coastline is lit with a mystical electric-blue hue.

The bioluminescence is a chemical reaction on a cellular level within the algae caused by the motion of the waves, according to Scripps Institution of Oceanography Professor Peter J. Franks, who calls the phytoplankton “my favorite dinoflagellate.”

“Why favorite?” Franks wrote in an email Q&A posted on the blog Deep-Sea News. “Because it’s intensely bioluminescent. When jostled, each organism will give off a flash of blue light created by a chemical reaction within the cell. When billions and billions of cells are jostled — say, by a breaking wave — you get a seriously spectacular flash of light.”

On the San Diego beaches even footprints in the sand are illuminated where the plankton has washed ashore. Anybody from San Diego reading ZME Science? I’d love to hear some on-site reactions, or maybe you could share some photos on our facebook page.