An international team of scientists has returned from a deep sea research voyage, finding several intriguing species including what seems to be a fish without a face. 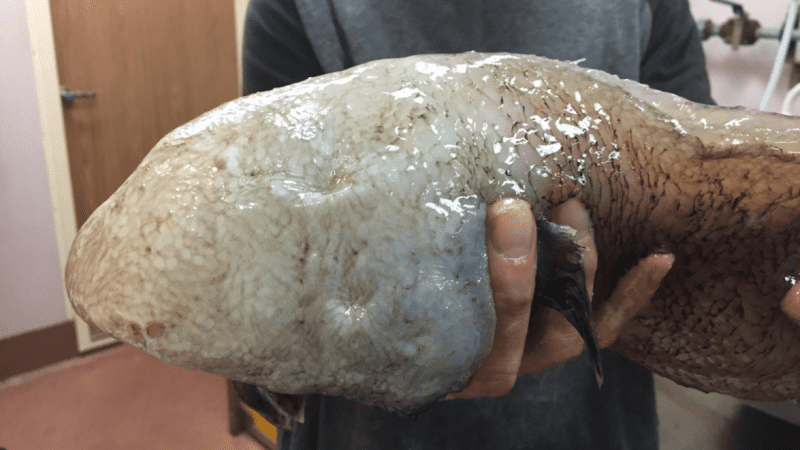 A fish has no face

The voyage, called Sampling the Abyss, was organized and carried out by Museums Victoria and the Commonwealth Scientific and Industrial Research Organization (CSIRO). The mission was settling into a normal rhythm when they found a bizarre-looking fish which seemed to have no face. They pulled it up from 4,000 meters — it was unfortunate for the fish, but the team was thrilled.

“Everyone was amazed,” writes Dianne Bray from Museums Victoria. “We fishos thought we’d hit the jackpot, especially as we had no idea what it was. Tissue samples were taken (for genetic analyses) and images were emailed to experts who work on weird abyssal fishes. We even conjured up possible new scientific names!”

After looking through several collections of publications, John Pogonoski, of CSIRO’s Australian National Fish Collection, found something similar. As it turns out, the fish had been described before, in the 80s: a cusk eel, with a name to match: Typhlonus nasus. In Greek, typhlos (= blind) and onos (= hake) — so a blind hake! Cusk eels, as it turns out, are not even eel. So it was not a new species, though a pretty rare one to find. 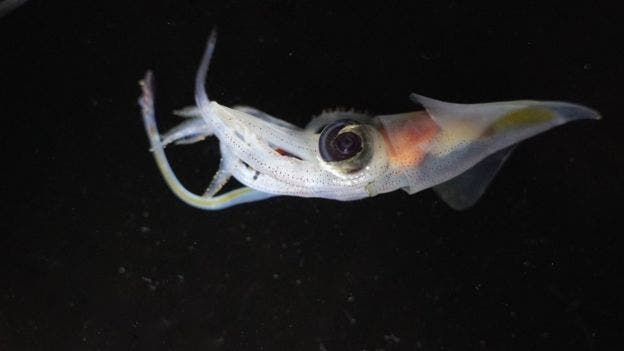 Although rare, the fish is spread across a wide geographical range, known to be from the Arabian Sea, Indonesia, Papua New Guinea, Japan, and Hawaii. Interestingly, the first time this fish was discovered was in 1874, when the Voyage of HMS Challenger(link is external), the world’s first round the world oceanographic expedition, recovered one from a depth of 2440 fathoms nearby Australia. In case you’re wondering, a fatho is a unit of length equal to six feet (1.8 metres). I know, the Imperial System confuses me too.

An illustration of one of the syntypes (similar type specimens upon which the description and name of a new species is based) of Typhlonus nasus. Image: Günther (1887) Rept Sci. Res. HMS Challenger 22(57): Pl. 25. License: Public Domain.

Also, despite its appearance, the fish does have a face; it even has eyes! It’s just hidden.

“Although very little is known about this strange fish without a face, it does have eyes – which are apparently visible well beneath the skin in smaller specimens. I doubt they’d be of much use though, so we’ve decided to call it the Faceless Cusk,” Bray added.

This isn’t the only bizarre species they found. The team also recovered several species of sea spiders, or pycnogonids — alien-looking living fossils, brilliantly adapted to the cold, dark environment of the deep seas.

The team still has a few more weeks of survey so if you want to follow the team’s adventure, you can do so on their blog here.