The deep ocean are a cold and unforgiving environment — the stuff of nightmares, some would say. Its inhabitants have developed remarkable adaptations to survive, from decoy lights to large, detached mouths capable of swallowing big prey; one creature, the dragonfish, has a more inconspicuous, but just as deadly adaptation: transparent teeth.

With its dark body and transparent teeth, the deep-sea dragonfish (Aristostomias scintillans) is essentially invisible in the low-light deepths. Having white teeth would harm its ability to sneak by unsuspecting prey, but the dragonfish has translucent teeth that don’t reflect light — and how it evolved this way remains a mystery.

“It’s an adaptation that, to our knowledge, has not yet been explored in detail,” said Audrey Velasco-Hogan, a materials science Ph.D. student at the UC San Diego Jacobs School of Engineering and first author of the study. “By studying why these teeth are transparent, we can better understand deep-sea organisms like the dragonfish and the adaptations they evolved to live in their environments.” 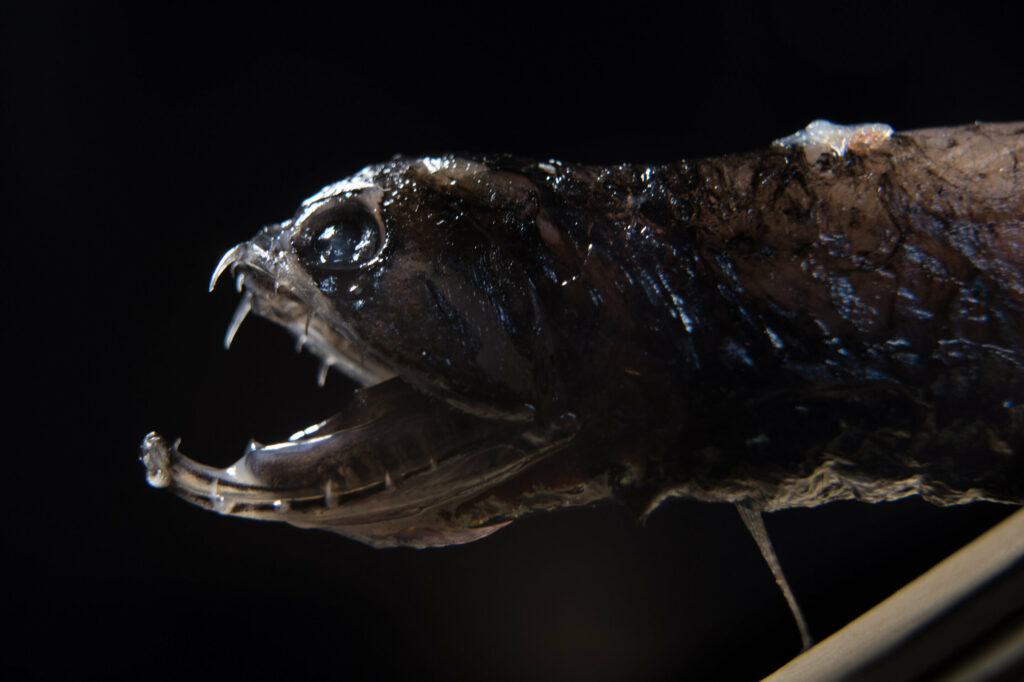 They’re unusual predators by any standards. Relatively small, at about 15 cm (6 in), they’re also pretty slow. Instead, they’re ambush predators, spending most of their time wandering about with their mouth wide open, hoping for some unfortunate prey to swim right in (or sufficiently closeby). Since their teeth are almost always exposed, having them camouflaged is important — and surprisingly enough, its teeth really are perfectly camouflaged. You wouldn’t think the dragonfish has too much success with this simple approach, but it’s close to the top of the food chain, despite its shortcomings.

Researchers were interested in the structure of the teeth, to see what makes them transparent and well-suited for this type of predatory behavior. In order to uncover its secrets, they imaged and analyzed the nanostructure of the teeth using a combination of electron microscopy, focused ion beam and nanoindentation tests. They discovered a series of unique characterstics both in the outer enamel layer and in the inner dentin layer.

For starters, the enamel (or rather, the enamel-like structure) of the teeth seems to consist of hydroxyapatite nanocrystals. Apatite is a fairly common phosphate mineral, and hydroxyapatite is merely its hydrated form. It’s not the minerals themselves that were surprising to researchers, but rather their distribution.

“Typically, teeth are not nanostructured. And they tend to have microscale features such as dentin tubules. From a materials perspective, it’s really interesting to see that dragonfish teeth have architectures that we do not see in others,” Velasco-Hogan said.

“I also find it fascinating how there are fundamental similarities between materials in the lab and in nature,” she added. “Experimentally, we know that the way to make a material transparent is by reducing its grain size to make it nanostructured. So to see that is also how nature is accomplishing transparency is an interesting parallel.” 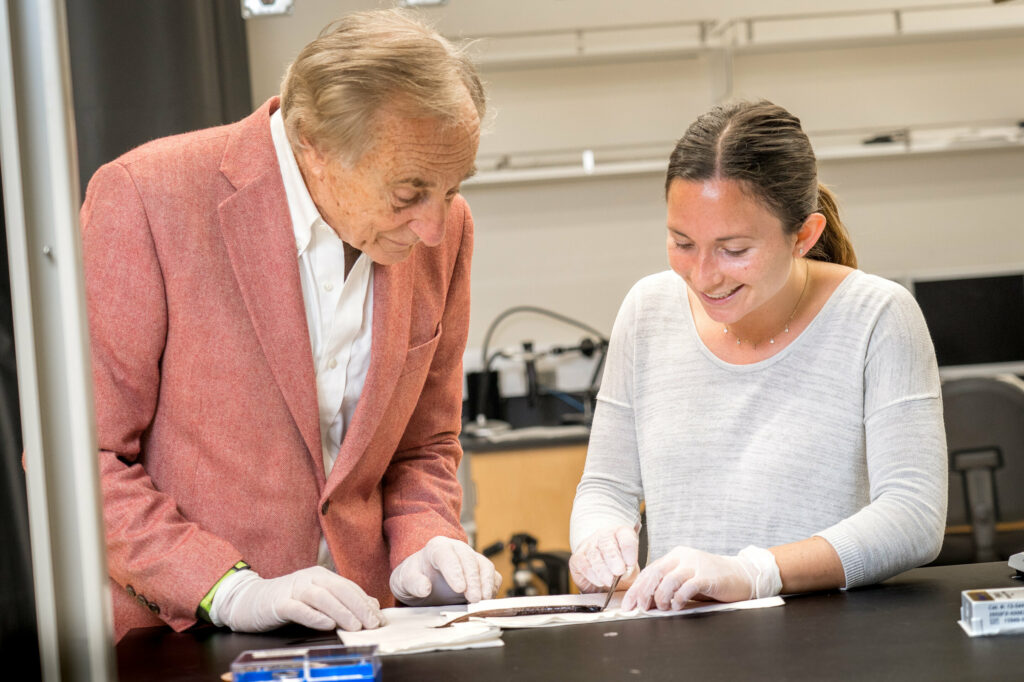 When the team carried out optical spectroscopy on the enamel structure, they found that these nanocrystals sharply reduce the scattering of light, essentially making them less reflecting and camouflaging them in the dark waters. The teeth aren’t just transparent, they’re also very strong — stronger than that of piranha.

The team that worked on the project was an interdisciplinary one. The study was carried out on a biological structure, but the research group was actually looking for interesting materials that can be applied in human society.

“My group is always looking for new materials in nature to study,” said Marc Meyers who supervised the research and whose work focuses on biomimicry. “And interdisciplinary collaborations are a key part of our work. When we bring scientists from different backgrounds together, we can advance the knowledge in our fields in ways that a single lab could not do alone.”

The team also worked with a few other labs, including Dimitri Deheyn, a marine biologist at the Scripps Institution of Oceanography at UC San Diego who researches bioluminescence and biomimicry. By gathering researchers from multiple areas, the team was able to put together such an intriguing find about the materials inside a deep-sea creature, and pave the way for novel technologies based on this.

“Taking advantage of the ultimate adaptation organisms show to specific environments has always been a driver for technological innovation, and the dragonfish is no exception to this,” said Deheyn. “There is clearly still broad inspiration to gather from the dragonfish and nature in general, and this intercept between biology and engineering through biomimicry is clearly a lucrative path for sustainable innovations.”