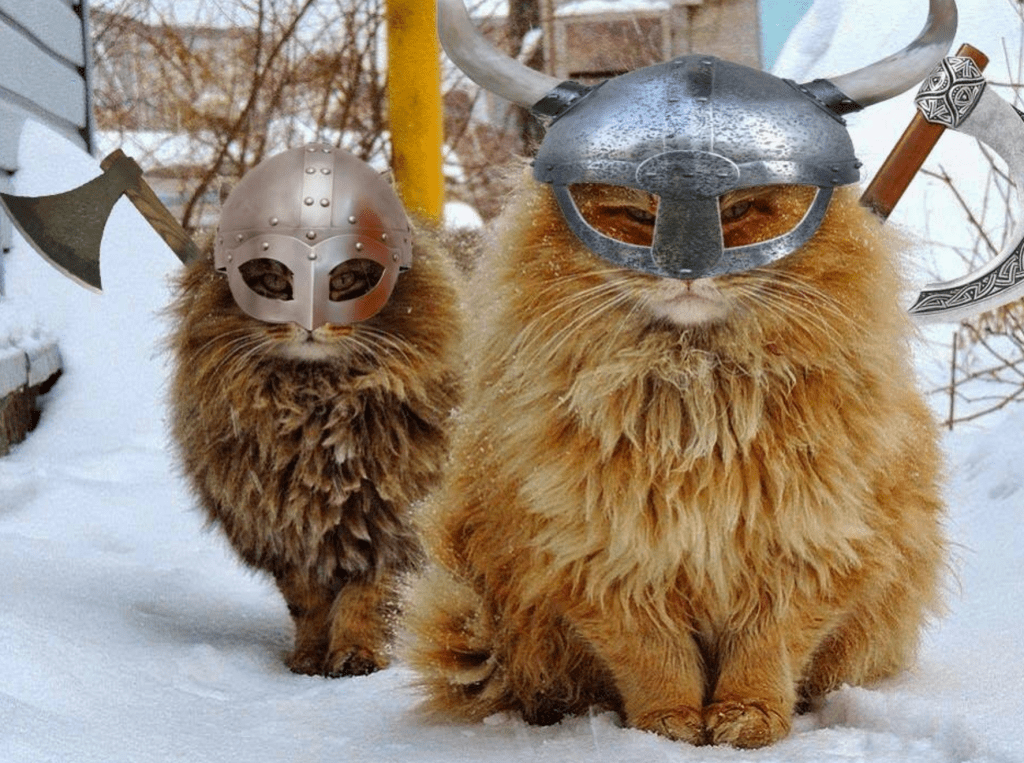 Domesticated animals are usually smaller in size, have fewer teeth, and fewer or less pronounced defense adaptations, such as horns. Dogs, for instance, are about 25% smaller than gray wolves, while other domesticated animals, such as chicken or sheep, are so dependent on people they could barely survive without us. But cats seem to be an exception — in terms of size at least.

Researchers at the University of Copenhagen studied hundreds of feline bones from the time of the Iron Age, Vikings, and Middle Age, and then compared them to modern house cats. The results suggest that cats grew by about 16% between the Viking Age and today. The study also has a darker side to it. According to the findings, some cats were clearly skinned by Vikings, who likely used the pelts to fashion clothing and traded them for other commodities.

Cats’ long journey to today’s internet adoration started some 9,000 years ago, according to a 2017 genome-wide analysis. Cat populations seem to have grown in two distinct waves. First, Middle Eastern wildcats expanded with early farming communities to the eastern Mediterranean some 9,000 years ago. Presumably, newly founded grain stockpiles became infested with rodents and cats helped purge the pests earning their keep alongside humans.

It’s not clear when cats became domesticated but the Egyptians might have had the first some 6,000 years ago. From Egypt, the felines rapidly expanded across the rest of Africa and Eurasia. Cats spread to Europe as early as 4,400 B.C, but it wasn’t until much later that the felines arrived in Scandinavian countries, brought by seafaring people. 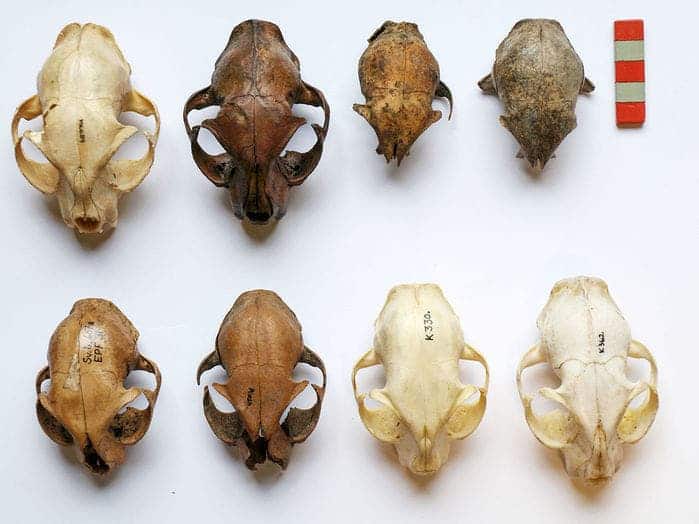 The researchers at the University of Copenhagen analyzed countless bones collected from various archaeological sites across Denmark. The remains cover almost 2,000 years of feline history, from the late Bronze Age and ending in the 1600s. Many of these bones were sourced from pits where Vikings disposed of the dead cats… after they had removed their fur, judging from clear cut marks on the bones.

By comparing the remains to modern Danish cats dating from the 19th century to the present day, the researchers concluded that domesticated cats grew by about 16% since the Viking age. Since only remains from sites in Denmark were included in the study, it may be too early to draw generalized conclusions.

Cats may have grown bigger due to more access to food, particularly rodents who were attracted by mounting waste and food supplies in expanding settlements. Broiler chickens, for instance, are two times bigger than they were in medieval times. In time, cats became well fed because humans started cherishing them, feeding them some of their own food. It’s not clear, however, whether cats are bigger today because they eat more or due to some genes that make them plumper. This is something that a new study in the future might answer.

The findings were reported in the Danish Journal of Archaeology.