The Trump administration has effectively banned scientists from the Environmental Protection Agency (EPA) from talking to the media. 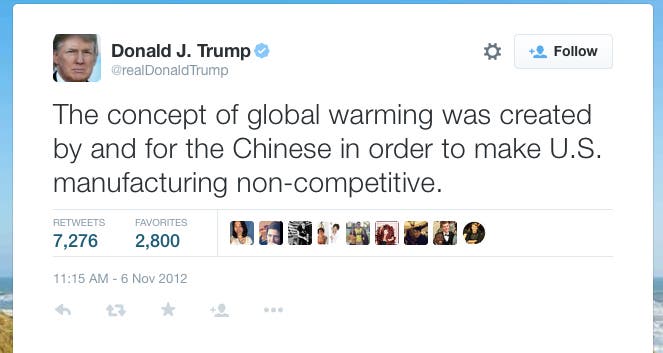 Trump’s views on climate change should be a secret to no one by now.

In a deeply concerning move, Trump has banned the Environmental Protection Agency (EPA) from talking to reporters or even posting social media updates. Emails sent to EPA staff since President Trump’s inauguration on Friday and reviewed by the Associated Press detail the exact prohibitions.

“Incoming media requests will be carefully screened,” one directive said. “Only send out critical messages, as messages can be shared broadly and end up in the press.”

As a result, the EPA websites and social media accounts, which typically post several updates every day, have remained silent in the past few days.

The Trump administration has also ordered a “temporary suspension” of all new business activities at the department, effective immediately and with a nationwide impact.

Censoring such an important agency is not something to be taken lightly, and needless to say, scientists are not thrilled by this move.

“Any effort to stop a scientific agency from responding to congressional, federal, state and local inquiries has a chilling effect,” Bob Cord, director of public affairs at the American Society for Biochemistry and Molecular Biology, told the Huffington Post.

Then, as Reuters reports, the administration asked the Environmental Protection Agency to remove the climate change page from its website. This is not an isolated move, and it is not a coincidence — it’s part of a larger move to limit the flow of information from US agencies to the public. Valerie Volcovici at Reuters writes:

“The moves have reinforced concerns that Trump, a climate change doubter, could seek to sideline scientific research showing that carbon dioxide emissions from burning fossil fuels contributes to global warming, as well as the career staffers at the agencies that conduct much of this research.”

Trump: environmentalism is “out of control”

At a meeting, President Trump told the CEOs of Ford, General Motors, and Fiat Chrysler that “Environmentalism is out of control”. Although details are scarce, Trump seems hellbent on cutting down pollution laws and boosting the fossil fuel industry.

“We want regulations but we want real regulations that mean something,” he said. “We’re going to make the process much more simple for the auto companies and everybody else who wants to do business in the United States.”

According to Climate Change News, last week, Trump’s pick for environment chief Scott Pruitt said he will not maintain California’s decades-long ability to enforce its own vehicle emission standards, which are tougher than those at the federal level. 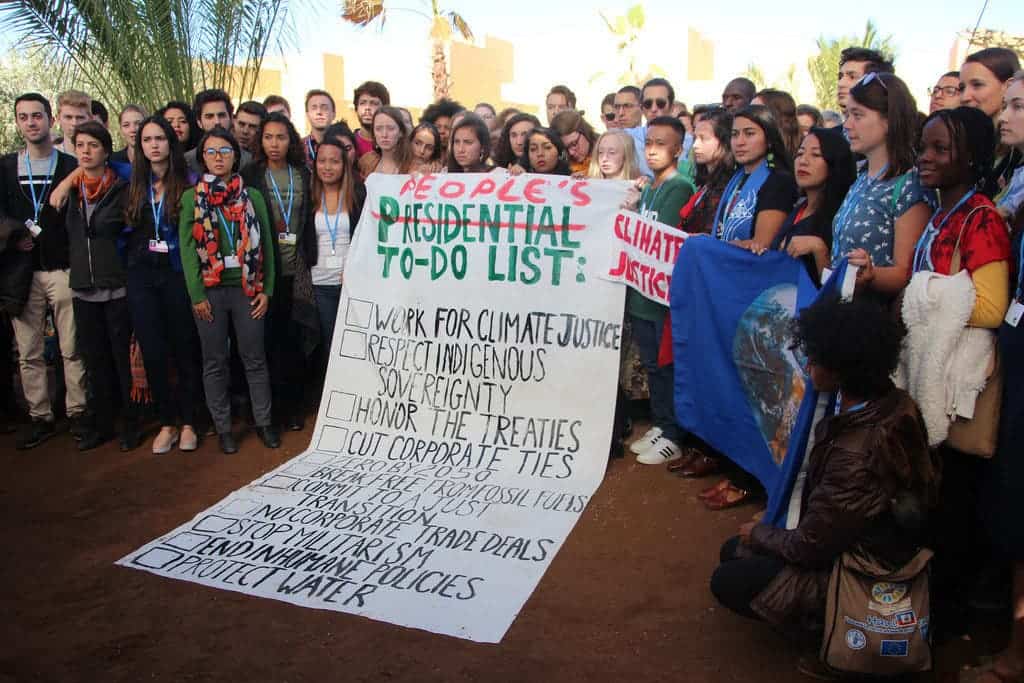 Sadly, the president seems committed to do the opposite of this list. Image credits: John Englart / COP22

With Trump’s war on the environment, it seems like good times are coming for car makers and people in the fossil fuel industry. As for climate and science … well, who cares, really?