“I want great climate. We’re going to have that and we’re going to have forests that are very safe,” said you-probably-know-who. Under the current administration, the US is advocating using coal at the biggest climate change summit. 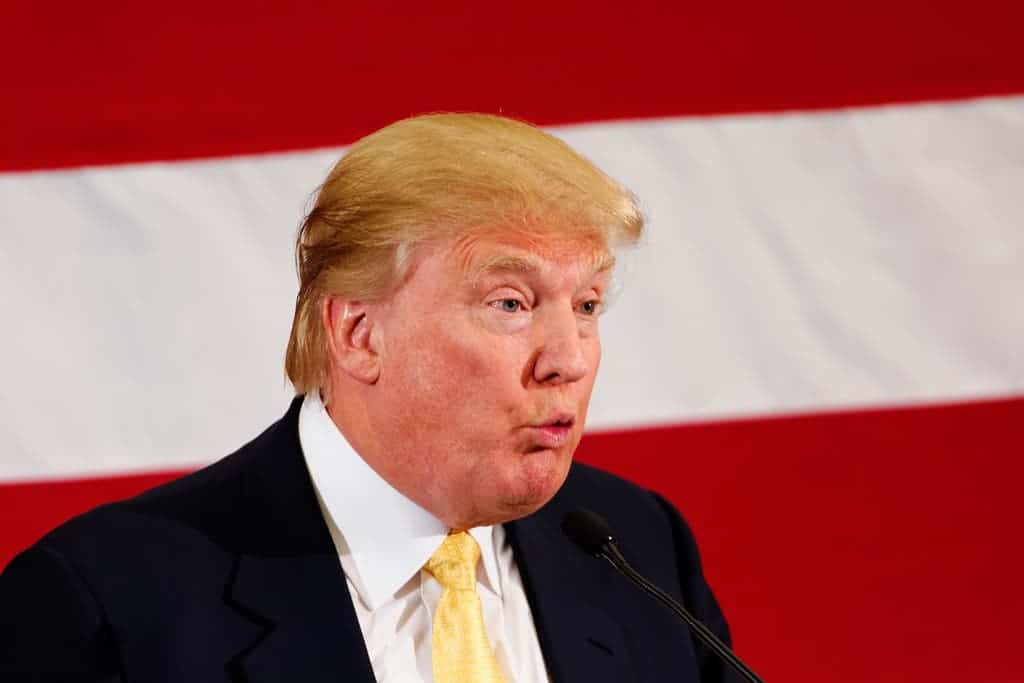 World leaders are meeting in Katowice, Poland, to discuss how to best implement sustainable changes against climate change. This happens every year, under the umbrella of the United Nations. It’s called COP — the Conference of Parties — and it’s reached its 24th edition. Three years ago, at COP21, the Paris Agreement was signed, where all the world’s nations agreed to take the necessary steps to limit global warming to 2 degrees Celsius (with the ambitious goal of sticking within 1.5 degrees). Ever since, the other COPs have been about implementing what was decided in Paris, and truth be told, the world isn’t on a great course.

But some want to make things even worse, it seems. US representatives hosted a side event, advocating the use of fossil fuels, and coal in particular — the “dirtiest” of them all.

This closely highlights the odds at which the Trump Administration is with the rest of the world.

“The U.S. government has one side event that just further erodes their credibility and they know it,” says Lou Leonard, SVP for climate change and energy at WWF.

This conflict has been further underlined by the attendance of this side event. Even Russia and Saudia Arabia, the two countries who along with the US have fought the hardest against climate change progress, have not attended it. The only members in attendance were from Australia — who reaffirmed its commitment to coal, despite remarkable progress in the renewable energy market.

“Australia is at the bottom of the class when it comes to climate policy performance,” said Richie Merzian, climate and energy program director at the Australia Institute. “After four years of rising emissions, and a relative absence of climate policy, it is no surprise.” 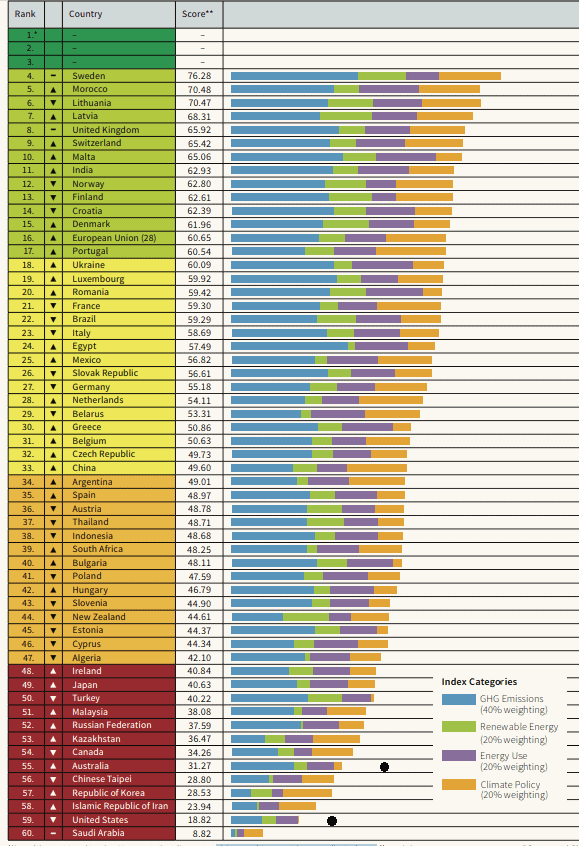 The Climate Change Performance Index (above), compiled by the Climate Action Network, ranked Australia 55 out of 60 countries, in terms of their progress to fight climate change. Meanwhile, the US is ranked 59 out of 60. Four out of the first 14 countries are European, with the only exceptions being Morocco (2nd) and India (8th). However, no country is doing enough to prevent dangerous climate change, the report reads.

The common theme of supporters of these policies, particularly from the US, Russia, and Saudi Arabia, is to first reject the science, cast as much doubt on it as possible, and then move on to implement policies that support coal and other fossil fuels, often times at the expense of renewable energy — often time, as politicians have vested interests supporting the fossil fuel industry.