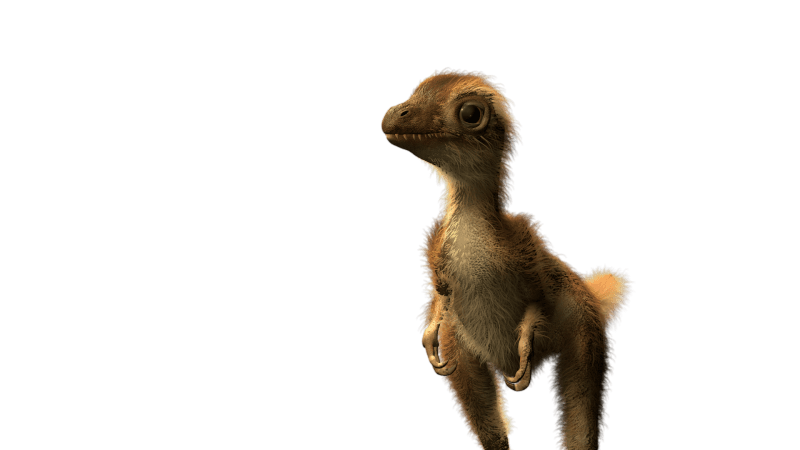 Tyrannosaurus Rex was the most well-equipped, specialized, and fearsome predator of its day. With its huge, menacing jaw and puny arms, T. rex is also one of the most recognizable dinosaurs in the world — but that doesn’t mean we know exactly what it looked or behaved like. Based on the latest fossil discoveries and research, paleontologists at NYC’s American Museum of Natural History (AMNH) have opened a new exhibit that showcases T. rex as you’ve never seen it before, in various life stages — including an adorable fully feathered baby model. Seriously, this is cute aggression material.

The exhibit, called “T. rex: The Ultimate Predator”, features reconstructed models of the apex predator as a hatchling, as a four-year-old, and as an adult. The most surprising exhibit is the hatchling model, which is fully adorned with feathers, looking cute as a button. The turkey-sized hatchling would have grown very fast, about 65 kg (140 pounds) per month, until it reached up to 6,800 kg (15,000 pounds) as a fully adult behemoth about 20 years later. The young predator likely snacked on insects and small vertebrates before it matured.

Speaking of which, the adult life stage is also equipped with a lot more feathers than previous interpretations. Tufts of feathers adorn the T. rex’s head and run down its spine, giving it more bird-like features. It’s skin is also more leathery, akin to that of the foot of a chicken or the leg of a turtle. 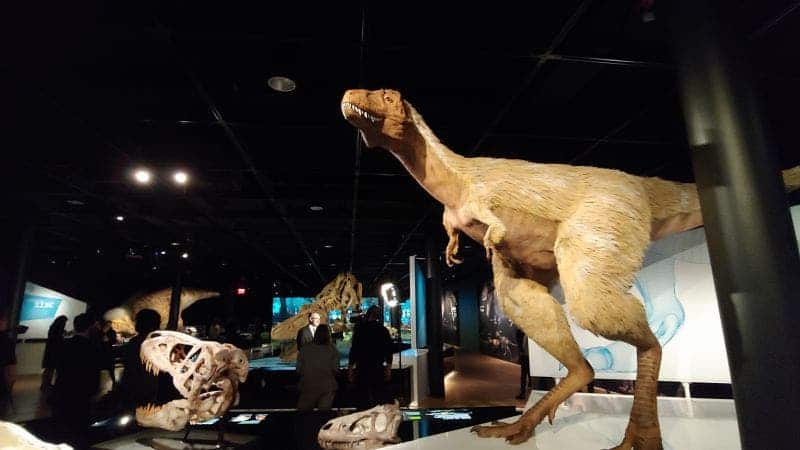 Four-year-old T. rex model on display at the “T. rex: The Ultimate Predator” exhibit at the ANMH. Credit; ANMH.

Although no one has ever found fossilized feathers in a T. rex skeleton, researchers have discovered many tyrannosaur relatives that fit this description, such as the famous Dilong paradoxus first unearthed in China in 2004. But, at the same time, this also means that the AMNH interpretation is speculative — at most, it’s an inferential leap. The dinosaur’s color is also debatable, although insights from new research are very exciting. By dissolving small pieces of T. rex bones, researchers have been able to isolate some soft tissue cells such as melanin and keratin. Keratin — the protein that skin, hair, and nails are made of — ranges in color from purple to orange to red. T. rex‘s scale-like skin could have been orange or brown, but we can’t tell for sure until researchers can find more evidence.

Judging from the predator’s cranial structure, we now know that T. rex didn’t really sound like a lion’s roar. Far from the Jurassic Park interpretation, researchers say that T. rex likely sounded like a crocodile’s bellow. 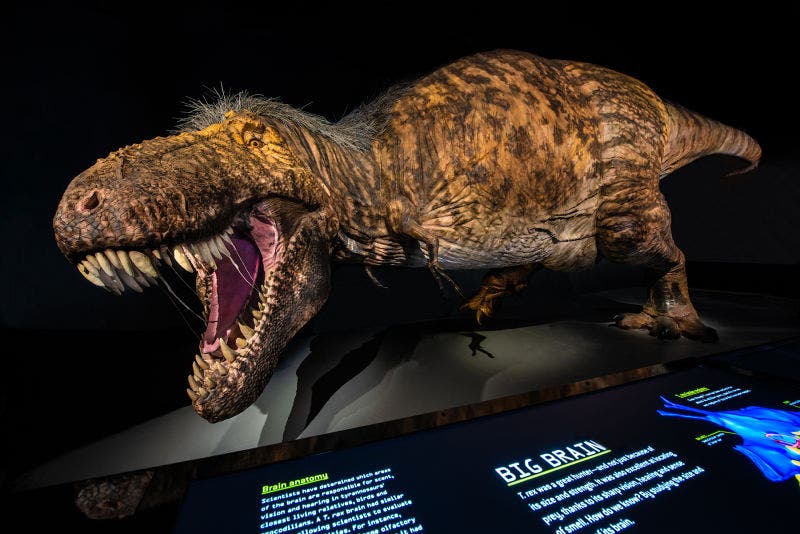 What is less open to interpretation is T. rex‘s strength and diet. Recent x-ray fluorescence and microscope analysis of coprolites (fossilized feces) show that they were made by up to 50% bone. This suggests that T. rex‘s mighty jaws, which could bite with 7,800 pounds of force, easily crushed the bones of its prey. As for the dinosaurs’ laughably disproportionate forearms, experts believe that T. rex didn’t use them much.

T. rex might also have been smarter than the average tyrannosaur, having a larger brain and more pronounced olfactory bulb that allowed it to smell and hear prey from a long distance. Brain casing analysis also shows that its eyes faced forward like a hawk, offering the dinosaur a great depth of vision.