Tyrannosaurus was one of the fiercest land predators ever, despite claims that the dinosaur was mostly a scavenger. While this is true to a degree, T-Rex was most definitely a hunter at heart even though the predator might have munched on a carcass or two from time to time. Apparently, the dinosaur even ate its own kind, a new study suggests. 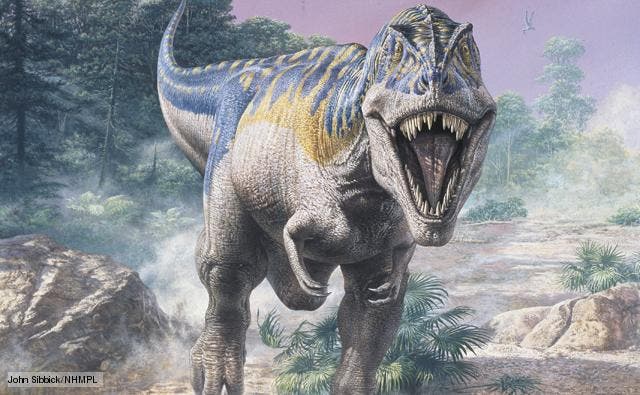 Loma Linda University paleontologist Matthew McLain and colleagues found bone fossils belonging to T-Rex which had clear cut marks on them which could have been made by no else but another T-Rex. These marks show the bone was gnawed, and this is possible only with serrated teeth. Now, most  theropod dinosaurs – a group of biped dinosaurs which includes T-Rex, but also Velociraptor, Spinosaurs and, uhm, birds – have serrated teeth. However, considering the length of the cut marks the suspect list was narrowed down to two dinosaurs: Tyrannosaurus rex and the Nanotyrannus lancensis. These are the only two theropods in the Lance Formation – a division of Late Cretaceous rocks in western US. Upon further investigation, the researchers posited that the cut marks could have only been made by a T-Rex, hence evidence of cannibalism.

“We’re sure it was feeding, these are feeding traces,” McLain said. “The marks were made either near death or after death, because there is no sign of healing on them. If the animal was bitten and survived then the spots would heal.”

In other words, the prey could have either been already dead when the other T-Rex took for free lunch (scavenging tricks again) , or was killed by the other theropod. 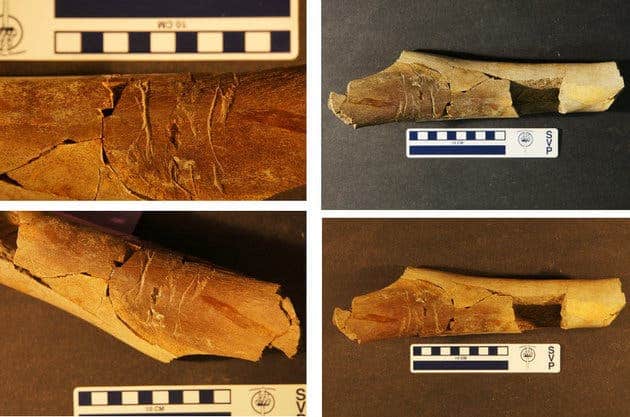 This is the third paper that suggests T-Rex sometimes may have engaged in cannibalistic practices. In 2010, paleontologist Nicholas Longrich found three foot bone fossils belong to T-Rex, including two toes, and one arm fossil all retained big tooth marks made by some other T-Rex. The cut marks were made by feeding. Then, earlier this year,  Dr David Hone from Queen Mary, University of London found a T-Rex skull littered with numerous injuries, many of which came from bites.  There is even a circular, tooth-shaped puncture hole in the back of the head from a particularly savage bite. The creature was bitten by other T-rex even after it was killed, as it was decaying.

It seems cannibalism was quite common among Tyrannosauruses, which isn’t necessarily surprising. Male lions will sometimes kill and eat the cubs of their rivals, in order to establish dominance in the pack and ensure the survival of their own bloodline. Even before they’re born, sand tiger sharks will cannibalize each other in the mother’s womb, the biggest baby shark (with the biggest teeth) devouring its unfortunate siblings.