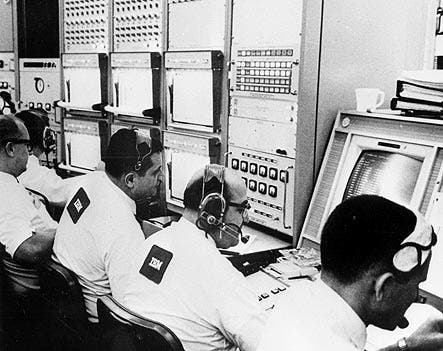 In 1969, humans set foot on the moon for the very first time. It’s really difficult to imagine the technical challenges of landing on the moon more than five decades ago if you’re not a rocket scientist, but what’s certain is that computers played a fundamental role – even back then.

Despite the fact that NASA computers were pitiful by today’s standards, they were fast enough to guide humans across 356,000 km of space from the Earth to the Moon and return them safely. In fact, during the first Apollo missions, critical safety and propulsion mechanisms in spacecraft were controlled by software for the first time. These developments formed the basis for modern computing. 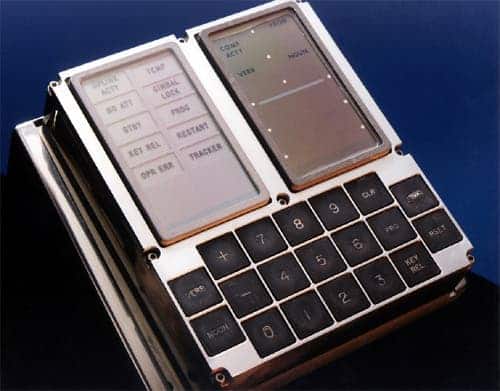 Essential to the lunar missions was a now ancient command module computer designed at MIT called the Apollo Guidance Computer (AGC). The computer used an operating system that allowed astronauts to type in nouns and verbs that were translated into instructions for their spaceship. To control the hardware, AGC had built-in machine code instructions using a compiler called  Luminary. Here’s how some of the code for the computer looked like when it was used for Apollo 13 and 14.

While it was handy, AGC wasn’t particularly powerful having 64Kbyte of memory and operating at 0.043MHz. In fact, it was less equipped than a modern toaster!

These computers cost $3.5 million a piece and were the size of a car. Each could perform several hundred thousand addition operations per second, and their total memory capacity was in the megabyte range. Programs were developed for the 75s that monitored the spacecraft’s environmental data and astronauts’ health, which were at the time the most complex software ever developed. 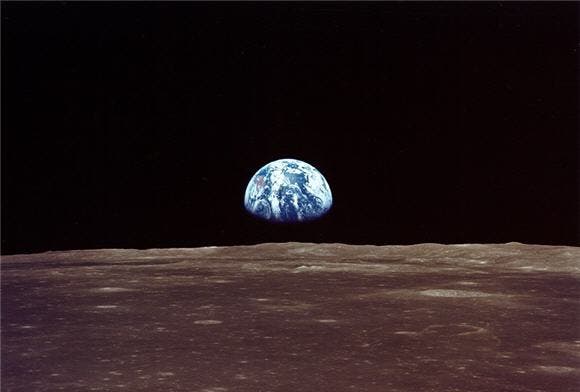 Not bad for a computer that could barely run Mario Bros. Image: NASA

Today, however, even a simple USB stick or WiFi router is more powerful than these mainframes, let alone an iPhone. The iPhone 6 uses an Apple-designed 64 bit Cortex A8 ARM architecture composed of approximately 1.6 billion transistors.  It operates at 1.4 GHZ and can process instructions at a rate of approximately 1.2 instructions every cycle in each of its 2 cores. That’s 3.36 billion instructions per second. Put simply, the iPhone 6’s clock is 32,600 times faster than the best Apollo era computers and could perform instructions 120,000,000 times faster. You wouldn’t be wrong in saying an iPhone could be used to guide 120,000,000 Apollo-era spacecraft to the moon, all at the same time.

Computers are so ubiquitous nowadays that even a pocket calculator has much more processing power, RAM, and memory than the state of the art in computing during the Apollo era. For instance, the TI-84 calculator developed by Texas Instruments in 2004 is 350 times faster than Apollo computers and had 32 times more RAM and 14,500 times more ROM.

Even USB-C chargers are faster than Apollo computers. The Anker PowerPort Atom PD 2 runs at ~48 times the clock speed of the Apollo 11 Guidance Computer with 1.8x the program space.

These sort of comparisons aren’t quite fair, though. It’s like making a side by side comparison between the first airplanes designed by the Wright Brothers and an F-18 fighter. Sure, both could fly but the two are, technologically speaking, worlds apart. After all, the iPhone clearly beats even one of the most famous — and a lot more recent — supercomputer that ever existed: IBM’s 1997 Deep Blue supercomputer which beat Garry Kasparov in a historic chess showdown.

With this in mind, one can only awe at the kind of computer power each of us holds at their finger tips. Nevermind we use them for frivolous matters. Imagine what you’ll be holding in your hand (or inside it) 20 years from now.