British scientists have fished out all sorts of plastic debris from waters surrounding the UK, then compared the type and number of polluting items to records from up to 25 years ago. The analysis found a decline in certain types of plastic pollution, suggesting that local measures like taxing supermarket carry bags are working. However, there is still much to go. 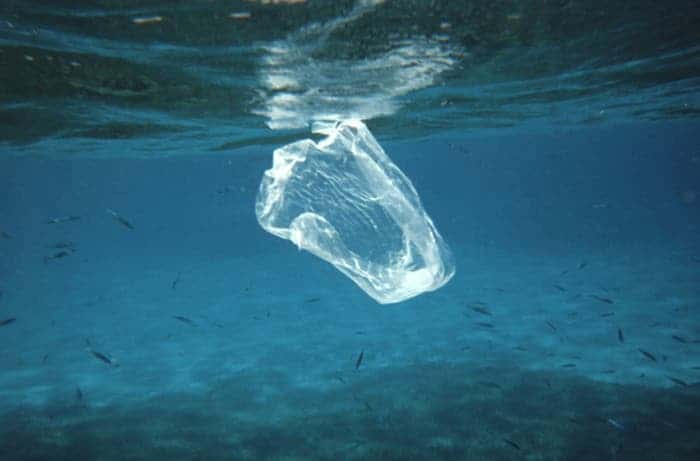 Plastic sandwich baggy floating in the water column. Fish that feed on various salps, jellyfish, etc. mistake such trash for food and can ingest this with fatal consequences. Credit: Ben Mierement, NOAA NOS.

Previously, the British government has implemented all sorts of measures aimed at curbing plastic waste, such as charging for plastic carrier bags or bottle deposit schemes — and these seem to work. One recent survey found that the supermarket carrier bag charge led to an 80% decrease in their use throughout England. Now, researchers at the Centre for Environment, Fisheries and Aquaculture Science (Cefas) have confirmed the trend — this time, on the seafloor around English waters.

“It is encouraging to see that efforts by all of society, whether the public, industry, NGOs or government to reduce plastic bags are having an effect,” said Dr. Thomas Maes, a marine litter scientist at Cefas and the report’s lead author.

“We observed sharp declines in the percentage of plastic bags as captured by fishing nets trawling the seafloor around the UK compared to 2010 and this research suggests that by working together we can reduce, reuse and recycle to tackle the marine litter problem.”

The researchers observed a 30% decline in carrier bags in the trawls since charges were introduced. However, the overall amount of deep-sea litter has remained roughly constant due to an increase in the number of other plastic items, including bottles and fishing debris. But, overall, the findings presented in the journal Science of the Total Environment represent some good news — finally!

The government is now considering implementing a charge on disposable coffee cups, as recommended by the Environmental Audit Committee. In fact, any kind of disposable plastic should be charged, by this reasoning — from straws to cutlery and wrapping.

Currently, carry bags are taxed with 5p (¢7) in the UK, which led to 9 million fewer plastic bags in circulation since the levy was introduced. Mary Creagh, who chairs the Environmental Audit Committee, recommends the government add a 25p (¢35) ‘latte levy’ to curb the ‘mountain of coffee cup waste.’

The rest of the world ought to follow this example too, if we’re to avoid turning the oceans into circulating litter bins. By one estimate, the amount of plastic trash in the ocean could triple within a decade if current trends continue unabated.  According to a 2014 study, there are at least 5.25 trillion pieces of trash which weigh an estimated 269,000 tonnes. The real number, however, might even be much larger than that.