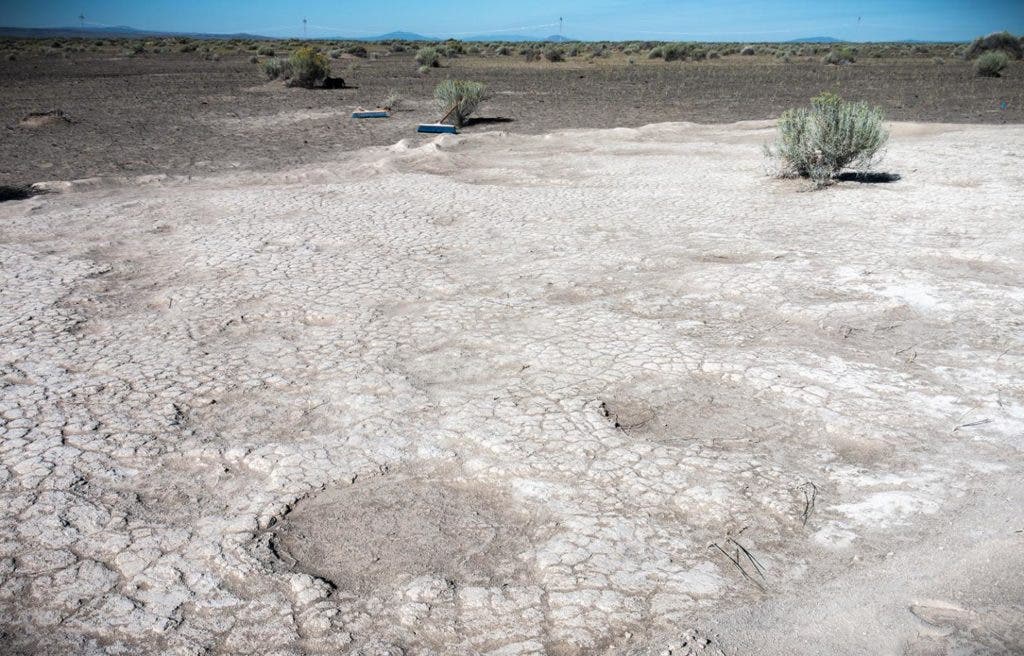 Mammoth footprints dated to 43,000 years ago, which were uncovered by researchers in 2017 in an ancient dry lake bed in Lake County, Oregon. Credit: Greg Shine/Bureau of Land Management.

Sometimes footprints can reveal a richer story about the ancient past than bones ever will. In an Ohio basin famous for its fossils, paleontologists have discovered 117 fossilized tracks belonging to Columbian mammoths, which have been dated as 43,000 years old.

Among the fossilized impressions found at Fossil Lake, Oregon, a 20-footprint track particularly stands out. Researchers led by Gregory Retallack, a professor at the University of Oregon, say that one set of prints suggest it was etched by a limping adult mammoth. The prints were closer together than expected, and those on the right were more deeply impressed than those on the left.

But that’s not all. Next to this set of tracks thought to belong to a wounded female mammoth were those of juveniles, which suggest the youngster mammoths interacted with the limping female, returning to her repeatedly, perhaps out of concern for her condition. Such a behavior has been previously documented in wounded adults belonging to African elephant matriarchal herds. Modern-day elephants share roughly 99.4 percent of their genes with wooly mammoths, so the researchers’ reconstruction seems plausible. 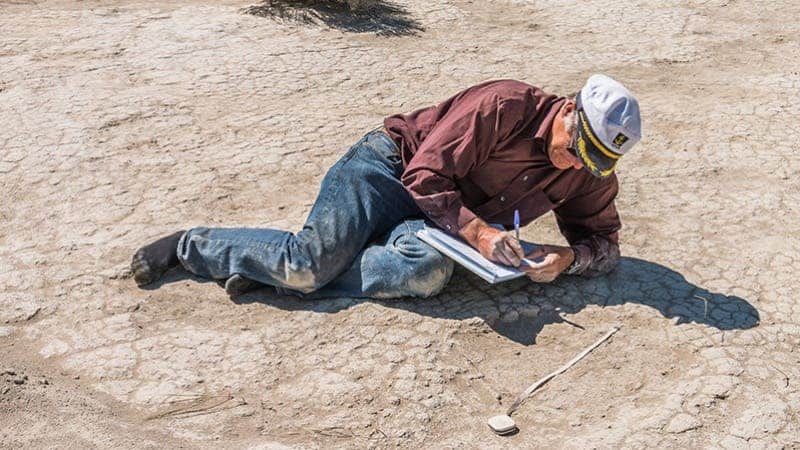 The Columbian mammoth used to inhabit North America, as far north as the northern United States and as far south as Costa Rica, during the Pleistocene epoch. Woolly mammoths, which were adapted for brutish cold climate, roamed across Alaska and Canada. Most mammoths went extinct about 11,500 years ago — the reasons why are not entirely clear, but human hunting and climate change seem to have worked in tandem to wipe the species out. However, some isolated populations of woolly mammoth persisted until 4,000 years ago.

What’s amazing about these footprints is that they reveal so much about the extinct giants’ hierarchy and social structure. They suggest that these highly intelligent creatures lived in matriarchal social groups, much like their modern-day descendants, as reported in the journal Palaeogeography, Palaeoclimatology, Palaeoecology.

“Tracks sometimes tell more about ancient creatures than their bones, particularly when it comes to their behavior,” Retallack said. “It’s amazing to see this kind of interaction preserved in the fossil record.”