Cancer is one of the most devastating diseases, but at least it’s individualized and caused by the genes we inherit or lifestyle choices, like smoking. Imagine what it would be like if cancer was contagious. It’s a scary thought, one that’s a reality for some species of shellfish, a new study found. 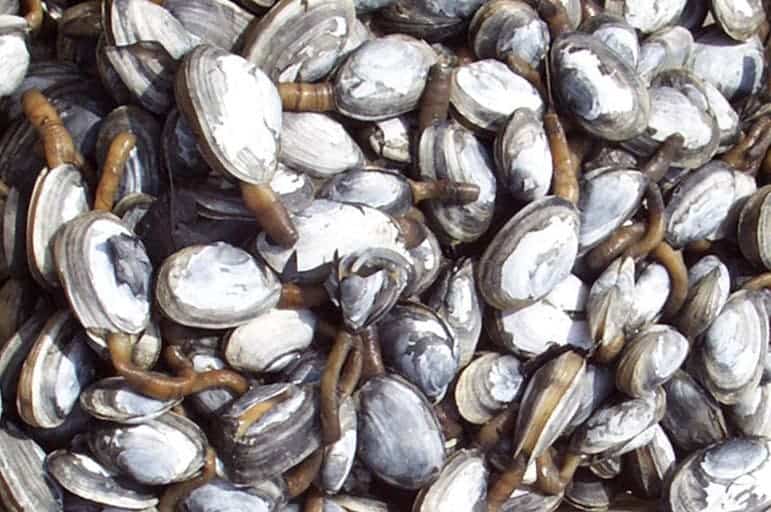 In 2015, a team at Columbia University’s Medical Center found cancer could be transmitted directly between individuals of the softshell clam (Mya arenaria). Previously, direct cancer transmission was witnessed in just two other species of mammals.

Now, the same team led by Professor Stephen Goff found that in several species of bivalves, including mussels, cockles, and clams, cancer can be transmitted directly through the sea water. The results followed  from careful examination of DNA from cancer and healthy tissue belonging to these mollusks which revealed the cancers were caused by independent clones of cancer cells that were genetically distinct from their hosts.

The cancer in question is called disseminated neoplasia — a leukemia-like illness that affects bivalves in many parts of the planet.

Strikingly, in one species, the carpet shell clam, the infectious cancer cells came from a related, but distinct species. This isn’t the first evidence of interspecies cancer transmission. Oddly enough, last year, doctors from Columbia found a man’s lung tumor wasn’t actually caused by human cancer cells, but those from a parasite. Apparently, due to the patient’s weakened immune system, cells from the parasite leached into the rest of the body and eventually developed into cancer.

“Now that we have observed the spread of cancer among several marine species, our future research will investigate the mutations that are responsible for these cancer cell transmissions,” said Dr. Goff.