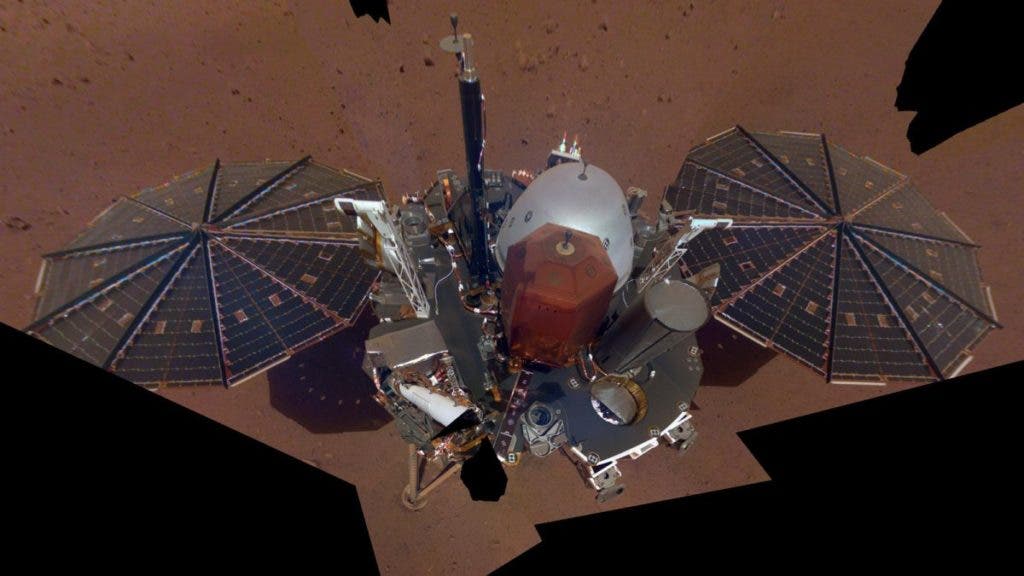 NASA’s rovers are pretty vain. For instance, Curiosity has taken so many selfies it could make an Instagram influencer blush. Why would InSight — which made the most recent landing on Mars — be any different?

The image that InSight recently beamed back together shows InSight in all its splendor, with its solar panels extended and deck fully loaded by scientific instruments. The view is actually a composite image that stitched together several different snapshots — 11 snapshots for the lander itself and 52 for the area in front of the lander. But if this is really a selfie, where’s the arm? In fact, since the mosaic was formed with pictures taken from different angles, the robotic arm that did all the shooting isn’t visible.

InSight wasn’t just vain, though. Having an overview of InSight’s landing site is important for the mission’s engineers. And if InSight’s surroundings look boring, that’s actually perfect, according to NASA.

“The near-absence of rocks, hills and holes means it will be extremely safe for our instruments,” Bruce Banerdt, InSight’s principal investigator, said in a press release.

“This might seem like a pretty plain piece of ground if it weren’t on Mars, but we’re glad to see that.”

InSight isn’t a rover. Instead, it will stay put for the duration of its two-year mission, which is why having a plain location is so important. Over the following weeks, the probe’s robotic arm will gently deploy the mission’s two most important instruments on the Martian surface: a seismometer and a heat probe.

The seismometer will ‘listen’ for marsquakes. By studying these slight seismic waves, scientists want to determine what makes up the planet’s mantle and core. Basically, InSight will study seismic waves as they pass through the Red Planet, using that information as a sort of ultrasound to find out what is lurking underneath the crust. The heat probe will drill down to 16 feet (4.8 meters) to measure temperature, which will be useful in geological studies of Mars.