The World Health Organization has published two reports in PLOS Medicine, warning us of the massive threat posed by gonorrhea. Basically, the bacteria has adapted to become immune to pretty much everything we can throw at it. It might become incurable at some point, and that point might not be very far off.

Gonorrhea vs the world 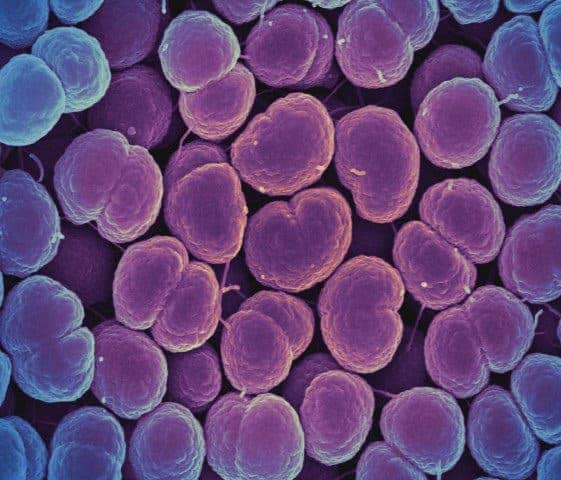 When you think about the worst diseases in the world, gonorrhea doesn’t really make the list. It’s a nasty infection that’s for sure, but we don’t usually give it much credit. In a sense, gonorrhea has flown largely under our radar — most people would just consider it as one of those sexually transmitted infections some people get and then get rid of it. But what if we can’t get rid of it anymore?

Each year, an estimated 78 million people are infected with gonorrhea, with the bacteria infecting their genitals, rectum, or throat. Symptoms vary greatly in intensity, with most people exhibiting no symptoms at all — making it even more likely to spread the disease. As a sexually transmitted infection (STI) gonorrhea can be easily transmitted through all forms of sex: regular, anal, even oral. In fact, oral sex (which is almost exclusively carried out without a condom) may be an important reason of why the disease has spread so much. But all forms of unsafe sex contribute, and the very nature of modern society seems to favor gonorrhea. Decreasing condom use, increased urbanization and travel, poor infection detection rates, and inadequate or failed treatment all contribute to this increase, according to the WHO.

Smarter than we thought 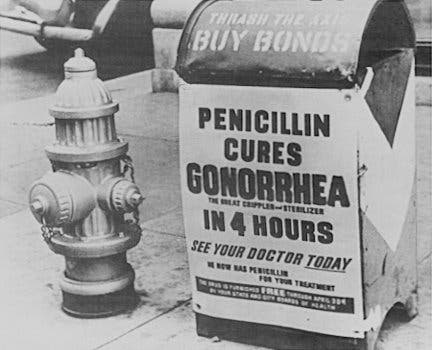 Well… so much for that.

The problem is that we’re running out of ways to treat it. Penicillin entered mass production in 1944 and revolutionized the treatment of several venereal diseases, including gonorrhea. Some thought this would bring an end to many such diseases, and for a while, it really seemed that way. Antibiotics cured STIs with remarkable ease, but we kind of screwed up.

While some people took their treatments religiously, others cared less. People started ignoring the full course of antibiotics, or didn’t follow the course for long enough. Slowly but surely, this “trained” new generation of drug-resistant viruses and bacteria. Basically, by taking only a partial treatment, you kill most of the bacteria, but there’s a good chance that you leave some up — the most resistant ones. They will live on and pass their resistant genes to their offspring, breeding stronger generations. Repeat this year after year, decade after decade, you will end up with some superbugs. This is exactly what we’re seeing nowadays with gonorrhea.

“The bacteria that cause gonorrhoea are particularly smart. Every time we use a new class of antibiotics to treat the infection, the bacteria evolve to resist them,” said Dr Teodora Wi, Medical Officer, Human Reproduction, at WHO.

Already, older treatments such as penicillin are unsuccessful. In developed countries, some cases have reported that no available treatment options are effective. This might happen because they’ve been using more treatments for a longer time, but more likely, similar things are happening everywhere in the world, we just don’t have the surveillance to see it.

“These cases may just be the tip of the iceberg, since systems to diagnose and report untreatable infections are lacking in lower-income countries where gonorrhoea is actually more common,” adds Dr Wi.

This is where things can get extra spooky. When people get these incurable infections, there’s really not much preventing them from passing it on. Doctors recall one case when such a patient simply left, without ever reporting to doctors again.

“After one of those cases, (the patient) just disappeared,” added Teodora Wi. “They don’t come back for follow-up. You can infect others by having this untreatable infection. It can be transmitted.”

In terms of new drugs, things also aren’t looking so good. The R&D pipeline for gonorrhea is relatively empty, as the WHO puts it. There are only three drugs in various stages of trials, but it’s not clear if these will turn out effective for humans, and even if they do, we’re still a few years away from them hitting the shelves. The development of new antibiotics isn’t particularly popular for big pharma companies. It takes a lot of money and effort, the financial payback just isn’t that high. You take an antibiotic treatment for a few days, and then you’re gone. Compare that to treatments for chronic diseases for instance, which people take for years and years. A vaccine may be the only reliable solution, but that’s also a ways away.

Prevention is better than treatment

The data WHO presented spans 77 countries and shows worrying trends. There are some things we can do to help combat this problem. The first thing is to have responsible sexual behaviors. There’s a reason why “wear a condom” gets thrown around so much — because it works. Condoms are more than just birth control, they help prevent the transmission of diseases, and they’re one of our best defense mechanisms. In this sense, sexual education can also make a big difference, greatly reducing the spread of the disease. The necessity for a full treatment course is also vital. If you’re unfortunate (or careless) enough to become infected, it’s extremely important to take every single antibiotic dose. Even if you feel fine, even if all the symptoms are gone, take it all. You wouldn’t want your body to become a training ground for superbugs, would you?

4 thoughts on “We’re losing the battle with gonorrhea. No clear treatment in sight, and things might get even worse”