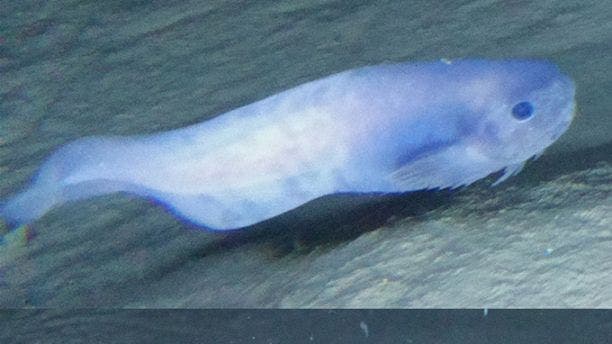 Thousands of meters below the ocean’s surface in the deep trenches, everything is in pitch black and the pressure can be up to a thousand times greater than at the sea level. This unexplored environment looks and feels like it’s from an alien planet — and the creatures that inhabit it are no different. Three new such species — translucent, scaleless, ghost-like creatures — were recently fished out of the bottoms of the ocean, off the coasts of Peru and Chile.

The animals were recovered from the Atacama Trench bottoms from a depth of 26,460 feet (8,065 meters). The investigation involved 40 scientists from 17 different nations who searched the freezing waters using cameras and other equipment.

Video footage revealed a surprisingly vibrant ecosystem involving shrimp-like amphipods and long-legged isopods. But the highlight of this expedition was the discovery of three new types of snailfish, which, for now, have been called the pink, blue and purple Atacama snailfish.

These fish belong to the Liparidae family — however, they do not conform to the stereotypical image of the typical deep-sea fish. For instance, instead of giant teeth and a menacing frame, these snailfish are small, translucent, bereft of scales. 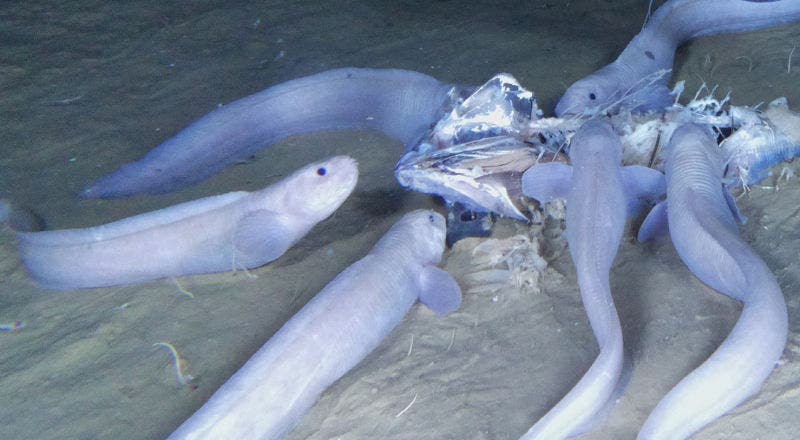 “There is something about the snailfish (fish of the family Liparidae) that allows them to adapt to living very deep. Beyond the reach of other fish they are free of competitors and predators,” said Dr. Thomas Linley, from Newcastle University and lead author of the new study.

“As the footage clearly shows, there are lots of invertebrate prey down there and the snailfish are the top predator, they seem to be quite active and look very well-fed. Their gelatinous structure means they are perfectly adapted to living at extreme pressure and in fact the hardest structures in their bodies are the bones in their inner ear which give them balance and their teeth. Without the extreme pressure and cold to support their bodies they are extremely fragile and melt rapidly when brought to the surface.”

Over 100 hours of video footage and 11,468 photographs were taken on the sea floor. The researchers also managed to capture one of the snailfish with a trap, which was then transported to the surface. Its remains are now being analyzed.