As a new investigation showed today, the scientists of the biggest oil company in the world, Exxon Mobil knew about climate change back in the 70s – but Exxon still helped block the Kyoto protocol in the 90s and invests massive amounts of money into denying climate change. Today, 9 out of 10 funded climate change deniers can be linked to Exxon, despite evidence that they are fully aware of global warming happening. 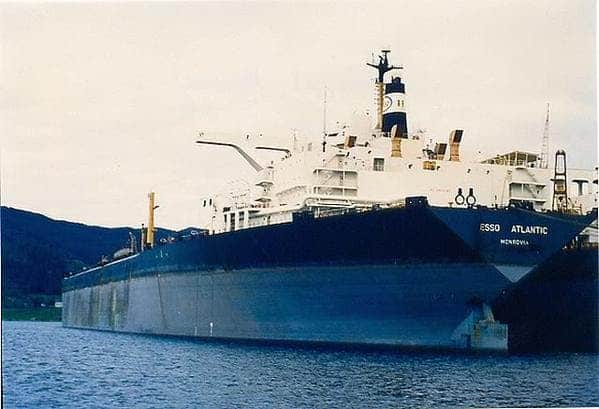 Recently, an email from inside the company revealed that Exxon had data pertaining to climate change as early as 1981 – seven years before it became public issue. They ultimately chose to fund people to simply deny the problem instead of coming out publicly, but the history of how they did so is intriguing.

In the email, Lenny Bernstein, a chemical engineer and climate expert who spent 30 years at Exxon and Mobil and was a lead author on two of the United Nations’ IPCC climate science reports, said scientists working with Exxon were completely aware of the connection between greenhouse gases and climate change.

“Exxon first got interested in climate change in 1981 because it was seeking to develop the Natuna gas field off Indonesia,” wrote Lenny Bernstein in the email. “This is an immense reserve of natural gas, but it is 70% CO2,” or carbon dioxide, the main driver of climate change.

But now, there is evidence that Exxon understood global warming even before that. Senior company scientist James Black told Exxon’s Management Committee in 1977:

“In the first place, there is general scientific agreement that the most likely manner in which mankind is influencing the global climate is through carbon dioxide release from the burning of fossil fuels.”

He said this in 1977! Exxon was so interested in the issue that they had a supertanker sailing through the Atlantic and taking carbon dioxide measurements to figure out how the oceans were absorbing CO2 and what the effects were. They even had scientists come up with climate models for the future, and the models all showed that we are causing a rising in global temperatures. 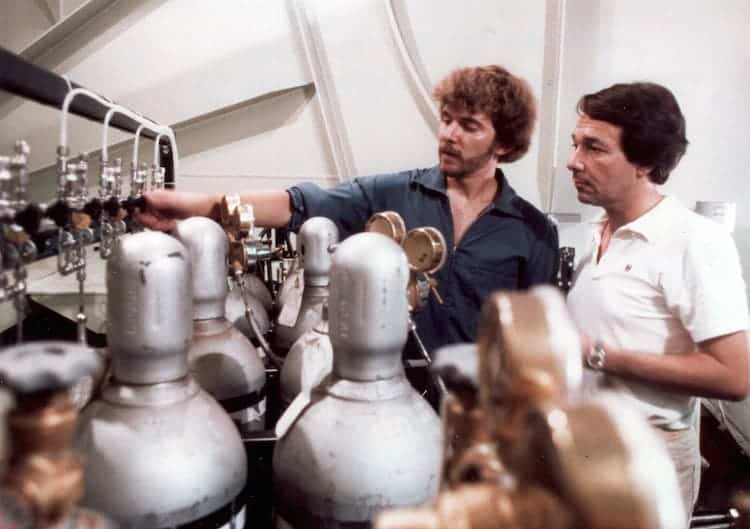 Exxon’s Richard Werthamer (right) and Edward Garvey (left) are aboard the company’s Esso Atlantic tanker working on a project to measure the carbon dioxide levels in the ocean and atmosphere. The project ran from 1979 to 1982. (Credit: Richard Werthamer, via Inside Climate News)

Working together with external researchers, they developed models which all led to a consensus: global warming was already starting to happen, we were causing it, and it was really bad. Even admitting the uncertainties in their own models, Exxon’s own scientists were never afraid to speak about both the changes that were taking place in the Earth’s climate, and their effects.

“There is unanimous agreement in the scientific community that a temperature increase of this magnitude would bring about significant changes in the earth’s climate,” Black wrote, “including rainfall distribution and alterations in the biosphere.”

Black also understood the interests of the company he was working for, and realized that the corporation would come under scrutiny. He warned that there is a “connection between Exxon’s major business and the role of fossil fuel combustion in contributing to the increase of atmospheric CO2.” Nevertheless, he demanded that the results be published… and they were!

It’s mind blowing to think about it today, but between 1983 and 1984, Exxon researchers published their results detailing how and why climate change was happening in least three peer-reviewed papers in Journal of the Atmospheric Sciences and an American Geophysical Union monograph. Roger Cohen, head of theoretical sciences at Exxon Corporate Research Laboratories, and his colleague, Richard Werthamer, senior technology advisor at Exxon Corporation were spearheading this research.

Our “ethical responsibility is to permit the publication of our research in the scientific literature,” Cohen wrote. “Indeed, to do otherwise would be a breach of Exxon’s public position and ethical credo on honesty and integrity.”

What a remarkable statement!

It seemed like the pieces were starting to fit; an oil company investigating climate change, documenting the effects of their work for the sake of humanity. They assembled a brain trust that at the time likely understood man-made climate change better than anyone else. In 1979, one of Exxon’s managers, Harold N. Weinberg, shared his “grandiose thoughts” about Exxon’s potential role in climate research in a March 1978 internal company memorandum that read:

“This may be the kind of opportunity that we are looking for to have Exxon technology, management and leadership resources put into the context of a project aimed at benefitting mankind.”

“Exxon must develop a credible scientific team that can critically evaluate the information generated on the subject and be able to carry bad news, if any, to the corporation,” Shaw wrote to his boss Edward E. David, the president of Exxon Research and Engineering in 1978. “This team must be recognized for its excellence in the scientific community, the government, and internally by Exxon management.”

The company prided themselves in doing research that no other company was doing at the time, and their feelings were echoed by many others.

“We are very pleased with Exxon’s research intentions related to the CO2 question. This represents very responsible action, which we hope will serve as a model for research contributions from the corporate sector,” said David Slade, manager of the federal government’s carbon dioxide research program at the Energy Department, in a May 1979 letter to Shaw. “This is truly a national and international service.”

Exxon seemed determined to use their enormous resources to lead mankind into a more responsible future. But then, something changed.

Sometime in the 80s, despite being fully aware of what they were doing by that point, they decided that money is money – and becoming a responsible company simply wasn’t profitable enough. Instead of walking at the forefront of science, they chose to invest massively into climate change denial. They lobbied to block any attempt at limiting emissions. They pay to eliminate environmental laws. They financed superficial, and sometimes even pseudo-science. They created a veil of misinformation that lasts to this day, and continue to be the main investor into climate change denial.

Exxon helped to found and lead the Global Climate Coalition, an organization with other major oil and industrial companies seeking to halt governmental efforts to curb greenhouse gas emissions. They allied themselves with the American Petroleum Institute, a right wing organization which represents about 400 oil corporations and invests massively into pro-oil advocacy. API spent more than $3 million annually each year during the period 2005 to 2009 on lobbying, mostly to fight climate change control legislation. They spread their wings and reached out as much as possible in an attempt to leverage their resources into making people believe global warming isn’t happening.

At the international discussions about enabling the Kyoto Protocol, Exxon had come full circle. They had come from being the forerunners in terms of understanding climate change, to its biggest deniers. Exxon’s chairman and CEO Lee Raymond said:

“Let’s agree there’s a lot we really don’t know about how climate will change in the 21st century and beyond,” Raymond said in his speech before the World Petroleum Congress in Beijing in October 1997. “We need to understand the issue better, and fortunately, we have time,” he said. “It is highly unlikely that the temperature in the middle of the next century will be significantly affected whether policies are enacted now or 20 years from now.”

They knew what was happening; they had known for two decades already, and yet they chose not only to ignore it, but they chose to fight against the truth – for profits. The many millions of dollars they invested into lobbying and manipulating have long surpassed their investment in its climate vessel and models, and have likely paid off by now.

“They spent so much money and they were the only company that did this kind of research as far as I know,” Edward Garvey, who was a key researcher on Exxon’s oil tanker project, said in a recent interview with InsideClimate News and Frontline. “That was an opportunity not just to get a place at the table, but to lead, in many respects, some of the discussion. And the fact that they chose not to do that into the future is a sad point.” 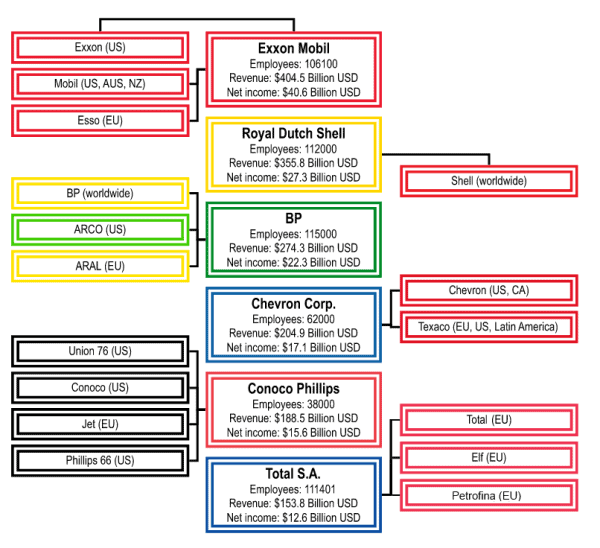 Naturally, they also went from being praised and appreciated by the scientific community to being despised. In 2006, the Royal Society, the United Kingdom’s science academy, sent an open and very harsh letter to Exxon, accusing it being “inaccurate and misleading” when it comes to climate change uncertainty. In 2008, the company made a small concession, stopping support for some of their advocacy groups and pledging to never support climate change denial.

In 2015, Exxon gave over $2.3 million to members of the US Congress to deny climate change and block efforts to fight it. According to a tally kept by Greenpeace, they’ve invested over $30 million in publicizing this denial, but the real sum is likely much larger than that.

Today, we pay the price – everyone on this planet pays the price – for spewing out so many greenhouse gases, and the company that should have been on the forefront of research is putting all their effort into making people think climate change isn’t happening. It’s a classic case of putting money before humanity’s interests. It’s a sad reality, and as Michael Mann, director of the Earth System Science Center at Pennsylvania State University, an uphill battle:

“All it would’ve taken is for one prominent fossil fuel CEO to know this was about more than just shareholder profits, and a question about our legacy,” he said. “But now because of the cost of inaction—what I call the ‘procrastination penalty’—we face a far more uphill battle.”

Inside Climate News published the first part of their investigation, and the second one will come out tomorrow. Be sure to check out their website for part two.

5 thoughts on “Exxon’s own scientists confirmed climate change – back in the 70s!”