SpaceX’s Falcon Heavy will soon become the most powerful U.S. rocket to be launched since the Saturn rockets were retired in 1972. Its maiden flight is scheduled for next month — a great way for SpaceX to start off the new year. In anticipation of an important milestone, the company’s CEO, Elon Musk, recently shared a few of photos of Falcon Heavy.

Falcon Heavy at the Cape pic.twitter.com/hizfDVsU7X

Engineers are currently making the finishing touches to the rocket at SpaceX’s hangar at Pad 39A of NASA’s Kennedy Space Center in Cape Canaveral, Florida. It’s where the three photos shared by Musk were taken.

The stunning views manage to capture the immensity and raw power of this rocket. 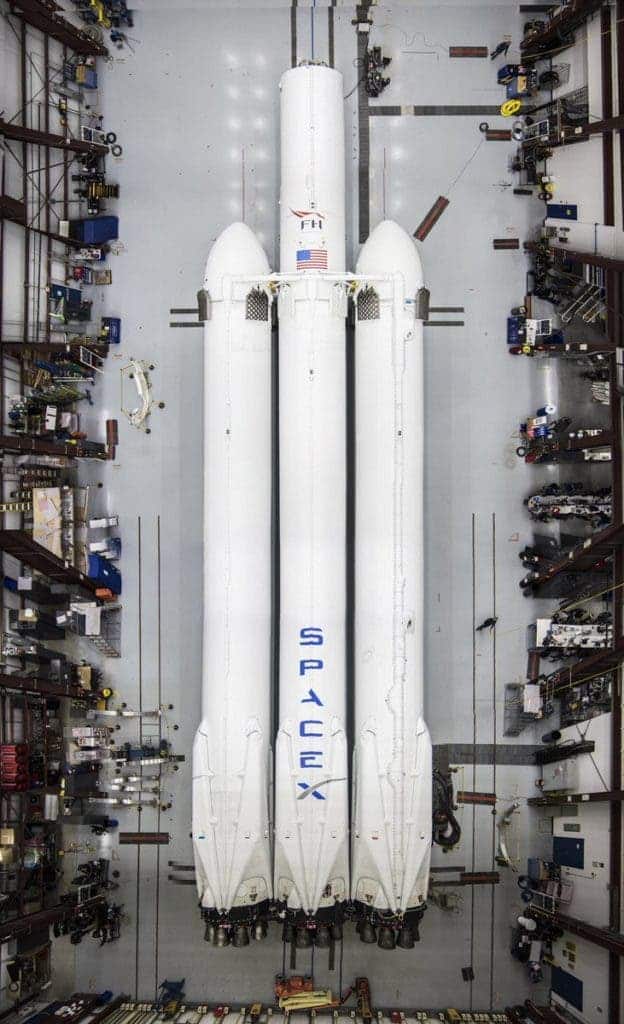 The Falcon Heavy is essentially made up of three Falcon 9s strapped together, which allows it to ferry roughly three times more payload into space than a single Falcon. Its design was first unveiled in 2011 but a series of setbacks have delayed the launch. 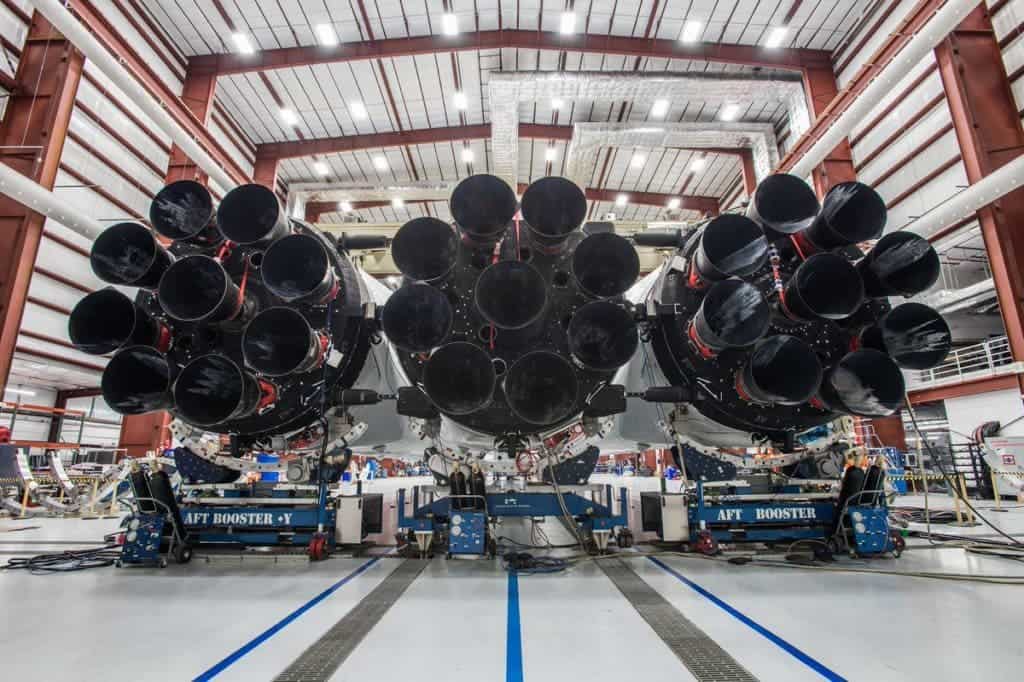 The 224-feet-tall (68.4 meters) rocket is capable of delivering 54 metric tons (119,000 lb) of payload (satellites, cargo, astronauts etc.) into Earth’s low orbit to the moon or even to Mars. That’s the mass equivalent of a 737 jetliner loaded with passengers, crew, luggage, and fuel.  It can even carry up to 4,000 kilograms of payload to Pluto!

No other rocket will be more power once the Falcon Heavy enters operation. And like all the new SpaceX rockets, the rocket will be fully reusable, which might cut launch costs a hundredfold. 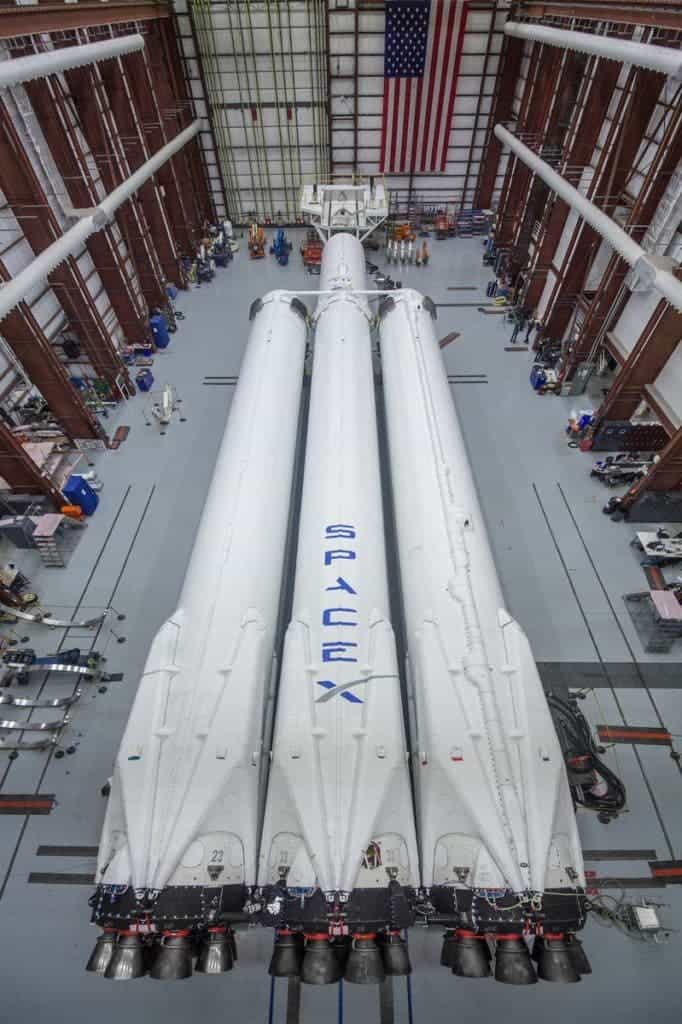 Earlier this year, in May, SpaceX fired Falcon Heavy’s core stage for the first time. The Falcon Heavy is expected to perform its first static-fire test on Pad 39A by the end of this year. One month from now, if everything goes well, the rocket will be prepared for the ultimate test: its maiden voyage into space. Its first payload? What else but Musk’s own cherry-read Tesla Roadster.

Once the Falcon Heavy finally enters in operation, the ‘most powerful rocket’ crown might not last long. That distinction will soon belong to NASA’s upcoming Space Launch System that will provide an unprecedented lift capability of 130 metric tons (143 tons) to enable missions even farther into our solar system.