Utilizing rigorous, state-of-the-art methods, researchers have confirmed the presence of collagen in the fossil of an 80-million-year-old Brachylophosaurus. 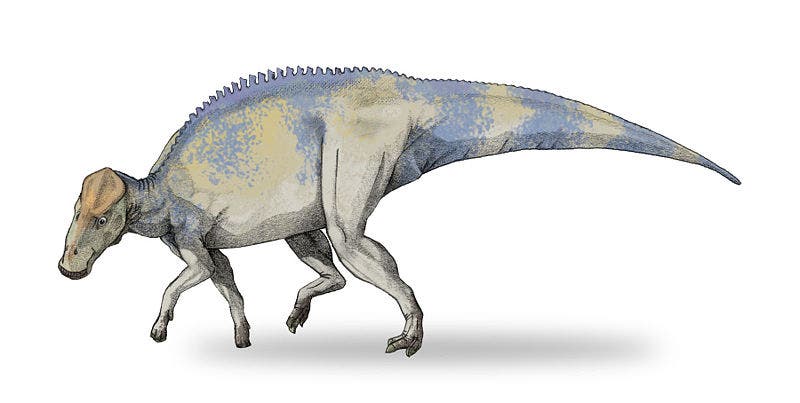 An artistic reconstruction of Brachylophosaurus. Image via Wiki Commons.

Some 80 million years ago, during the Cretaceous, most Brachylophosaurus were likely having a pretty good time. They featured a tough bony crest and reached sizes of up to 11 meters (36 feet), making them inaccessible for most predators.

We’ve found plenty of Brachylophosaurus fossils and we know quite a bit about their anatomy and lifestyle. In 2003, researchers even found evidence of tumors, likely caused by environmental factors or genetic propensity. But now, Elena Schroeter, NC State postdoctoral researcher, and Mary Schweitzer, professor of biological sciences with a joint appointment at the North Carolina Museum of Natural Sciences, have found something even more exciting: collagen.

The discovery was made in 2009, but they wanted to confirm it, using the latest available technology. With today’s equipment, they can strongly claim it is indeed collagen.

“Mass spectrometry technology and protein databases have improved since the first findings were published, and we wanted to not only address questions concerning the original findings, but also demonstrate that it is possible to repeatedly obtain informative peptide sequences from ancient fossils,” Schroeter says.

“We collected B. canadensis with molecular investigation in mind,” Schweitzer says. “We left a full meter of sediment around the fossil, used no glues or preservatives, and only exposed the bone in a clean, or aseptic, environment. The mass spectrometer that we used was cleared of contaminants prior to running the sample as well.”

Collagen is the main structural protein found in skin and other connective tissues — it basically holds everything together. It’s the most abundant protein in the human body and also has numerous medical uses in treating complications of the bones and skin. The fact that the collagen was preserved for millios of years is impressive in itself, but it could be even more significant. Recovering the protein in such fossils could shed some valuable light on the evolutionary relationships between dinosaurs and modern animals, and teach us a lot about collagen itself. 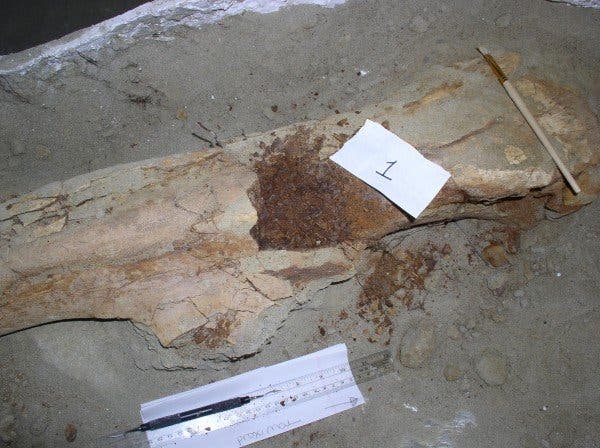 The sample was taken from the dinosaur’s femur and so far, the tests seem to confirm predictions — namely, it resembles the collagen from crocodiles and birds.

“We are confident that the results we obtained are not contamination and that this collagen is original to the specimen,” Schroeter says. “Not only did we replicate part of the 2009 results, thanks to improved methods and technology we did it with a smaller sample and over a shorter period of time.”

Now, researchers are wondering whether this is an isolated, exceptional case, or if other fossils might contain collagen as well. If this is true, then the existing fossil record is teeming with valuable evolutionary and anatomical information we’ve yet to find.

“Our purpose here is to build a solid scientific foundation for other scientists to use to ask larger questions of the fossil record,” Schweitzer adds. “We’ve shown that it is possible for these molecules to preserve. Now, we can ask questions that go beyond dinosaur characteristics. For example, other researchers in other disciplines may find that asking why they preserve is important.”