If CO2 emissions from burning coal continue on their unabated track, Antarctica’s ice sheets could cross a dangerous tipping point where sea levels rise dramatically. According to climate scientists at Climate Analytics, coal needs to virtually disappear from the global energy mix by 2050 if we’re to avert a scenario where millions of people living on Pacific Islands and low-lying shores are forced to displace. 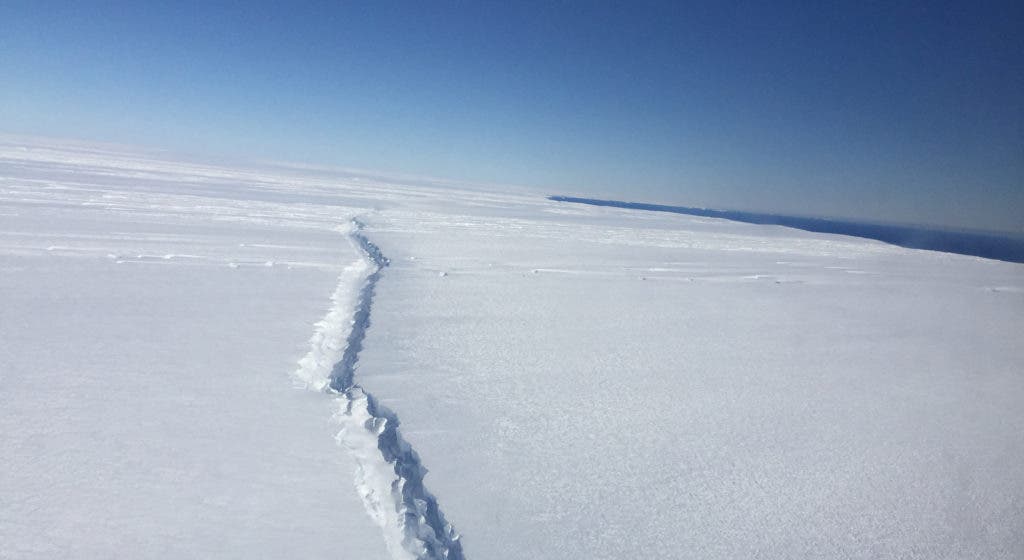 Staying within a strict carbon budget, which entails massively reducing fossil fuel use in favor of more renewable energy, would still lead to half a meter (1.6 feet) of sea level rise by the end of the century. Many experts say this is an overly optimistic scenario that, even so, threatens low-lying populations. That’s still not nearly as catastrophic as ‘business as usual’, though. A new Climate Analytics study published in the journal Environmental Research Letters found more than 1.9 degrees Celsius of warming could cause a run-off effect in West Antarctic Ice Sheet. The melting would accelerate the pace of sea level rise with dire consequences of people’s livelihoods.

The study employed the latest findings in science (high-resolution seafloor imaging, novel modeling techniques) to assess the risks possessed by severe melting of Antartica’s Ice Sheet. The work suggests that previous estimates for sea level rise by the year 2100 in the range of 0.9 meters (3 feet) are too conservative. Rather, an extreme scenario will likely see sea level rise by an estimated 1.32 meters (4.3 feet) if the world continues on its course burning ungodly quantities of fossil fuels through the century. That is 50% more than previously estimated by the IPCC’s AR5 report.

Previous work suggests Antarctic ice sheets and glaciers become more sensitive to higher levels of warming. As more meltwater infiltrates the cracks inside the ice sheet and glaciers, ice will pry apart. Meanwhile, warm ocean water will free floating shelves from rocky anchors, casting them out into the sea.

A call for more ambitious action

The findings underscore how vital it is for nations to stay on track with the Paris Agreement whose goal is to limit global warming to no more than 1.5 degrees Celsius over Industrial Age readings. However, the pledges which governments have made so far are not ambitious enough. To avoid potentially disastrous Antarctic melting, nations will have to slash carbon emissions much deeper, with coal — the ‘dirtiest’ energy source — being the low-hanging fruit in this case.

According to the researchers, if we’re to limit sea level rise to about half a meter, coal shouldn’t make up more than 5% of the world’s energy mix by 2050. Under this scenario, carbon is taxed at US$100 per tonne to provide businesses and governments the necessary incentive to ditch coal and other fossil fuels.

Some developed countries are already well aware how coal emissions threatened the environment and the health of their citizens. This week, news broke that Italy’s government is planning to phase out coal completely by 2025. Elsewhere, similar measures have been announced in Finland (2030), the UK (2025), Indonesia (2030) or the Netherlands (2030). To date, six countries, states, provinces or cities have completely phased out coal power since 2014, and an additional 17 have announced a coal power phase-out date of 2030 or sooner, according to a recent Greenpeace report.