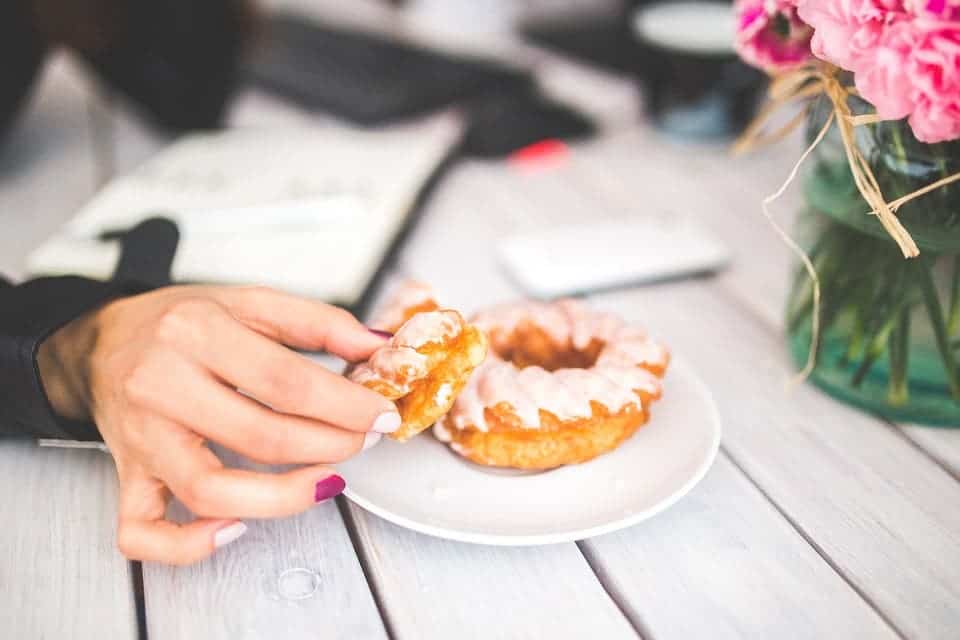 Humans have a soft spot for carbs or fats. But boy, oh boy, do our brains go haywire when you combine the two. According to a recent study, people are willing to pay more for foods high in both, such as donuts or Doritos, than for products rich in only one of the two. After delving deeper, the researchers found that our brains flare-up in craving centers when we’re presented with the magic combination.

“Our study shows that when the signals are combined they make foods more reinforcing,” said Dana Small, professor of psychiatry at Yale and senior author of the paper, in a statement.

The research team at Yale University recruited 56 hungry volunteers and scanned their brains as they were shown pictures of various foodstuffs high in fat, high in carbohydrates, or high in both. The participants were Caucasian, roughly equally distributed among males and females, had an average age of 25 and an average BMI of 22.6 (normal weight).

After the brain scanning, each participant was asked to bid cash in an auction for the kind of food they wanted to snack on. The stimuli were chosen to depict equi-caloric portions, be similarly liked, and familiar. For instance, cheese for fat, pretzels for carbs, pastries for both.

As predicted, the participants are willing to pay more for snacks with fat and carbohydrate, compared with fat or carbohydrate alone. What’s more, the amount they’d pay for the combination foods was more than you would predict by summing the prices for fats and carbs separately. 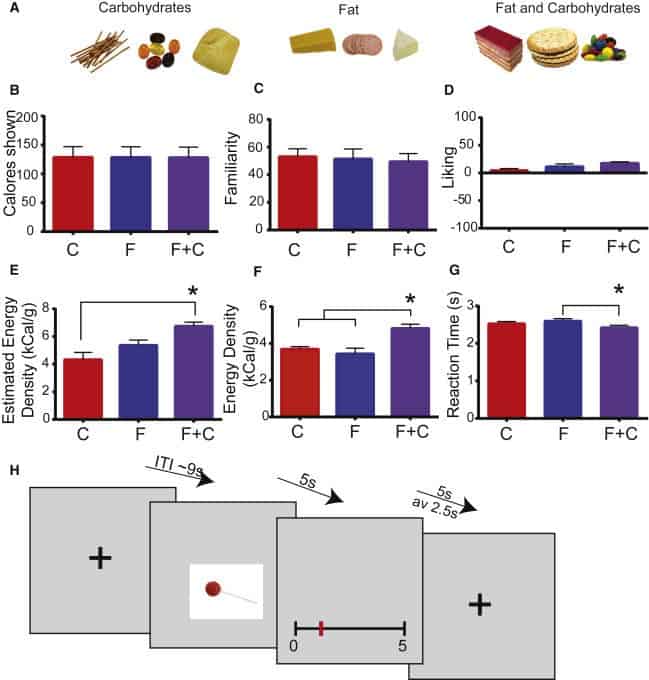 Examples of each macronutrient group are displayed in (A). . A picture of a food item to be bid on was displayed for 5 s. Participants then had 5 s to make a bid on the item. They moved a trackball inside the scanner to move a cursor back and forth between 0 and 5 euros. After they submitted their response it remained on screen for the remainder of the 5 s. Credit: Cell Metabolism.

When the researchers took a look at the brain scans, they found that activity in two brain areas in particular, the caudate and putamen, was much stronger in response to both fats and carbs together than either one alone. These brain areas are associated with craving, reward, and goal-oriented actions, and release dopamine when a person encounters an exciting stimulus.

“In the modern food environment that is rife with processed foods high in fat and carbohydrate like donuts, French fries, chocolate bars, and potato chips, this reward potentiation may backfire to promote overeating and obesity,” Small said.

Foods that are high in both fat and carbs do not exist in nature, with one single exception: breast milk. Fruits are high in sugar, but not in fat, and meat is high in fat but not high in carbs. So modern food is hijacking the neural systems that evolved in the course of thousands of years — no wonder obesity is such a problem in the developed world.

Knowing that the human brain is vulnerable to such stimuli should encourage people to pay particular attention to this class of foods in order to avoid becoming overweight or obese. Bear in mind that junk food companies have known this intuitively for a long time, and directly market to our cravings.

The findings appeared in the journal Cell Metabolism.