We did say ‘Go green,’ but this is really not what we had in mind. 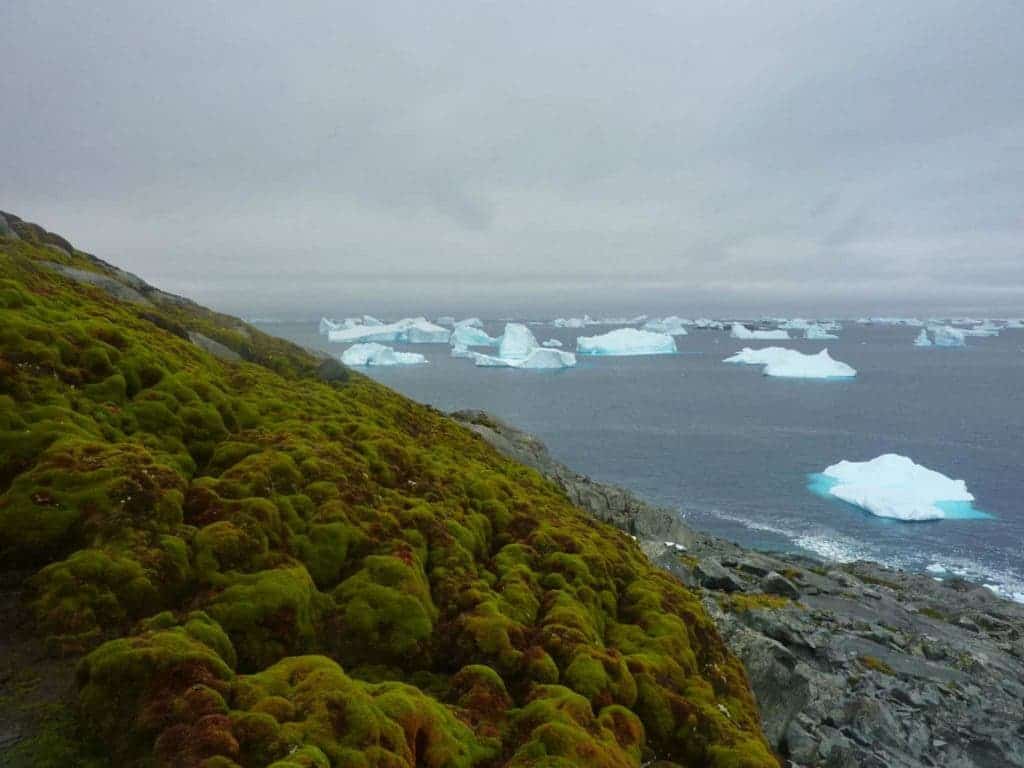 A bank of moss on the appropriately named Green Island in the Antarctic. Image credits: Matt Amesbury.

With global warming acting up more and more, the effects are starting to show. Scientists studying banks of moss in Antarctica report that plant life on the continent is blooming. Two species of moss especially are undergoing spectacular development — they used to grow less than a millimeter per year, but now, they’re growing over 3 millimeters per year on average — and they’re turning Antarctica green.

This goes to show that no place on Earth is truly safe from the effects of climate change.

“People will think of Antarctica quite rightly as a very icy place, but our work shows that parts of it are green, and are likely to be getting greener,” said Matthew Amesbury, a researcher with the University of Exeter in the UK, and lead author of the new study.

“Even these relatively remote ecosystems, that people might think are relatively untouched by human kind, are showing the effects of human induced climate change.”

Researchers have analyzed data from five vertical cores, looking to see what was preserved in the sediment. Although plant life is still very scarce in Antarctica, the sediments in the cores offer scientists a way to see how plant life developed and adapted to our planet’s changing conditions. Thus, they looked at sediments from the past 150 years, studying the amount of moss, its rate of growth, the size of populations of microbes and a ratio of different forms, or isotopes, of carbon in the plants. Because their cores cover a transect which spans over 1,000 km, they can say they have a pretty good idea about what was happening all across the continent.

Amesbury stresses that they’ve found similar differences in all of their research cores across Antarctica. No matter where you look, moss is growing 4-5 times faster than it used to, due to the warming climate.

Still, this doesn’t mean that Antarctica is becoming a plant haven. Just 0.34 percent of it is not covered with ice and snow and allows plants to develop, but this is a clear indication that things are changing incredibly fast on a geological scale. There are no forests on Antarctica yet… but that’s a definite possibility in the future.

“Antarctica is not going to become entirely green, but it will become more green than it currently is,” Amesbury added. “This is linking into other processes that are happening on the Antarctic Peninsula at the moment, particularly things like glacier retreat which are freeing up new areas of ice-free land – and the mosses particularly are very effective colonisers of those new areas,” he added.

Some scientists see this as yet another piece of evidence that mankind has caused the planet to enter into a new geological age: the Anthropocene. The idea is picking up more and more steam, as we’re only now starting to grasp the effect we are having on the planet — it’s not just climate change and its effects, it’s also an unfathomable amount of pollution, the beginnings of a mass extinction, and a layer caused by nuclear bomb testing which will forever remain in the Earth’s geological history.

One thought on “It’s so hot that Antarctica is going green, as global warming triggers moss explosion”