Stanford engineers have developed cheap, low-cost textiles that can cool your body much more efficiently than existing clothes. 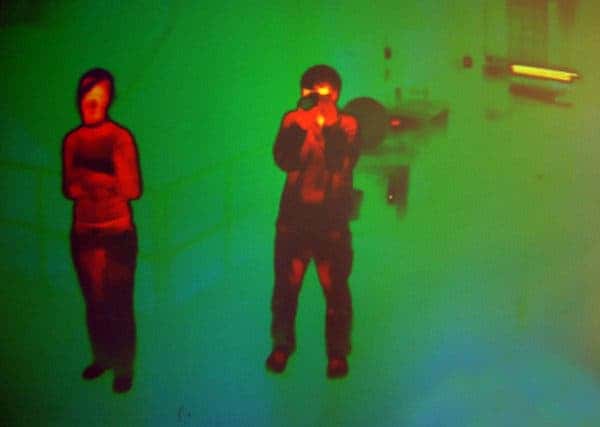 The clothes can make you feel cooler than wearing nothing at all. Photo by AhmetSelcuk.

Naturally, a logical application for this technology would be in hot climates, especially where air conditioning is not available. But even when air conditioning is available, the cooling clothes could help save a lot of energy. Detailing their work in Science, the researchers explain:

“If you can cool the person rather than the building where they work or live, that will save energy,” said Yi Cui, an associate professor of materials science and engineering at Stanford and of photon science at SLAC National Accelerator Laboratory.

There are two mechanisms through which the material cools the body. The first one is not innovative, and is something that already exists in some fabrics: it lets perspiration evaporate through the material. But the second mechanism is indeed revolutionary: it allows heat that the body emits as infrared radiation to pass through the plastic textile. This means that the wearer feels almost 4 degrees Fahrenheit cooler than if they wore cotton clothing.

All existing bodies in the universe give off infrared radiation, which is invisible to the human eye. To easily visualize this, think of night-vision goggles – they see the heat given away by bodies. When you put a blanket on, it doesn’t heat you directly, but it traps the heat you radiate close to you. This material does kind of the opposite, allowing most of this energy to be released.

“Forty to 60 percent of our body heat is dissipated as infrared radiation when we are sitting in an office,” said Shanhui Fan, a professor of electrical engineering who specializes in photonics, which is the study of visible and invisible light.

“But until now there has been little or no research on designing the thermal radiation characteristics of textiles.” 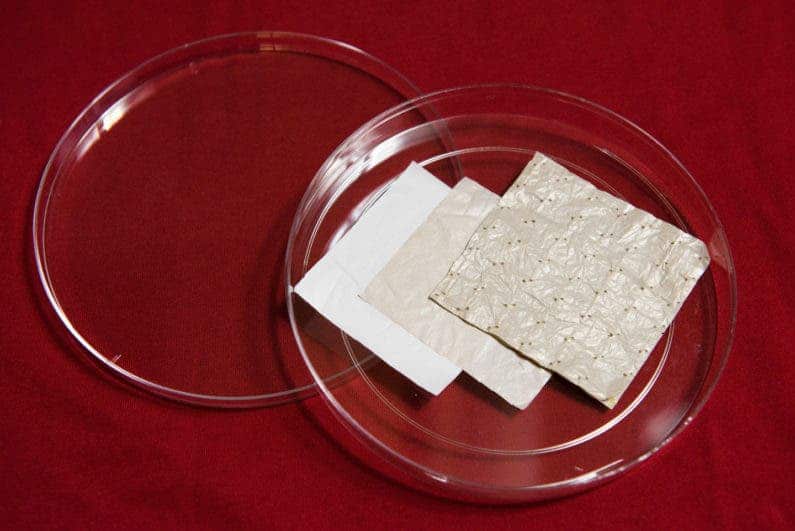 Stanford researchers began with a sheet of polyethylene and modified it with a series of chemical treatments, resulting in a cooling fabric. (Image credit: L.A. Cicero)

While the idea sounds fairly simple, the technology behind it is anything but. The team implemented nanotechnology, photonics, and chemistry to give polyethylene – the common, transparent plastic often used as kitchen wrap – a number of desirable characteristics. For example, they made it allow thermal radiation to pass right through it. The same goes for air and water vapor. They also made it opaque (not transparent).

But people don’t wear plastic, so they had to change it once more. To make this thin material more fabric-like, they created a three-ply version: two sheets of treated polyethylene separated by a cotton mesh for strength and thickness.

Better than wearing nothing at all

The end result was that the clothes keep you cooler than your own skin, which is quite an achievement.

“Wearing anything traps some heat and makes the skin warmer,” Fan said. “If dissipating thermal radiation were our only concern, then it would be best to wear nothing.”

The team is now working on making different textures and colors, making it suitable for mass production. The material and the thermal treatment is quite cheap, and it could be suitable for countries in hot climates.

“If you want to make a textile, you have to be able to make huge volumes inexpensively,” Cui concluded.