Butterflies are some of the most exquisitely patterned and coloured creatures in the world. The colours all start with the scales on their wings. The scales contain crystals called gyroids that are made of chitin, the substance that is also in insect exoskeletons. These structures are complex and just a few nanometers large — so extremely tiny. Nanotechnology, creating tiny structures for industry, also creates such small-scale structures. They are important in areas such as medicine, electronics, and space travel. However, the nanostructures on butterfly wings are way more complex than anything that can be man-made. A group of researchers examined how the crystals develop on a butterfly’s wing for potential uses in industry. 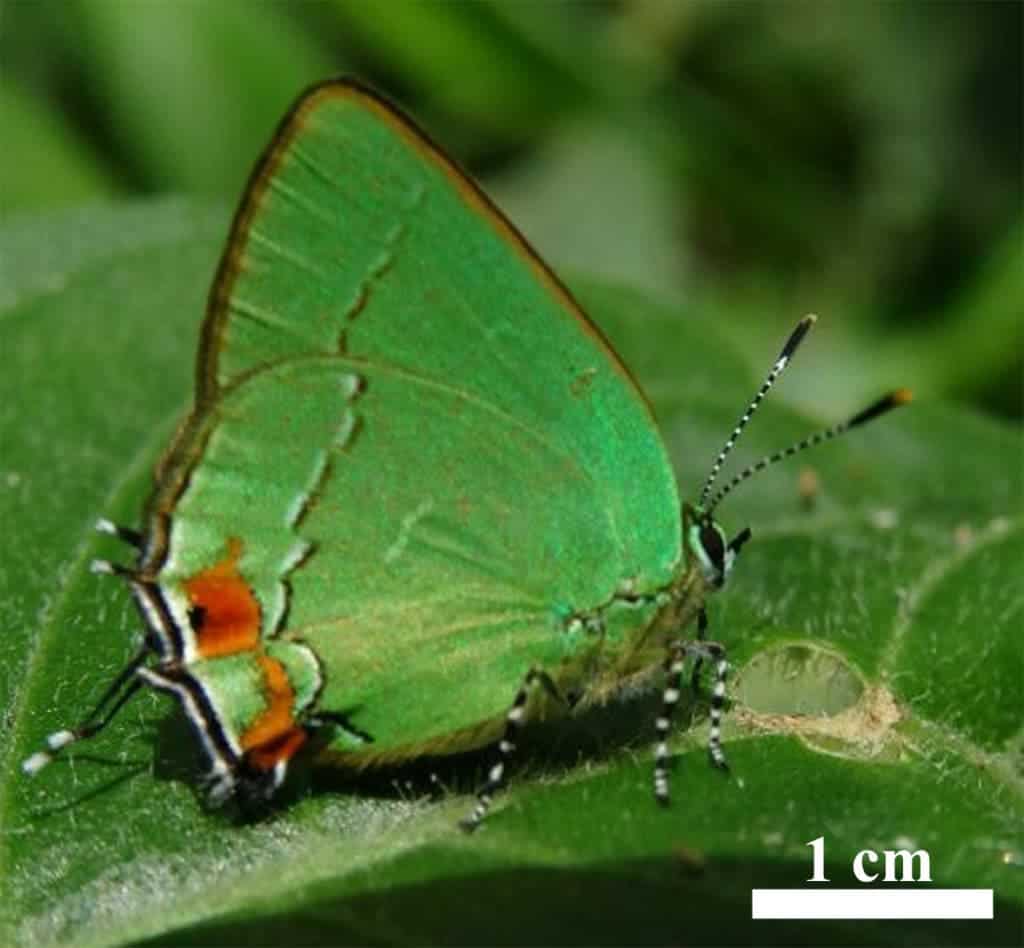 The study that is published in Science Advances set out to discover how these crystals that give butterflies their magnificent colour form. It isn’t yet possible to study a butterfly’s wing while it’s developing, so the researchers examined the scales of a grown butterfly under extreme magnification. The subject? The small Hairstreak butterfly Thecla opisena from Mexico. The upper side is jet-black with blue patches while the lower side is green with a small red patch on the bottom edge of the wing. However, if you zoom into the bright green wing it’s actually not all green. The cover scales are bright green while the background is an orange-red colour. The cover scales themselves are not completely green but are made up of several domains that don’t overlap. 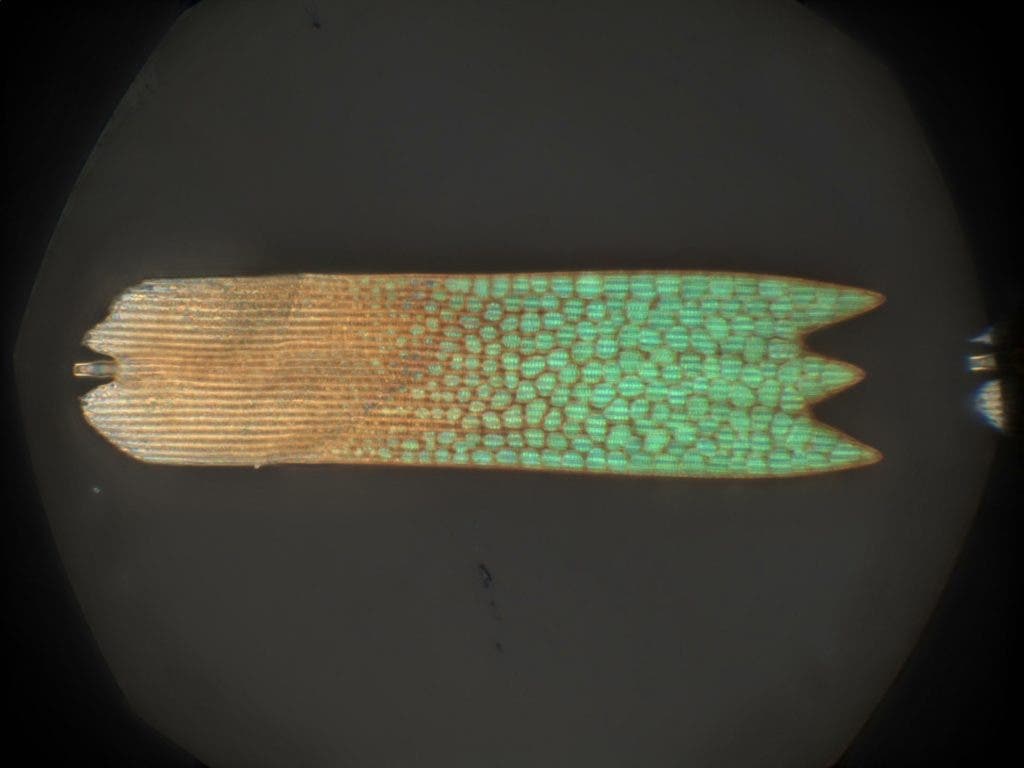 A close-up of one wing scale wing; it has a red background with green domains on top. Image credits: Wilts et al., 2017.

Each scale contains structured nanocrystals that interestingly, were spatially separated and loosely connected to the lower surface of the wing. On the wing, the crystals were arranged in lines, and at the beginning of the line the crystals were really small but as you progress further down the line, the crystals get larger. Perhaps, the scales form this way and are constantly growing on the wing. They seem to be developmental stages frozen in time and show the process of how these crystal form. The way that the scales develop is likely that the casing forms first and then the internal gyroid structure follows. 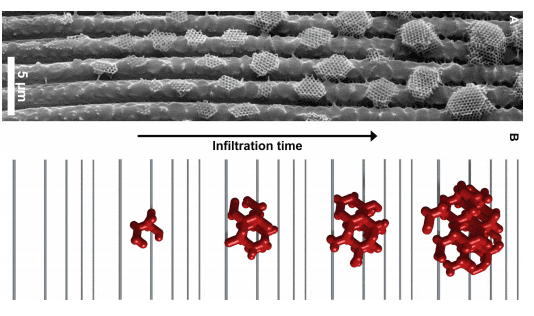 We do need to keep in mind that this is just one butterfly out of more than 140,000 species. However, it is likely, according to the authors, that this way of development can be generalised to most wing scales and that all butterflies get their colour in a similar way. They could be very useful for nanotechnological applications, such as light-guiding technology because they can manipulate light in arbitrary directions. It is interesting to see how the natural world inspires technological advances.

One thought on “How butterflies have such a beautiful colour”