It’s not common for mathematicians to make the front page, but this is exactly what happened today — in Oslo, at least. The Norwegian capital was teeming with excitement for the Abel Prize ceremony, one of the highest distinctions in mathematics. This year, the award was won by Karen Uhlenbeck who, aside from her pioneering contributions in the fields of gauge theory and geometric partial differential equations, also had a fundamental impact on analysis, geometry, and mathematical physics. In the packed aula at the University of Oslo, she received the well-deserved prize from none other than the King of Norway himself. For a brief moment, the world got a glimpse inside the life of one of the world’s most brilliant mathematicians. 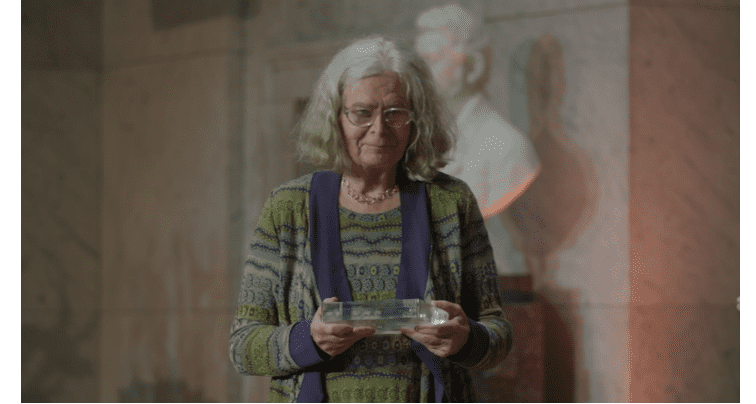 Uhlenbeck’s work, like that of any eminent mathematicians, seems esoteric for all but a small group of mathematicians. As it’s so often the case in modern science, overspecialization makes it difficult for researchers to spread their wings in other fields.

This is, in part, what makes Uhlenbeck’s work so special, even among other researchers: her work stretches across multiple fields with remarkable ease. For instance, Uhlenbeck provided remarkable insights on “minimal surfaces” — something commonly referred to as “bubble theory”. This work has given theoretical physicists the tools to describe complex surfaces such as soap bubbles, which are challenging to address mathematically. Uhlenbeck tackled the great puzzles posed by such surfaces, as well as their interaction with physical forces such as electromagnetism and nuclear forces. She also published remarkable work on gauge theory, a class of quantum field theories used, among others, to describe elementary particles and their interactions. Gauge theory is one of the building blocks of the Standard Model and is also used to consider the overall shape of the universe. There too, she excelled.

This proved to be a common theme for Uhlenbeck who, despite substantial adversity, achieved remarkable success.

She was the first woman in 58 years to give a plenary lecture at the International Congress of Mathematicians, after Emmy Noether in 1932 — such a shocking figure reveals just how difficult it is for women to succeed in such a male-dominated field. Now, she’s the first woman to ever receive the Abel Prize, arguably the highest honor in the field. Yet for all her amazing achievements, there’s a very gracious and down-to-earth air about her.

“I think I’m a very lucky mathematician,” she says. She was inspired by the Sputnik, the first satellite sent into space, and the feminist movement. But at the end of the day, luck can only go so far. “I took advantage of my luck,” she continues. “If people are lucky, they often don’t realize it, and if you’re lucky you don’t notice it and you don’t do anything — it’s a wasted opportunity.”

Thankfully, she did notice.

Uhlenbeck is not your typical mathematician — she herself will say that much. At some point during the 70s, she attended a university interview wearing running shoes. Of course, that wouldn’t turn too many heads, but at the time, it was shocking. This tiny event in such a long career is very telling: it’s the mark of someone who just wants to do math. 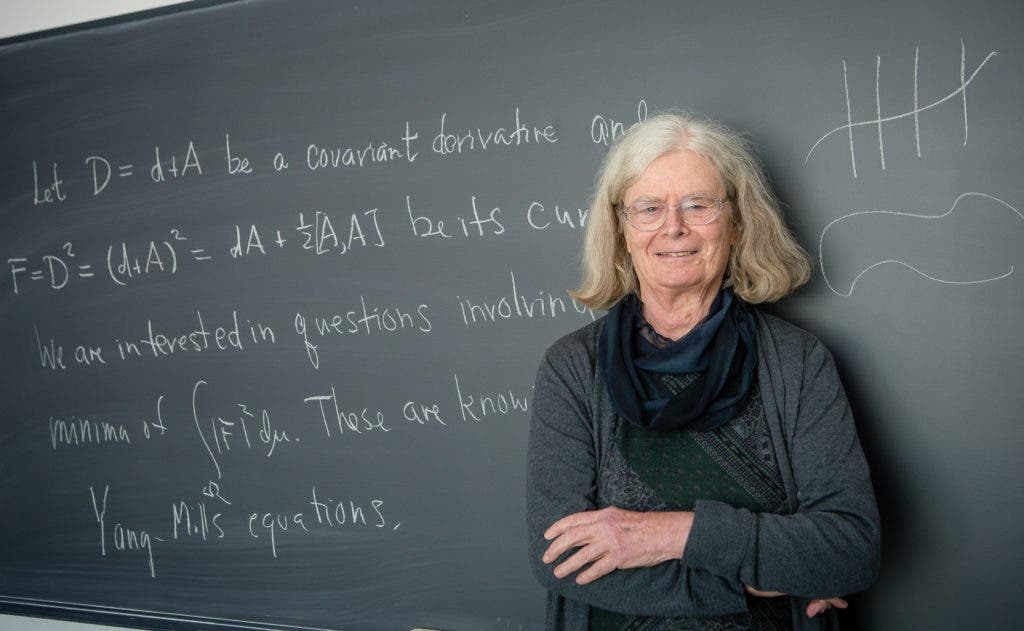 It wasn’t always like this. She was never supposed to be a mathematician; it just sort of happened along the way. She wanted to study astronomy — but not by looking at the stars, she says. Rather, by using numbers to understand the universe.

“As a girl, I was not designated for a particular profession. During my 2nd year of high school, the Soviets launched Sputnik and the US realized that it wasn’t producing enough mathematicians and scientists and I benefitted from this. It was such a specific goal that women and minorities were specifically included in these programs. I was much encouraged by my professors,” she recalls.

Despite describing adversity from a male-dominated system which was reluctant to change, Uhlenbeck stubbornly refuses to claim any special merits. Give women equal chances and you will get equal results, she says.

“Everyone makes a big deal that I’m the first woman to win the Abel prize”, she says as she scribbles a theory that took several years to develop on a blackboard. “I was just ahead of the pack,” she adds.

“All you have to do is look at history — I was in the first generation of women for which the opportunities were available.”

Yet despite her firm position, it’s hard not to notice that she is special. At 76 years old, she is still a brilliant mathematician who likes to study the world and take on complicated problems from the comfort of her favorite chair. There’s also something distinctively whimsical about her way of seeing things.

“I write my journal in different colors,” she says, and then giggles. “Just because I like colors.”

A love of mathematics

Mathematics is often strange, especially modern mathematics. It’s easy to see how it lies at the core of virtually all the science we have developed, and yet, it’s hard to know where solving a math problem will take you. Sometimes, it will take years or decades before there is a use for it. For some problems, there may never be a practical application — but that’s completely fine, says Uhlenbeck.

“The role of mathematics is long-term. It doesn’t solve a problem, it creates a language which is used to later solve problems. You would expect things to have consequences years in advance but at the time, it can be really esoteric. Think of Einstein’s Theory of Relativity. It’s very mathematical, and you needed to find good examples to test this theory. It took a few years before there were studies to see that light curves… and now it’s used in your cell phones — but that’s 100 years later!”

At the end of the day, math is much like philosophy — its usefulness is much about teaching people how to think. It’s a fundamental endeavor, even without being practical. Uhlenbeck hopes that people can learn from mathematics, understanding that in modern society, we need farsighted thinking — the kind of thinking we have with mathematics.

“[I’d like] to convince people to think in the long run — stop people from thinking about what’s happening now and think more long-term; and also value ideas for their own sake! Human beings have benefitted tremendously from philosophy, art, music — and none of this is practical, it’s all part of human endeavor. If I sit down and think about what is really fundamental about human endeavor, I think mathematics is part of it.”

So what about her? After such a long and fruitful career, has she had enough of mathematics?

“Pure mathematics is an amazing subject, and I feel very privileged,” she says.

Her eyes sparkle with the unmistakable glow of someone who will forever enjoy their work, and you don’t need too many words (or numbers) to express that.