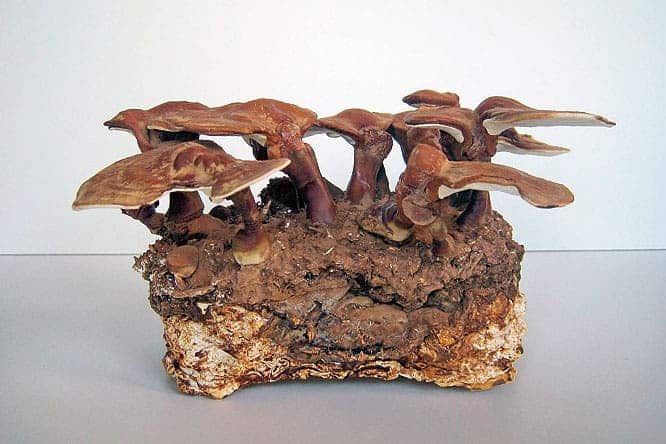 Philip Ross is an artist and lecturer at Stanford University who focuses on an unlikely sustainable design element: mushrooms. After years of growing mushrooms, Ross has learned that there’s far more than meets the eye to mycelium — the extensive and tangled network of rootlike fibers that grow beneath the ground. According to our fungus expert, when left to dry the mycelium can become an excellent raw material for various constructions. For instance, Ross used the mycelium to fashion bricks out of.

Among its many properties, the mycelium bricks are:

actually, the mycelia-bricks are stronger than concrete pound-for-pound

and also water- and mold-resistant 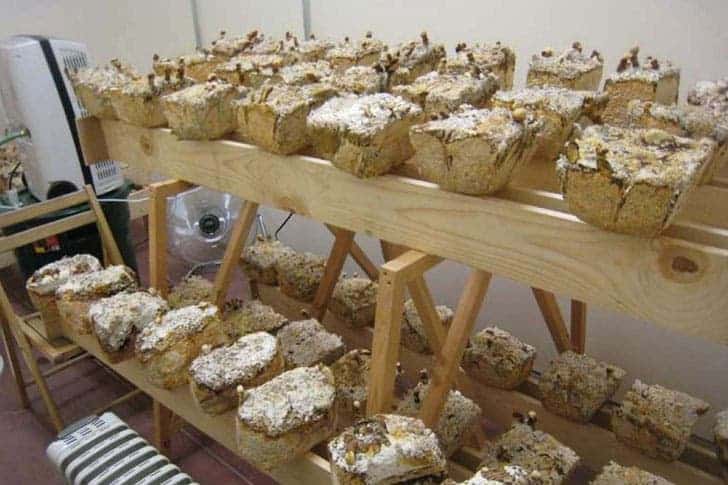 The fungus is grown in the shape of a brick directly and is then left out to dry. Credit: Ross. 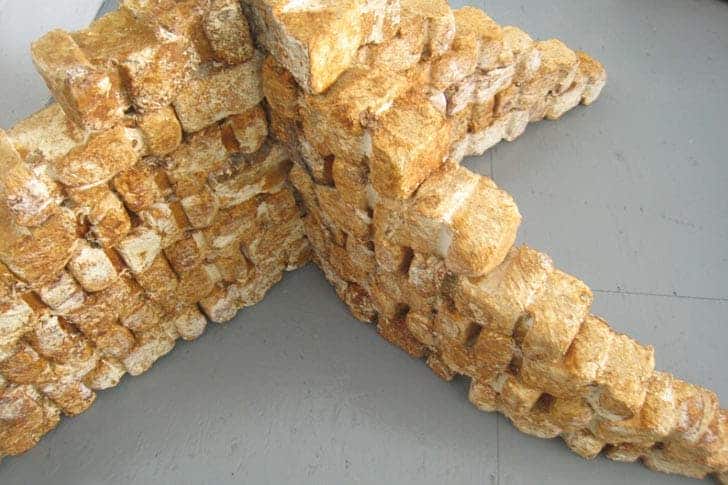 The bricks can be stacked to make just about any structure. Credit: Philip Ross. 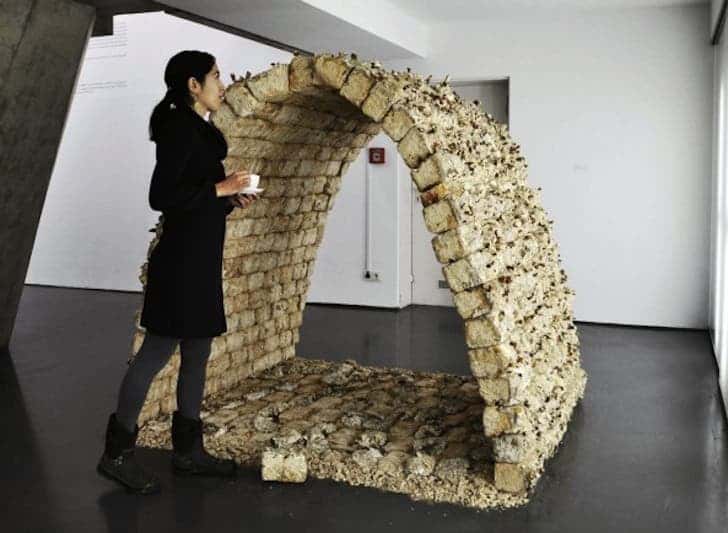 This arched structure was exhibited at the Kunsthalle Düsseldorf as part of the 2009 Eat Art exhibit. Credit: Philip Ross. 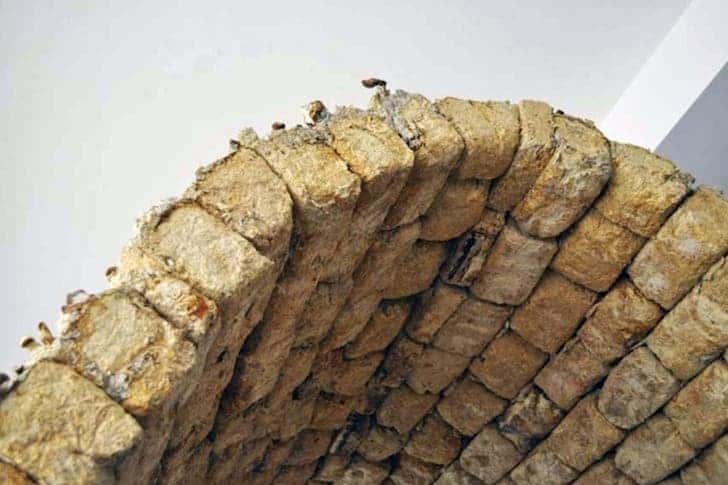 This structure was grown from the fungus Ganoderma lucidum. Credit: Philip Ross. 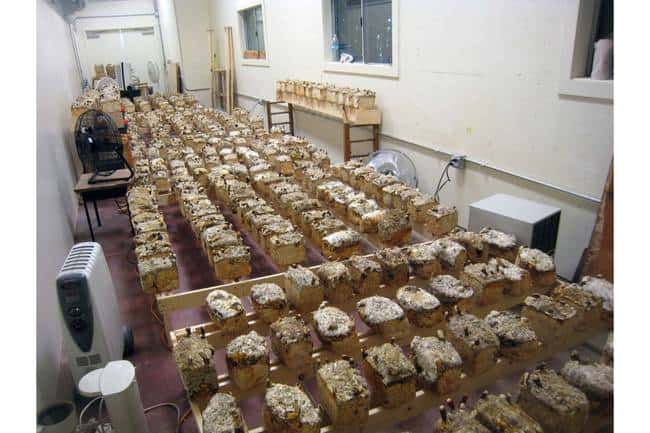 Generally, when fungus creeps out on our wet walls, that’s highly undesirable. It looks unhygienic and, well, gross. But Ross is working hard to dispel the aversion most people have around raw mushroom cultures, and the tests he’s run so far suggest mycelia can be an excellent practical construction material, beyond its artistic value.

“I’ve done a ton of engineering tests this past year as part of the patent process to figure out what makes fungi grow stronger or not. And to all accounts it seems like you can use this process in a host of different applications, ranging from the more pedestrian things like furniture or building materials but even up to such far out applications as growing fungal shapes to grow human organs within, or organic batteries or even computers. So it can kind of become a lot of things. It’s sort of like a plastic that can potentially be used for God knows what,” Ross told Glasstire in an interview. 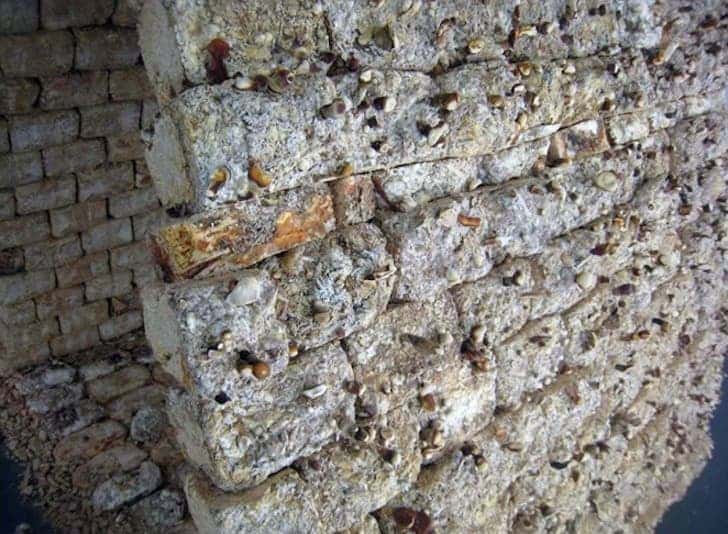 While you’ll never be able to replace concrete with mycelia at the scale and requirements the industry demands today, mycelia bricks certainly have their niche. Their main practical use is as a substitute for petroleum-based plastics — biomaterials regionally sourced and produced. At some point, Ross hopes to make an entire building that can house 12 to 20 people out of the myco-bricks, likely out of reishi mushroom — a favorite for Ross and colleagues.

Mushrooms — the building material of the future?

What’s more, the mycelia can be grown into any shape. Previously, Ross grew fungal sculptures that have been exhibited in art galleries and museums around the world. He’s even grown furniture like mushroom side tables and lounge chairs.

It’s cheap too — you only need some nutrients and often anything from sawdust to pistachio shells will do. It’s because the mycelia grow together with the feedstock material that Ross is able to turn the mushrooms into any shape. And don’t worry — every building block is baked to kill the organisms, so that if it ever got wet, mushrooms wouldn’t start sprouting again.

Nowadays, after filing for patent, Ross is busy with a startup he co-founded called MycoWorks. The company’s flagship product at the moment is a ‘fake’ leather “grown rapidly from mycelium and agricultural byproducts in a carbon-negative process.” 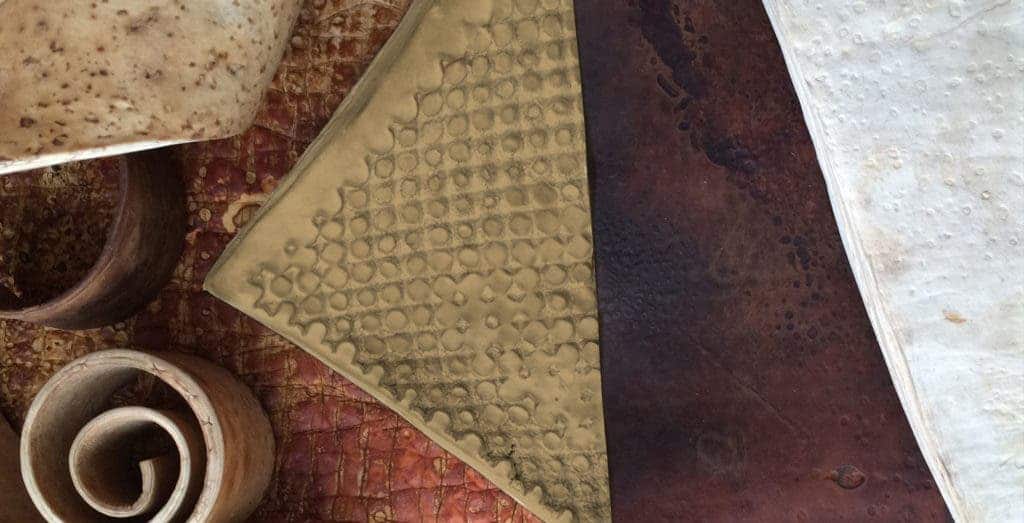